Instead of a thousand words: the iPhone 6s (2015) ahead of Galaxy S8 (2017) to test the performance in real conditions

In April, the creators of the YouTube channel EverythingApplePro conducted a comparative performance test of the smartphone Galaxy S8 or iPhone 7 Plus. Then gadget Apple surpassed rival by a large margin. Later, the creators of the project PhoneBuff, questioning the impartiality of enthusiasts decided to repeat the experiment. iPhone 7 and Galaxy S8 held a rematch, but the latter again was lagging. As any Android smartphone and not managed to surpass the flagship Apple, PhoneBuff decided to compare the performance of “Apple” smartphone of 2015 with the latest Samsung phone. 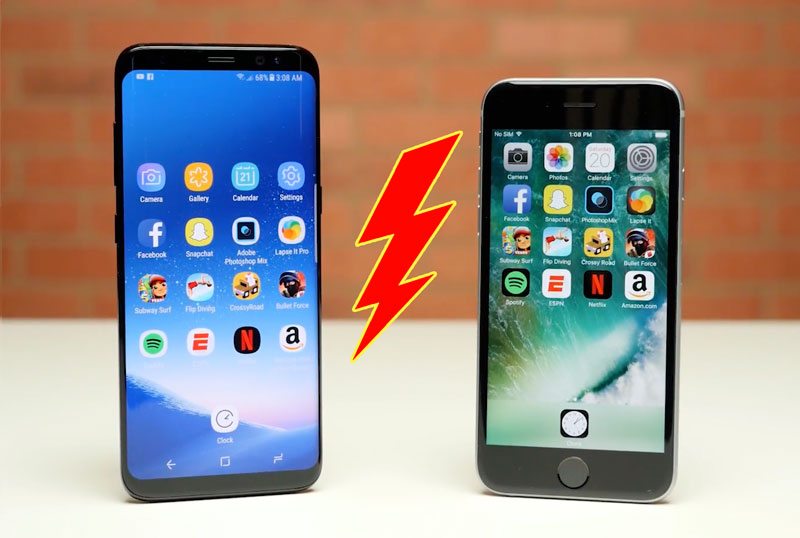 iPhone 6s with 2 GB RAM and dual-core processor Apple A9, while the new Samsung Galaxy S8 was much more impressive performance: top-end Qualcomm Snapdragon processor 835 and 4 GB of RAM.

Algorithm “benchmark” was similar: the author of the experiment started the stopwatch on both devices, and then successively 16 popular games and apps on every phone. The result is then recorded and smartphones left on the second circle. In other words, you have not used benchmarks – the goal is to compare the technical characteristics, most importantly the behavior of the device in daily programs. 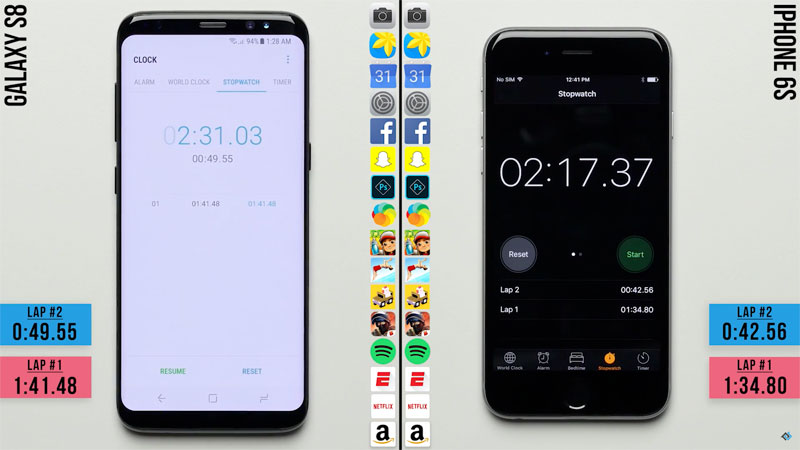 iPhone 6s coped with the task in 1 minute and 34 seconds, and Galaxy S8 it took 1 minute and 41 seconds. The second “circle” of the Apple smartphone was held for 42 seconds, and the phablet Samsung has done running the application from RAM for 49 seconds. The gap on the second lap due to the fact that one of the games does not “fit” in RAM, the Galaxy S8 and re-loaded from ROM.

Although the superiority of the iPhone 6s on Galaxy S8 was not as significant as the iPhone 7, it is understood that we are talking about Apple two years ago.