Intel announced a new family of processors Core i7 Extreme Edition based on the architecture Broadwell-E. the Flagship of the new range was a Intel Core i7-6950X – the first processors with 10 cores for the desktop. The most powerful desktop chip from Intel valued at $1723. 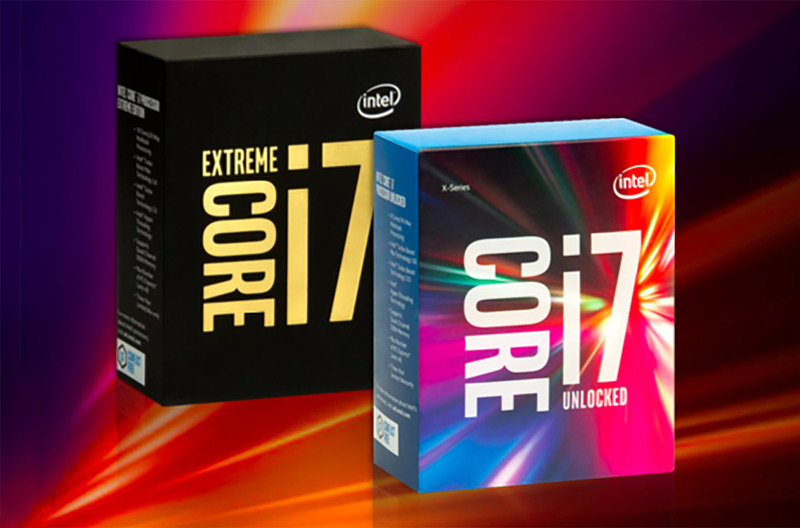 New CPU not simply increase the level of performance compared to predecessors thanks to its increased number of cores and architectural improvements. Novelties get the “extreme” Intel platform to a new level-both in terms of opportunities and at a fraction of the cost.

In recent years, a category of users who lack the power of modern processors for desktop PCs, but who for some reason do not want to switch to server solutions like the Intel Xeon. Such users use demanding professional applications and modern computer games. Moreover, they don’t mind overclocking, as well as its tuning for specific tasks.

Family processors, Broadwell-E will be offered as in the boxed version, and in the embodiment for the finished systems. They are compatible with existing motherboards based on chipset Intel X99, you only need to update the BIOS of the motherboard. However, this hasn’t stopped some motherboard manufacturers release to debut Broadwell-E fresh model of their products. 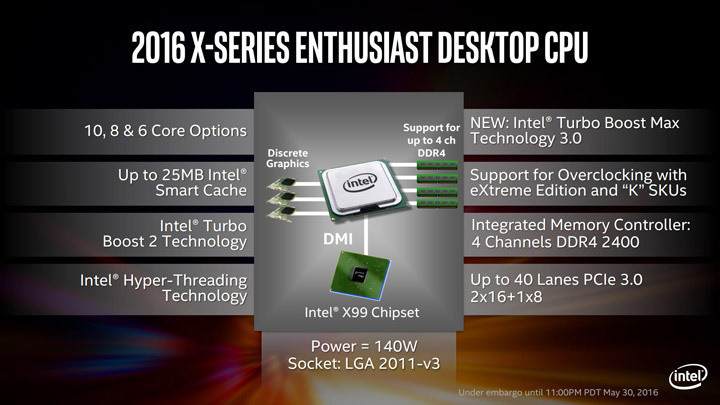 All new processors support Intel socket LGA 2011-v3, Quad channel DDR4-2400, 40 lines PCI Express 3.0 and Hyper-Threading (simultaneous processing of up to 20 threads — two threads per core). The frequency multiplier is unlocked, so the CPU can be freely overclocked.