Interview with EMKWAN: the Most famous tehnobloge the Middle East on the prospects and failures of Apple

2019 has just begun, but many analysts and bloggers are already making their predictions about what Apple might introduce this year. 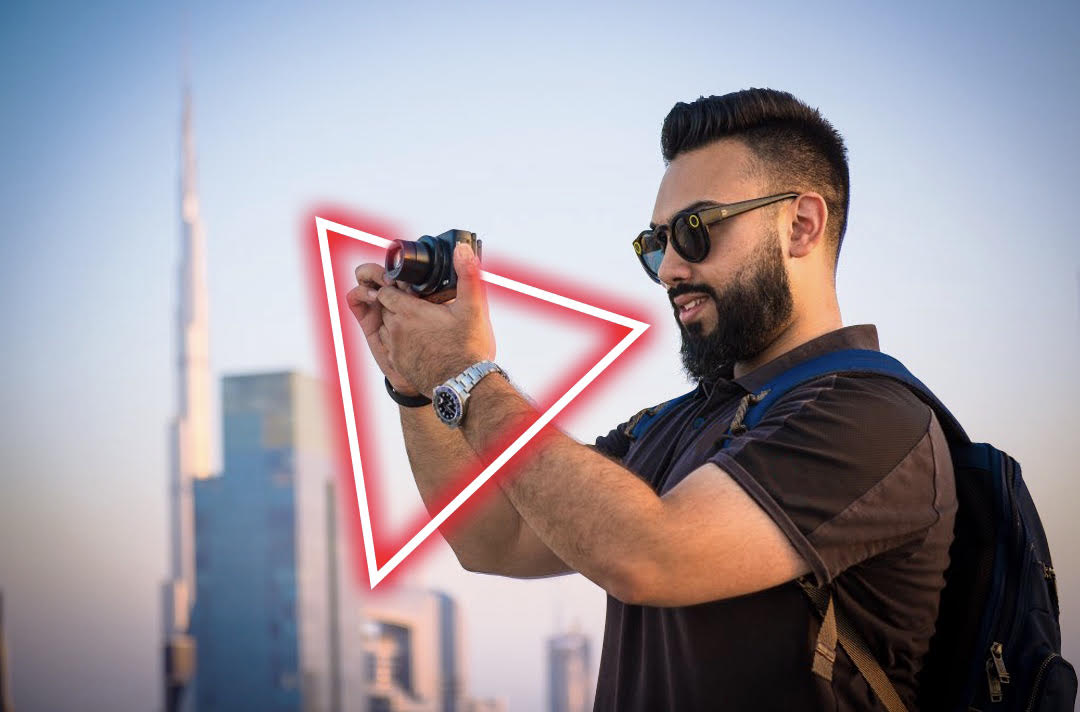 We asked about the products and most of Apple’s most famous technologer Abu Dhabi- EMKWAN.

EMKWAN collaborated with international brands and has advised government agencies and a number of reputable publications. Among the companies he worked for include: Apple, Twitter, The Gadget Show (UK), Nissan / Infiniti, Bentley, Mercedes Benz, the government of Abu Dhabi, U. A. E. and many others.

In 2014, Esquire magazine recognized the breakthrough blogger opinion leaders in the digital environment of the entire region.

EMKWAN was among the first who got the iPhone X directly from Apple a few days before the start of sales, and who “Corporation of good” has provided an overview of Google Glass.

What are the three Apple product considered a breakthrough in 2018?

I was fortunate to attend the presentation of the iPhone and Apple Watch in 2018. Most impressed new smart watch. In particular, how they have become more refined in comparison with previous generations. Most of the subscribers and friends know that I prefer mechanical watches from luxury brands. Despite this, ever since I got Series 4, I began to wear the Apple Watch much more often than when I had the smart watch Apple previous generations.

What gadgets 2018 impressed the most?

Overall, I was a little disappointed with most devices released in 2018. If you don’t count the Apple products I’d say with the updated camera, Huawei Mate 20 Pro — incredibly good gadget. I hope that Apple will improve camera in next generation iPhone, especially for shooting in low light and extra-wide frames.

The new smartphones. With upgraded hardware and possibly with lower prices. If you believe the rumors caused by the recent announcement lowering the forecasts of income, we can conclude that Apple has a problem with pricing. If the company will correct the situation, then the iPhone will be sold much better.

Can the iPad Pro to replace a full-fledged computer in the foreseeable future?

The latest generation of iPad Pro is extremely powerful, in terms of hardware, and they perfectly cope with most everyday tasks. I spoke about this on his YouTube channel. I’m still trying to make iPad Pro is my main tool for work, but it lacks true multitasking and the ability to edit video on a professional level. As soon as the iOS for iPad will be something more than just a larger version of the iPhone OS, we can replace your tablet full PC.

Which iPhone is better to buy at the beginning of 2019?

iPhone XR — perfect balance of price and quality at the moment.

What is the Apple product that he used, I think the most unfortunate?

HomePod. Especially here in Dubai where, in fact, it’s just a column. Siri’s capabilities are very limited. I am disappointed that Apple is still focused on improving the voice assistant, to bring it at least to the level Google Assistant.

What is your pet peeve in iOS?

Restrictions on the iPad. I’m happy with iOS on the iPhone.

In 2018 Apple released the iPhone XS Max with the largest display among all smartphones. When Apple will introduce new form factor of mobile phones?

What would have happened if the company still managed to Steve jobs?

A difficult question. The reality is that the company needs to evolve and change. And Apple is no different from the others. Easy to say “If Steve Jobs was not like this” after his death. In fact, even when Steve was CEO, he made mistakes. Apple has the right to make mistakes, because the company is still a strong spirit and a strong team. That’s what I understood by visiting the Apple campus, Park in 2018, and communicated with higher guidance.

Who will replace Tim cook?

I don’t think Tim is going to “retire” in the near future, but if someone will replace, most likely it will be Federighi or Ive.

What technology Apple is developing?

Siri needs real improvement. I believe that the voice assistant has to be improved in the first place, many products and services depend on it. Other products are still incredibly good in their categories. Take, for example, the Apple Watch — they occupy a leading position among smart watches in 2018 or 2019. The same can be said about the iPad and its position in the tablet market.

In 2014, Apple bought Beats and virtually destroyed the company. As you see, Apple buys specially those companies and startups who are afraid?

I don’t think Apple ruined the Beats. In any case, sales of headphones grew in the 3rd and 4th quarters of 2018. Perhaps we will see new products developed by Apple, but released under the brand Beats in 2019.

Due to recent events, Apple’s stock is falling rapidly. Possible bankruptcy of the Corporation, which last summer cost a trillion?

The decrease in revenues reflects on an incredibly successful and stable growth of Apple. The problem lies only in the fact that it violates the norm of the company. Although I do not believe that in the near future Apple will go bankrupt. We saw in the market there are accessories for iPhone and iPad, which already existed, but some manufacturers have made them so well that earned it more than others. The decline in food prices will help Apple in the short term. The only real innovation is what will not allow corporations to choke.

This year it announced the Apple products become more expensive than ever. Will the company start cheap gadgets in the foreseeable future? (If so, what?)

I think that this can happen. In the fourth quarter, we saw a lot of changes in the prices of the new iPhone, such as the XR, so maybe we will get more lucrative offers in 2019. No matter, says Apple, users are currently not considering buying the iPhone overpriced. Probably, the Corporation will go all out to try to sell the new model in those volumes, which were sold previous models, which will lead to lower prices.

In addition to the YouTube channel EMKWAN maintains an active blog on Instagram, which talks about gadgets and technology.