iOS 10 is one of the most interesting software releases, Apple over the past few years. The operating system is still under development but the first test build is already available for download. The main question that interested users: how well things are going iOS 10 with battery life. The author of the YouTube channel EverythingApplePro decided to compare the autonomy of all supported models of iPhone on iOS 10 and iOS 9.3.2 using synthetic test Geekbench. 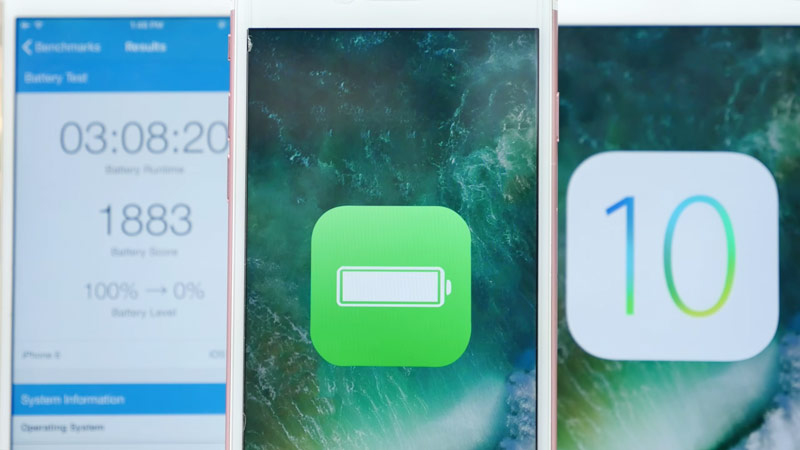 During testing smartphones brightness level on all iPhone was set to 50%, was also activated the airplane mode and Wi-Fi.

iPhone 6s iOS 9.3.2 passed the test with a score of 2195 points, after 3 hours and 39 minutes. The same device on iOS 10 earned 2186 points – the result is 3 hours 38 minutes. Thus, on the flagship Apple smartphone, the level of autonomy operating systems approximately the same. Another test iPhone 6s showed the result in 2115 points on iOS 9 and 2110 points iOS 10.

In the case of the iPhone 6 Plus, the difference was more noticeable. On iOS 10 smartphone worked 4 hours, 58 minutes and earned a score of 2981. On previous OS versions the result was 3013 points and 5 hours 1 minute of continuous operation. On the second test the iPhone 6s Plus with iOS 9 has managed to achieve 6 hours and 25 minutes mobile – 3853 points. On iOS 10 the same apparatus showed 3788 points 6 hours 18 minutes battery life. 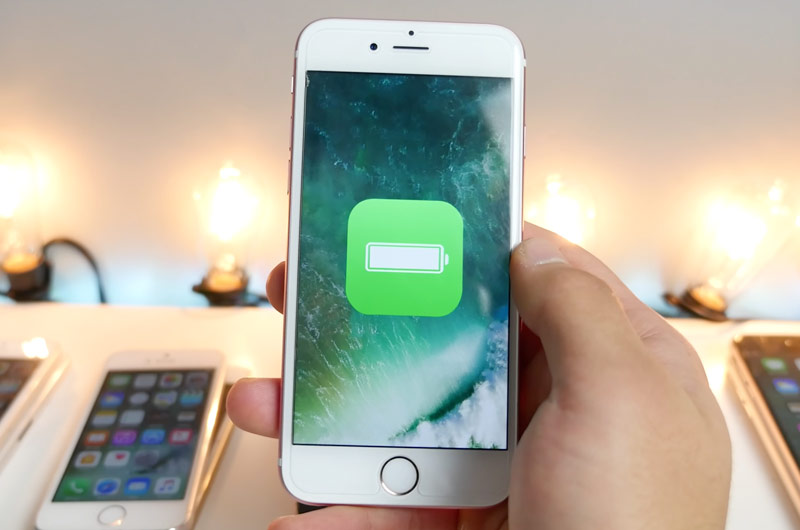 This test clearly showed a decent level of autonomy of the new OS Apple, given that we are talking about the first beta. In some cases iPhone works on iOS 10 as well or even better than iOS 9.3.2.