iOS 11 beta: how to prepare your iPhone and iPad to update

Tonight Apple released the first beta of iOS 11. Ahead of the release of the time to prepare your mobile device to transition to the new OS. Of course, if you do plan to install iOS beta 1 11. 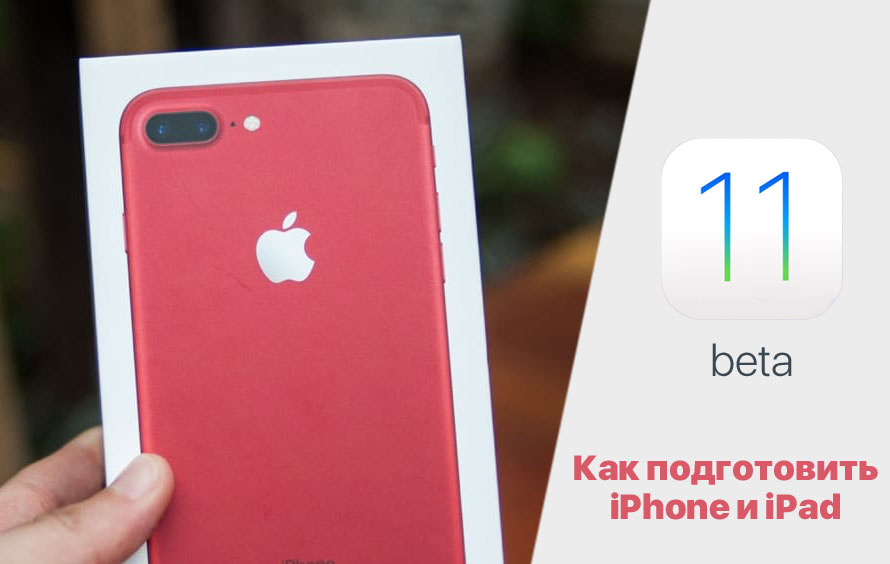 In this article we will tell you how to prepare your iPhone and iPad to upgrade to iOS 11 beta 1.

In order to among the first to access the beta version of iOS 11, it is necessary to account developers. To register in the Apple Developer program by clicking this link: developer.apple.com.

Make a backup of your data via iTunes / iCloud

Backups need on a regular basis, regardless of, you are going to upgrade the OS. Connect to iTunes and creating a backup of the iPhone and iPad ensure the safety of your data and the possibility of their recovery in the event of a problem with iOS 11.

Upgrade to the latest public version

The iOS version 10.3.2 is relevant at the moment. If your device is running an earlier build, you need to be updated so that no potential problems go to iOS 11. If you are using a gadget with jailbreak, it is better to wait for the announcement of Pangu. Preparation of a publicly available exploit for iOS 11 risks delayed indefinitely.

We recommend you save the certificate SHSH blobs, to be able to roll back or update to iOS 10.3.2 with the help of Prometheus, when Apple ceases to sign the Assembly.

For that you need the ECID number of your device. After you copy the 16-digit number, click on the following link to access the TSS Saver: tsssaver.1conan.com. In the relevant row, paste the ECID number. In the field “Identifier”, select the model of your device. As an example, used by the iPhone 7 Plus, so in the first column, we choose “iPhone” and the second “iPhone 7 Plus”.

Wait for the release of iOS 11 beta

When ready, you can wait for the release of the beta version of iOS 11. This is probably the hardest part. Of course, there is a possibility that Apple will delay the release of the public beta, but in practice the test Assembly will be available a few hours after the announcement of the OS.