Perhaps for some it will be a surprise, but any application that was not optimized for 64-bit architecture will not work in iOS 11. While trying to run a 32-bit application on the screen, a dialog box appears informing you of the need to update the software. Such applications will only work on devices running previous iOS 10 and earlier versions of iOS. For example, on smartphones and tablets with 32-bit processors will not be able to upgrade to iOS 11.

When you try to open unadapted apps in the iOS 11, a warning message appears: “you Need to update the app. The developer needs to update this program to make it work with iOS 11”. 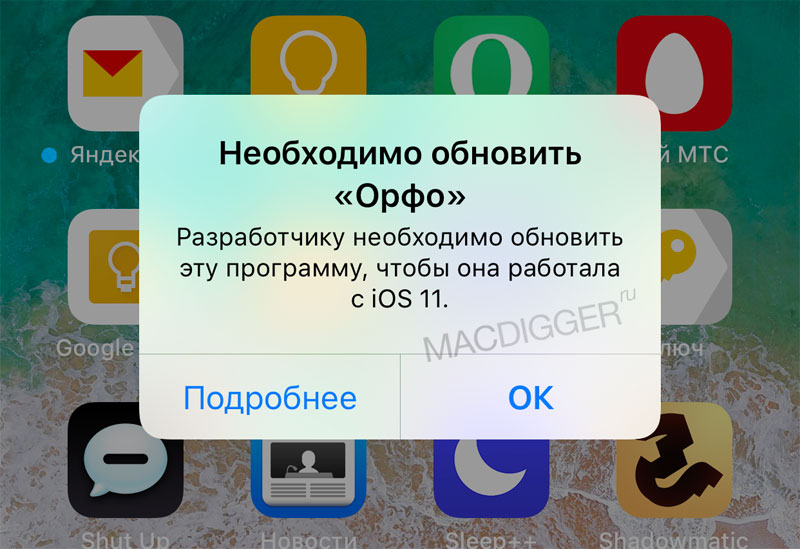 To check for outdated applications on the device, you can use the special section that appeared in iOS 10.3. To do this, go to Settings > General > About device > Program. Displays a 32-bit application. 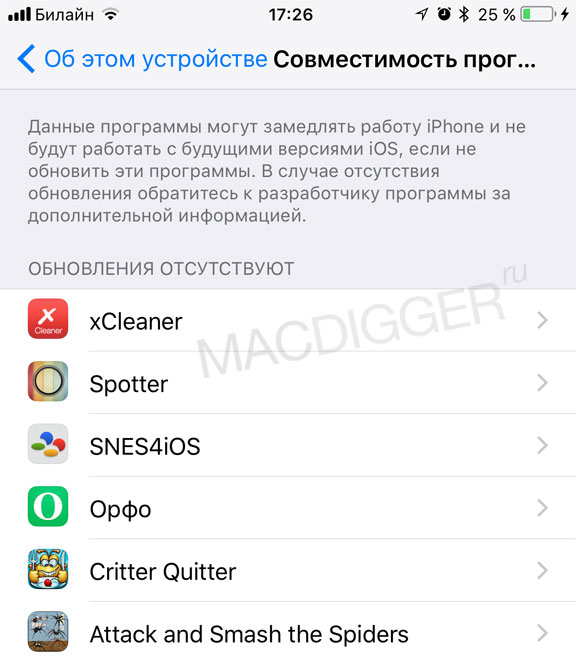 Users and Mac developers can expect similar changes in the Mac App Store in the near future. Next year applications that will not be optimized for 64-bit architecture will not work in the next version of macOS.