As soon as the first beta version of iOS 12 has become available for developers, users decided to check whether the new operating system has such high performance, as claimed by Apple. 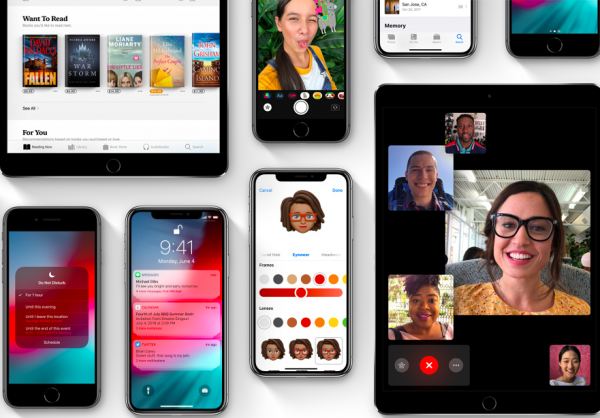 According to reports Apple iOS 12 will be available for all gadgets starting from iPhone 5S and iPad Air and newer.

It is expected that the new version of the operating system the application will run 40% faster than before, and loading them will need twice less time. Keyboard response will be reduced in half. Call the camera from the lock screen will occur up to 70% faster than iPhone 6 Plus.

At the moment, testing is only the first beta version of iOS 12, which may contain some errors. However, even the owners of the new Apple gadgets note improvements in operation of devices. But most of all the difference in the performance increase noticeable in the early devices.

“It made my iPad mini 2 is suitable for use again. Keyboard do jumps and applications load quickly. I noticed that before this was said to Craig”.

Some bloggers managed to share a video, where you can compare the various versions of iOS on the same gadgets.

For example, iAppleBytes I installed iOS 12 beta 1 on iPhone 5S.

Channel iupdateos showed how the new system works on iPhone 8.

Blogger iCrackUriDevice, spent synthetic Geekbench tests and was surprised that the iPhone 6S, which was equipped with iOS 12 beta 1, get 30% more points.

That’s good news. If Apple would be careful to fix bugs, by the fall of 2018, users will be able to get really fast and productive operating system.