In the beta version of iOS 12 found a hint at new features the iPad Pro which should be in 2018. It is expected that the main chips are Face ID and gesture control instead of Home button. 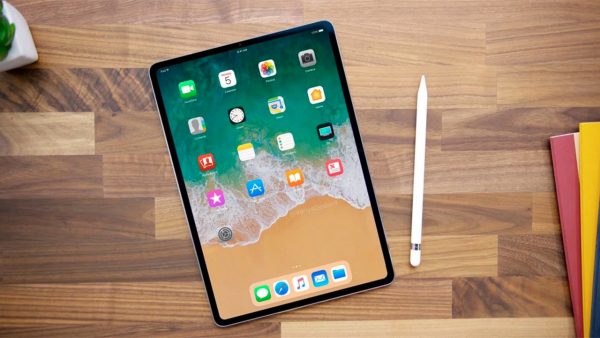 12 in iOS on the iPad has changed the gestures that now are reminiscent of the swipe on iPhone X. for Example, swipe up from the Dock with your favorite apps to the home screen, similar to how this is happening on iPhone X instead of the Home button.

Swipe down from the top right corner causes the “control Point”. This gesture appeared first on iPhone X, to distinguish between swipes because of the refusal from the Home button and add a Face ID.

In iOS 12 on the iPad changed the status. Now the clock is displayed off-center and the left, which clearly suggests to add Face ID to new tablets. Indicator cellular and Wi-Fi placed right next to the level of charge of the battery.

In November 2017, Bloomberg released a major report which says that the next-generation iPad will get a case with a thinner frame around the display, faster CPU, your own graphics chip and camera TrueDepth that support Face ID.