iOS 12 is already installed on half of iOS devices

This was stated by Apple itself on its website related developments. The analysis took into account the information obtained from the App store. The results were slightly better than after the release of iOS 11 a year ago. Based on observations, if we take into account only the devices after the summer of 2014, iOS 12 exceeded half and amounted to 53% of the total weight. This is already better than iOS 11, which established 52% of users for the same period of 2017. 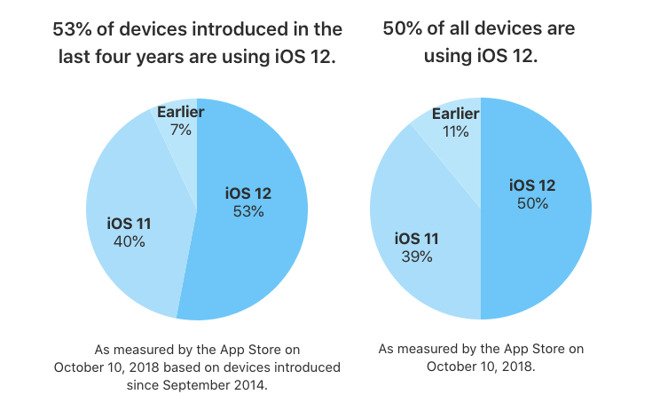 By the way, iOS 11 now use only 40% of owners of Apple devices, and the previous version of the operating system is installed on 7% of devices.

It is likely that the rapid rate of adoption of iOS 12 will lead Apple to the decision to make the release of the new mobile OS more focused on increasing productivity and usability with the old equipment.