A new software platform iOS 11 was presented on Monday in the framework of the conference WWDC 2017. Almost immediately came the first beta version for developers. 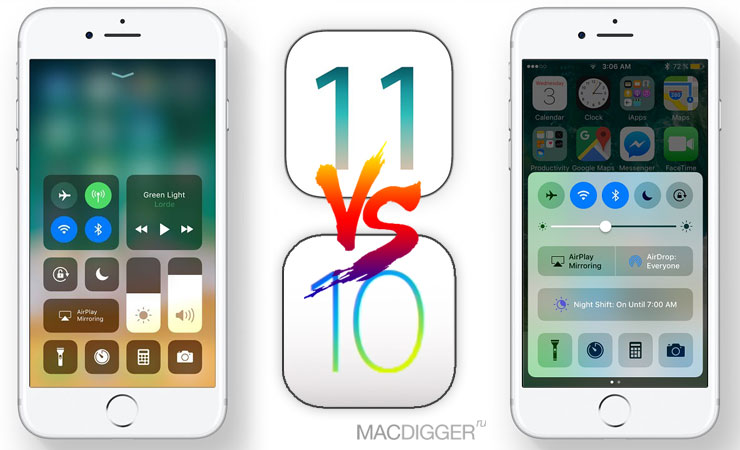 Every time Apple releases a new iOS version, the first thing that attracts users – how it will work on older devices. Of course, not very fair to evaluate the possibility of updates in the early stages of testing. However, since the company considers it appropriate for developers, why not to try?

The creators of the project iAppleBytes conducted a comparative testing of the first beta of iOS 11 iOS and 10.3.2 on three smartphones – iPhone 5s, iPhone 6 and iPhone 6S. Acted as gadgets, you can see in the video below.

The experiment clearly showed a lack of optimizacii 11 iOS in many aspects. Devices running the new OS are loaded much more slowly and with a noticeable delay start applications. Testing in benchmarks, also leaves much to be desired — the indicators are inferior to the results of the same models, but with the current version of the firmware.

Install iOS 11 beta for daily use is not recommended, as the iPhone and iPad will be accompanied by failures and accelerated discharge the battery. Noticed a large number of errors and defects. It is hoped that subsequent development builds will show itself much better.