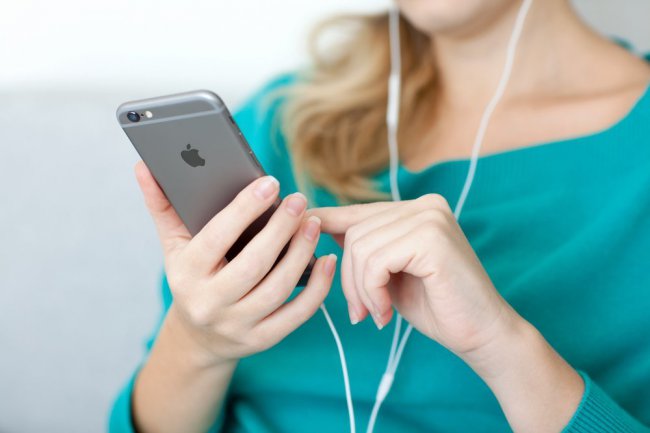 The human ear is a very complex phenomenon, many aspects of which are still studied by researchers. It is easy to guess that the acoustic damage of this device is associated with very unpleasant consequences, and treatment it turns into a completely trivial task, and because the headphone manufacturers produce special models with volume limiters. Fortunately, to reduce the load on the ears any headphones is enough to have an iPhone.

Don’t approve of what your child listens to music at too high volume level? And rightly so: regular exposure to excessively loud sounds can cause hearing loss, and it concerns not only children, but also the most adult music fans. To illustrate this, consider visiting a rock concert or even an ordinary night club, after which in the ears is often unpleasant ringing. This phenomenon is known in medicine under the name “tinnitus” (from lat.), is often one of the symptoms of overload sensory apparatus of the inner ear — organ of Corti, which are responsible for the perception of sound vibrations (or, more precisely, pressure changes) hair cells.

Modern playback devices in conjunction with good headphones can provide a very high volume, sometimes surpassing the threshold of 100 decibels. It is worth noting that the decibel is a dimensionless unit of measure of the magnitude of any change that is not a measure of volume, but most interesting in this context is that the unit of this logarithmic. This means that changing the level of one decibel is not negligible, due To the potential danger to the health of the European Union adopted the restriction of 85 decibels, and can be enabled in the settings of your iOS device. To do this, goto “Music” and select “volume Limit”. We are interested in the option called “volume Limit (EU)”. 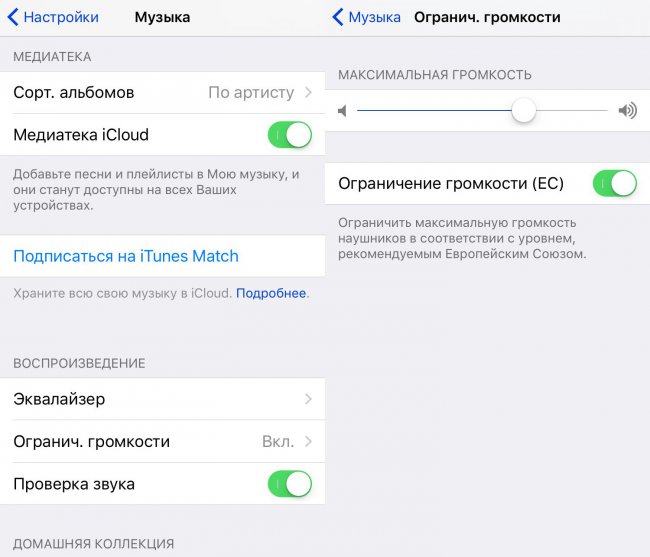 Avoid turn off the option in iOS, there are restrictions that can prevent changing of certain settings. They are in the “basics” section of the “Settings” menu and the desired item is at the bottom of the list and called the most obvious way. 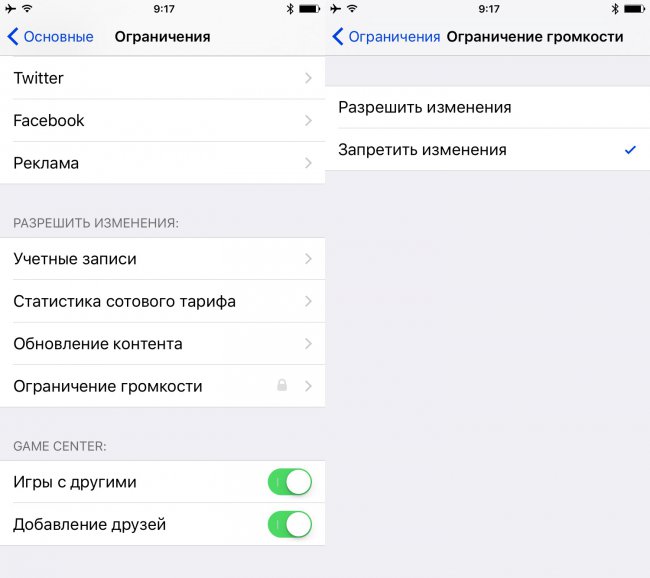 With regard to the conditions under which listening to music is not harmful to, any specific values here. Generally, it is enough to prevent the sound from open headphones was not clearly audible to surrounding people, and their speech was played to drown out the music completely. In practice, these norms can be blurred, and their observance is complicated by the difference between the environment in which are listening, as well as the heterogeneity of the various types of headphones used. In any case, do not try to cover the noise of public transport (especially subway), because in these scenarios very easily reach dangerous volume levels.

I hope these simple tips will save your health and extend the pleasure of listening to music for years to come. Nice songs!

According to the materials of the Internet