Last week Apple has distributed a public 9.3.2 iOS update, aimed at fixing errors and improving the functioning of the gadgets. Today, the Network appeared the results of testing the autonomy of smartphones iPhone running iOS 9.3.2 and previous iOS release 9.3.1. 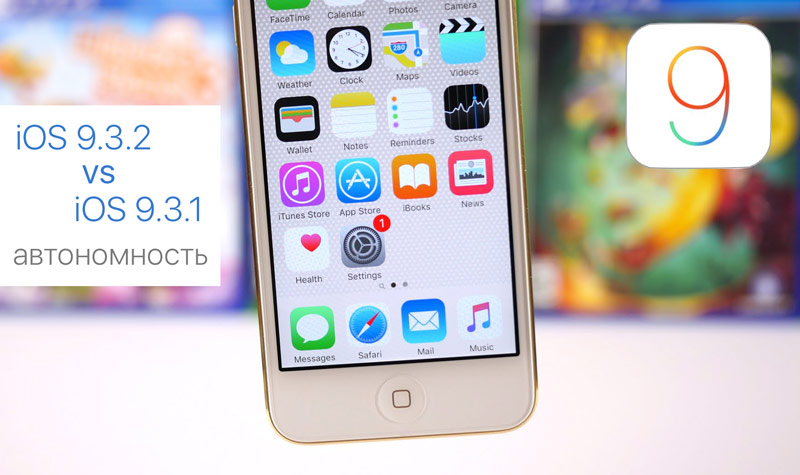 Videobloger iAppleBytes decided to compare the iPhone different generations on two versions of the OS by publishing a visual test battery life when performing demanding tasks. Judging from previous tests, iOS 9.3.2 optimized somewhat better on newer devices than iOS 9.3.1. It is a little faster to cope with running the application, although the difference in the results at the level of accuracy. And how to show OS in terms of autonomy?

Comparison of the efficiency of the OSes were conducted using the benchmark included in the package Geekbench. Self-assessment test iPhone 6s, iPhone 6, iPhone 5s, iPhone 5 and iPhone 4s. Smartphones under the control of iOS and iOS 9.3.1 9.3.2 charged to 100% and ran the test before a complete discharge device. 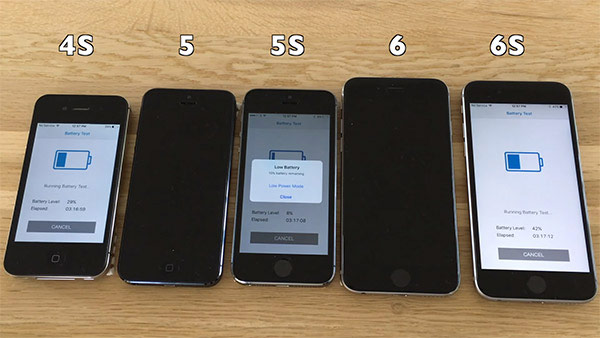