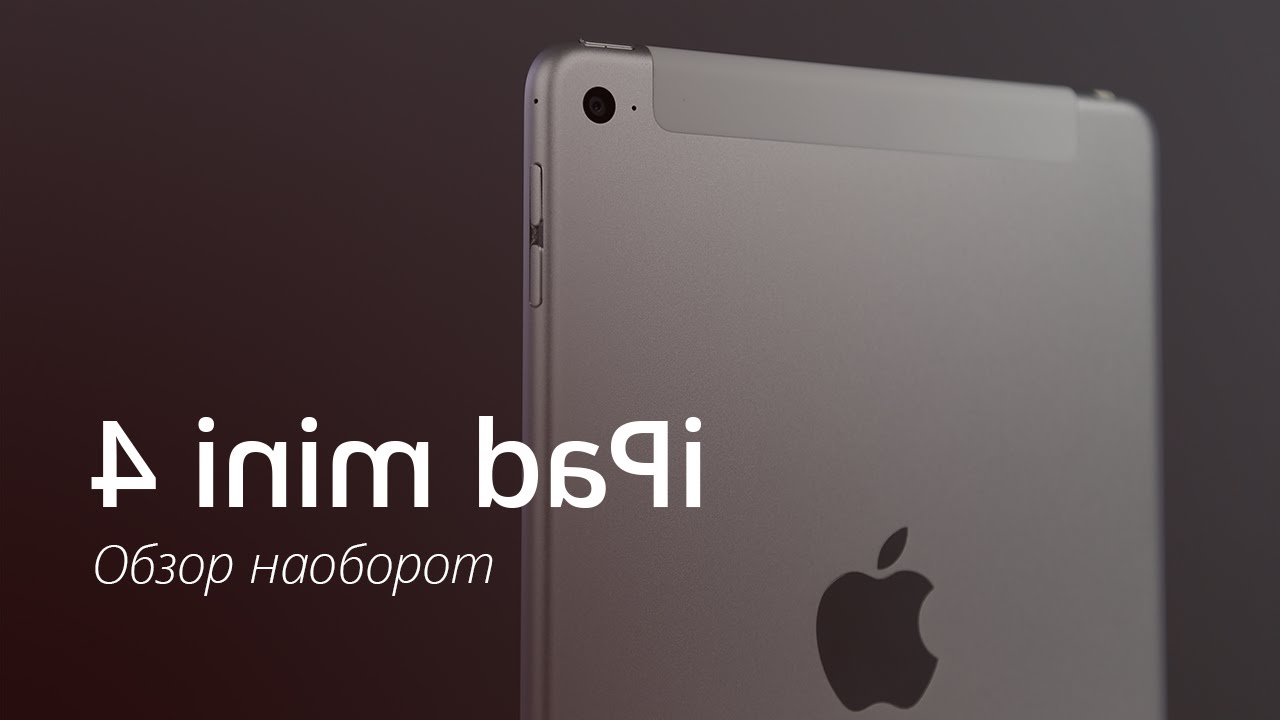 The company “Apple Rus” has provided us for review is the new generation tablet iPad mini, and we decided to make it a video so that it was not similar to any of the reviews that we did earlier. We hope you enjoy it and welcome your feedback about what they saw. But if you have no opportunity to watch videos, in this article we will share our impressions of miniplanet fourth generation in text format.

In addition to a few changes in dimensions, the new iPad mini has received several external characteristics that distinguish it from its predecessor. The first thing that catches the eye is the missing toggle switch for muting or switching screen orientation. This place is now occupied by the holes for microphones, moved from the bottom of the hull. 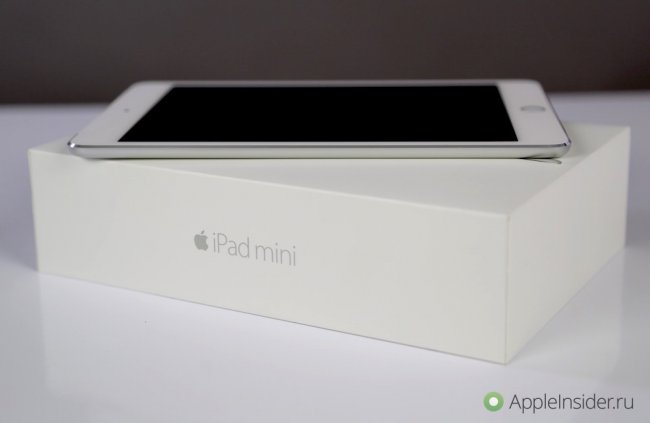 The modification undergone and grille design stereo speakers, which is now, not two in one row of holes. Is cause in the memory of the iPad Air 2, and this is a reason to say that in front of us, roughly speaking, a smaller version of the “air” tablet. But the price of the last 41 starts with 000, so to pay Lee 9 000 in a few inches of the screen and the letter X in the name of the processor — to solve to you. 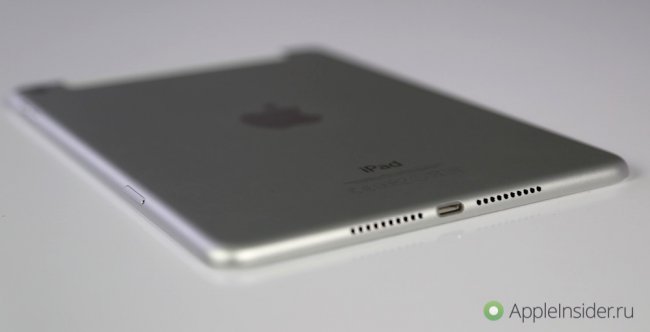 Together with the tablet friends at Apple sent us the review and a few accessories, which, although already well known to us, but still have the right to be called new. The fact that the iPad mini of the fourth generation 1.3 mm thinner and 0.42 cm above. So if you are going to purchase a silicone case or a Smart Cover for your tablet, check if it is suitable for your chosen model. 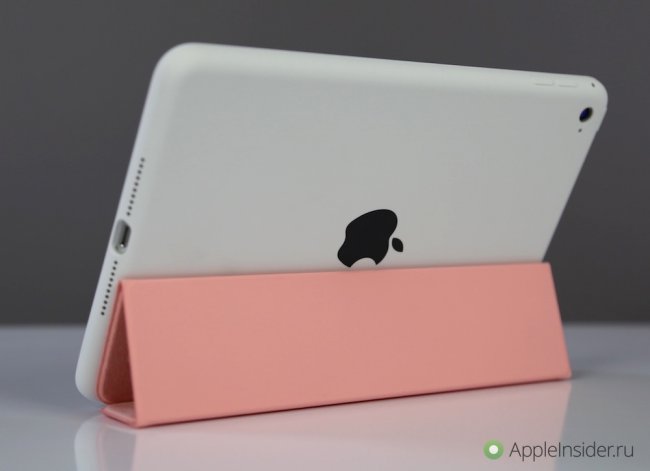 Although the fourth iPad mini has the same resolution of 2048×1536 pixels, which could boast mini 2 and mini 3, certain improvements are still observed. 4 iPad mini has inherited the iPad Air 2 laminated screen, which offers more nasyshennogo colors and superior readability in sunlight. The screen is thinner, and the feeling that content is right under your finger, only intensified. Perhaps the screen can be considered one of the strengths of new products, although the appearance of a laminated display in their drama can hardly be compared with the historical transition to Retina. 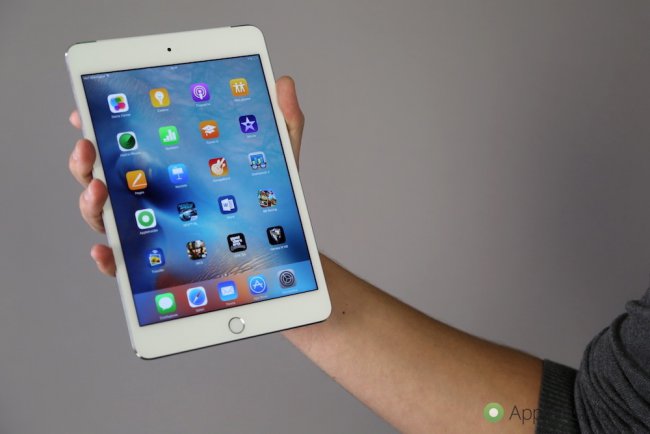 Thanks to the new graphic processor signal A8 chipset in the new iPad mini has received several useful features, even despite the fact that the hardware of the camera itself has not undergone major changes. For example, there is support familiar to owners of iPhone features continuous shooting, as well as significantly improved recognition. 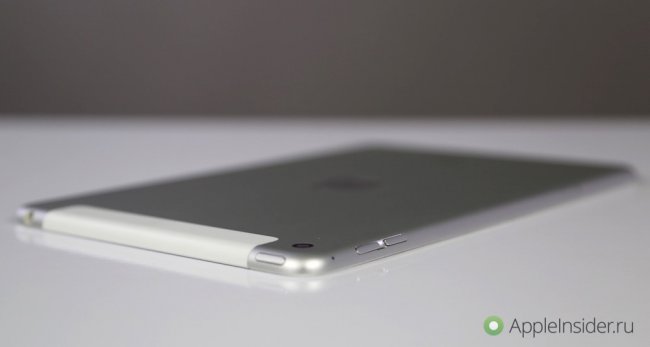 The rear iSight camera still shoots video at 1080p, though now supports slow motion at 120 frames per second and 720p resolution. Front the camera retains the same 1.2 megapixels, although received an increased aperture of f/2.2, which is slightly will improve the quality of your selfies in low light. In short, camera iPad mini 4 has been updated not so much to be one of the reasons to switch to the new model. 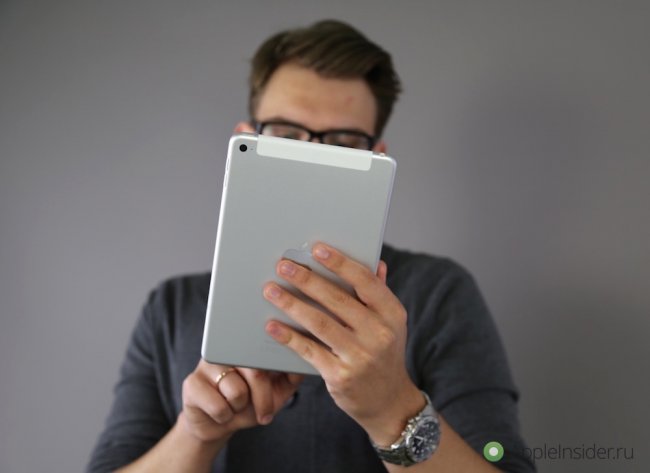 iPad mini 4 is equipped with a dual-core Apple A8 processor, inherited from the iPhones 6, but accelerated to one and a half gigahertz. In addition to two gigabytes of RAM chip also got a new motion coprocessor M8, also removed the iPhone from the previous generation. Although you can use “Hey Siri” without being connected to the network you will not succeed, but you will be able to make better use of the fitness applications. If this is at all important for tablet. 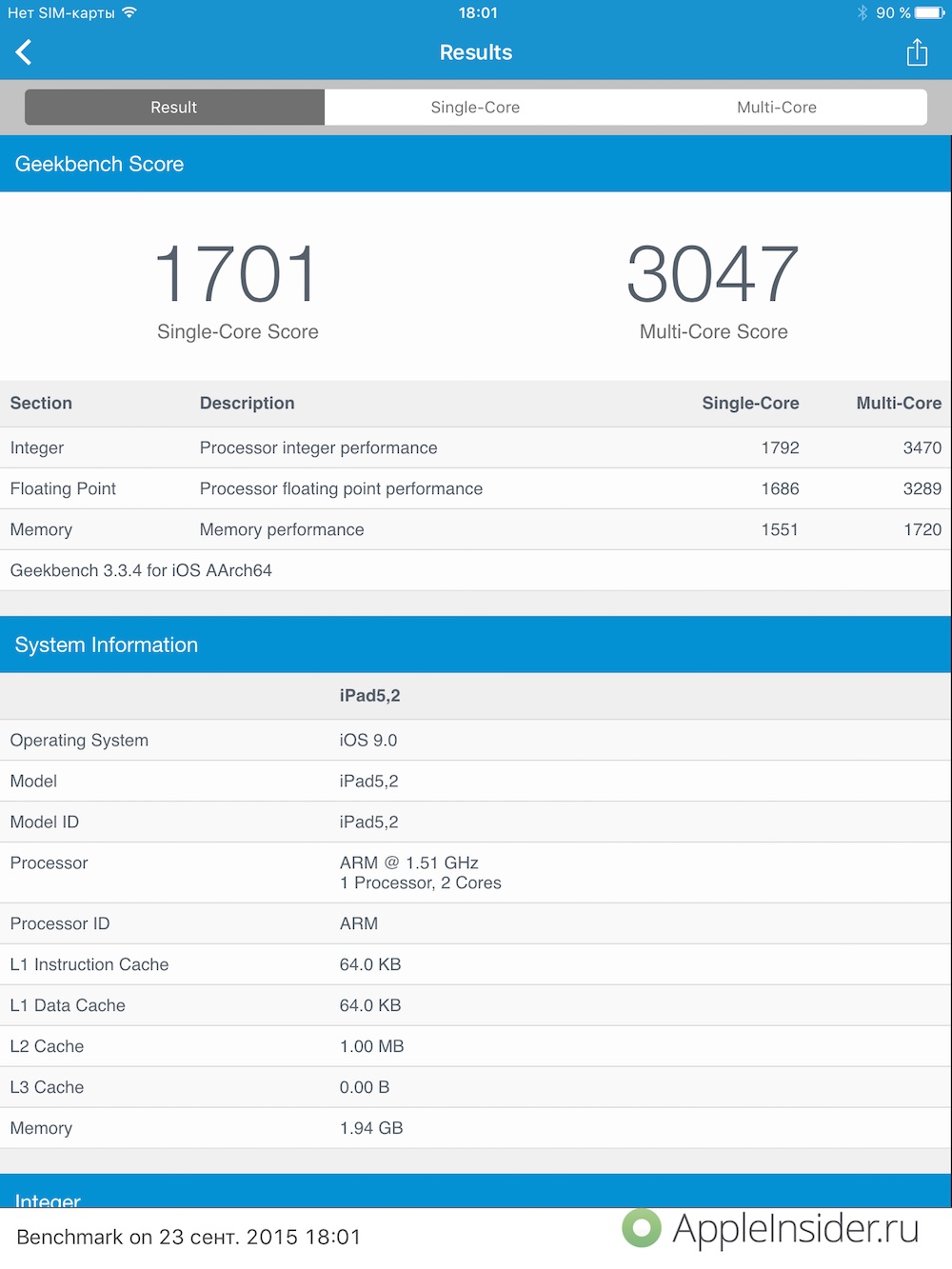 Although the iPad mini 4 has not inherited the iPad Air 2 processor AH, and is equipped with overclocked version of the A8, two gigabytes of RAM he got. This means not only that the tabs in Safari will no longer restart if a long time not to use the browser, but also implies support for enhanced multitasking. How it works we have seen in the presentation of Apple: we can open on one screen with several applications simultaneously and to work with them, to run one app on top of another, and view video in a separate window on top of apps. Pogrevshis with this function, we have not noticed any problems and lags: still two gigs of RAM — this is not a toy. Will it help this multitasking can save time — you can learn, just getting used to it. As used here, undoubtedly, is what.

So should this “kid” is 33 000 rubles, for which he offered in the online Apple store? If you wanted to buy a tablet with two gigabytes of RAM, but didn’t want to buy the iPad Air due to higher prices and a more respectable size, then take it and do not hesitate. If you already have the second or third generation of the tablet, answer yourself the question: is it worth it to pay a good sum for the stock overclocked processor from the iPhone 6 and support the notorious multitasking of iOS 9? 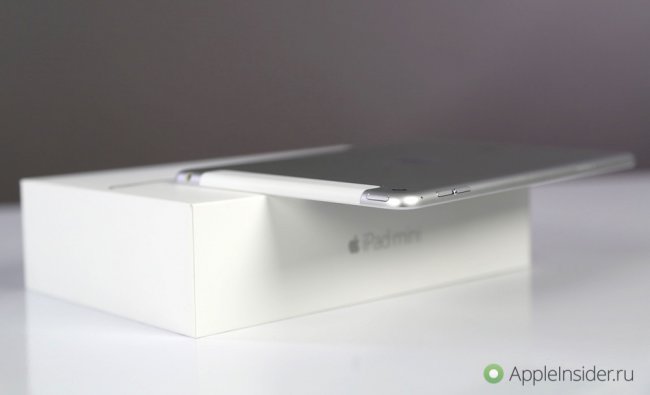