IPad Pro is it worth the money that Apple asks for it? 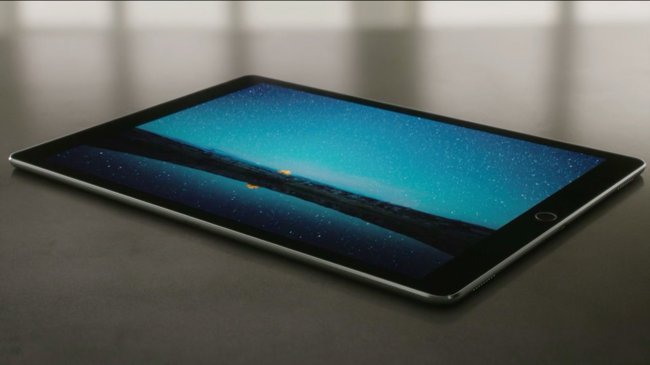 Logic entered the market relatively recently iPad Pro still remains a mystery to most consumers. Some believe that Apple has decided to strengthen its position in the market of professional devices, adding to a Mac Pro and a “working” tablet. Others think that the 12.9-inch “tablet” is a logical step in the development of the entire line of iPad. Anyway, the device is very narrow and – frankly – niche. But why a normal (okay, not quite normal) the tablet is sold at the price of laptops running OS X?

Innovations are not cheap

iPad Pro is a really something more than the average tablet. It offers a truly gigantic high-resolution screen, which occupies almost the entire front panel. It is 78% more display installed in the 9.7-inch iPad Air is really a lot. But it is noteworthy that the weight and thickness of the new items are not higher than those of the first iPad, for which designers and specifiers with a special thanks.

Despite all the allegations and arguments of the experts that even 2 GB “operatives” in devices running iOS absolutely excessive, 4 “Giga” is truly impressive. Such a stunning amount of RAM capable of performing the most demanding tasks that the tablet can handle it without any retardation or a hint of a reboot.

А9Х: soon only cats are born

Even more impressive than the screen or the amount of RAM in the iPad Pro is the most powerful ARM chip that have ever been installed in the mobile device. If you remember, А9Х in many respects surpassed even new MacBook, equaling MacBook Pro Retina. The installation of 4K video and simultaneous viewing FullHD movies? Easily. In my opinion, the easiest way to find the task you iPad Pro can’t handle it. Unless coffee does not cook.

What about 3D Touch?

Yes, unfortunately, the current flagship tablet from Apple has not received a new-fangled interface. But he received a smart pen Pencil, which (loosely, of course) able to replace the functionality of the 3D Touch. With its help it is possible not only to draw, paint and write at any angle, but even to weigh things! However, the stylus will have to pay separately, but it in any case does not negate its possibilities. Another thing is that not everyone is willing to give almost 8 thousand rubles for a “piece of plastic”, which still requires charging.

LTE? Every whim for your money

Namely for 87 000 rubles, you will have to pay for a model with a built-in slot for SIM-cards. Of course, in the kit you will receive a perfect device with the amount of disk space to 128 GB, but why not equip it with 3G/4G module all three models?

If you prefer to watch movies and TV series exclusively lying in bed and my face buried in a tablet, the iPad Pro is sure to please. The tablet is equipped with as many as four speakers around the edges, delivering the perfect stereo. Moreover, he is 61% better and louder than any other iPad ever released on the market. There is even a treble!

Typically, consumers with great care adopts new technology of connection. A great example of this is the USB Type-C. But Apple decided that the extra connector does not hurt, but because the iPad Pro is equipped with additional magnetic port, which for some reason was named “smart”. Probably in favor of the General concept of the device, which a priori can not be stupid. Especially for this price. However, synchronization with the keyboards and docking stations has become much easier. The latter, incidentally, is sorely lacking.

Do not blame me, but I lay completely on your conscience. The set of characteristics iPad Pro is really impressive, but whether the ruble’s decline is affected, whether consumers have become more frugal, only the issue price today, perhaps, the most relevant of all. We’ll have a plebiscite in the comments.