iPad Pro was more productive than the MacBook Retina 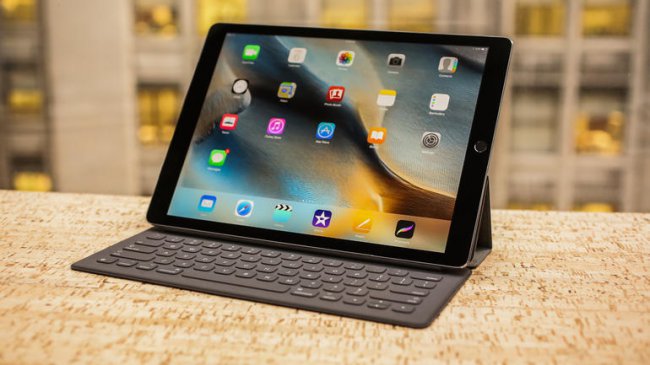 Despite all the aspirations of Tim cook, the iPad Pro is unlikely to replace a PC, but the potential of the new tablet from Apple is definitely very high. In favor of this say has recently published the results of synthetic tests in which a 12.9-inch “tablet” was even more powerful than the MacBook Retina Intel Core M.

Conducted research hardware Pro iPad showed that dual-core chip AH, which is the heart of the device has a clock frequency of 2.25 GHz. Coupled with 4 GB of RAM and impressive graphics subsystem the tablet is not only the most powerful iOS device, but it can still be competitive with devices with Intel Inside mark.

As dry facts and figures, in single-core “test” iPad Pro in Geekbench scored 3233 points and 5498 – multi-core. As you can see from the screenshots, these indicators significantly exceed the results of a 12-inch MacBook, bringing the tablet to a level with the MacBook Pro. But even more remarkable are the achievements of the graphic coprocessor “prosky”, which is able to handle resource-intensive and more computing power demanding programs and 3D animation. 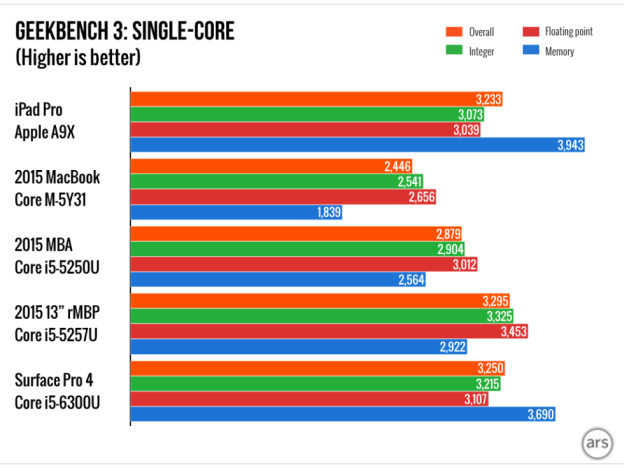 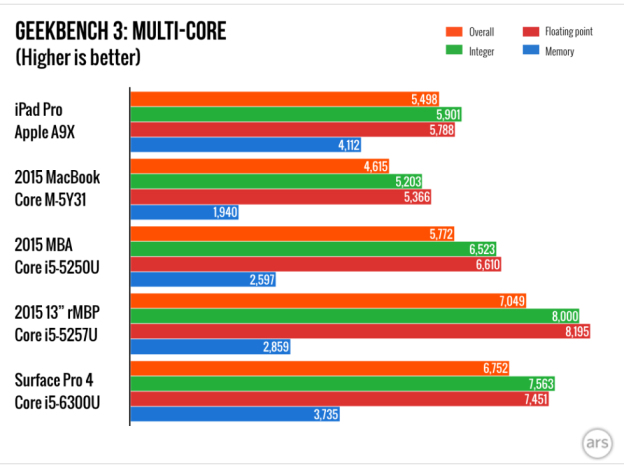 Of course, before drawing final conclusions, it is necessary to subject the device to scrutiny, assessing its possibilities in practice. However, it is clear now: Apple has taken another step towards the so-called era of post-PC. At least now the company can easily refuse the services of Intel, producing advanced computer chips on their own.