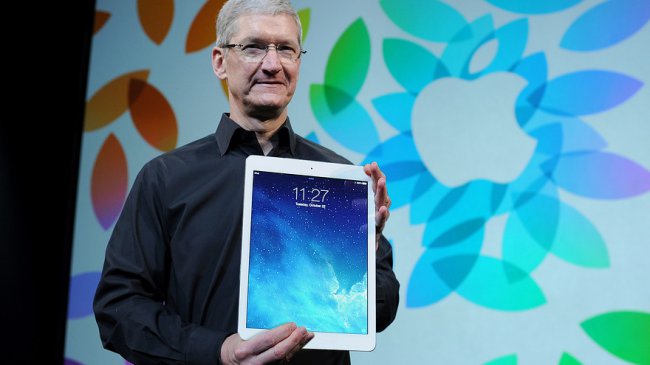 Presented in early September, the 12-inch iPad Pro was perhaps the most controversial device of Apple. Despite its exclusivity, neither journalists nor the more regular users still are unable to experience it. But the ice was broken, and it became known today that sales of the professional tablet will begin in the first week of November.

When on stage, Bill Graham Civic Auditorium world was reminded of the iPad Pro, Apple is very vague has designated November as the approximate start of sales. But thanks to Japanese blog Mac Otakara reported that the tablet and pen Pencil hits the shelves of stores until 8 November inclusive.

In the Apple from the comments abstained. On the web site of the company yet there is no mention of specific date of start of sales of iPad Pro. Furthermore, the ability to pre-order the device there is also. It is expected that its design will be available closer to the end of October, approximately two weeks prior to the implementation of the tablet.

optional iPad Pro will be equipped with a pen Pencil that recognizes gradations of depression. Apple plans to use it to enter the market of professional devices. It is assumed that the appearance of the stylus on the device will draw the attention of architects, artists and photographers. “Pencil” will go on retail sale at $ 99. In addition, for the tablet was developed by an external keyboard, resembling a solution from Microsoft. Its value will be equal to 169 dollars.

As regards the technical characteristics of the iPad Pro, everything more than adequately. 64-bit processor AH, 4 GB of RAM and 32/64/128 GB of ROM. The price for the minimum version starts from 799 dollars.