iPad Pro will not replace your work laptop 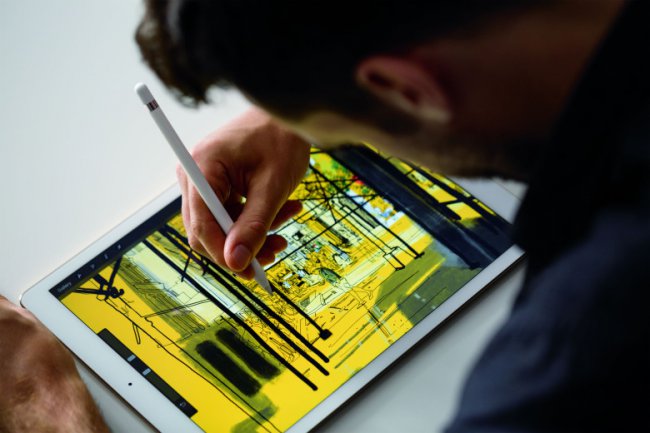 On the eve of the start of sales of iPad Pro, Tim cook said that the release of a 12.9-inch tablet on the market would mark the beginning of a new era “post-PC”. But is this really the time has come to abandon the use of laptops and desktop computers? We present to your attention first impressions of Western journalists who have experienced all the possibilities of the new flagship tablet.

“Display of the iPad Pro is staggering. The resolution of 2732 x 2048 and a striking density of pixels equal to 264 per square inch, allows to call this screen the best that have ever been installed on iOS device. Photos, videos, even text – it looks very clearly and is more like a picture of a glossy magazine. It’s a pity that wasn’t used trend of 3D Touch, which remained the privilege of the iPhone 6s. She would be here very opportunely. Also worth noting is the computing power of the iPad Pro, which is noticeable even more than superdelay. ACH new processor with double the performance than the A9 chip, can work wonders. By the statements of the Apple, the tablet can easily compete in performance even with MacBook. And I was amazed by the quality of the stereo speakers located on the ends and creates a great sound panorama […]”.

“Of course, nobody is going to just throw away your Mac or ThinkPad to completely change to a 12.9-inch tablet. Even if this device is intended to make a revolution, it will happen very slowly. And that’s fine. Of course, the iPad Pro is a fantastic device and breakthrough. This is especially noticeable in comparison with the very first model of iPad. What struck me most beautiful and bright screen with high resolution, as well as a really correct and useful accessories that only complement the [iPad]. You know, now I can say for sure: size matters”.

“The responsiveness of Apple’s Pencil – on top. Correctly picked the material performance of the pen makes it easy to interact with the screen of the iPad Pro. Working with a stylus, it seems like you draw a real pencil on real paper. [Pencil] even supports the midtones and changes the style depending on the slope. So, you can simulate drawing with a marker or a graphite pencil, using a single device. Moreover, absolutely do not think that you drive a piece of plastic on the glass surface. Everything happens so smoothly and seamlessly that they feel like a real artist working on a canvas”.

“The true power of the new iPad Pro is its beautiful screen. Apple is not dissembled, declaring that their 12.9-inch tablet will compete with Retina MacBook. However, to replace laptop iPad is not yet able. Due to the absence of external interfaces and all another mobile multitasking. However, after years in the shadow of the iPhone still it was time tablets to Shine with new force”.

“Using iPad Pro, you can work with many applications, adapted to a huge screen. Yes, they look great, but Apple has still not managed to create a replacement for a full PC, though due to the fact that there wasn’t introduced a decent and comfortable keyboard. I still remain faithful to my MacBook Air. Of course, the iPad Pro will be a great device for professionals working with graphics, but I don’t recommend to buy it for regular users. He’s not worth it”.

Overall, as expected, the device has become a great continuation of the concept of tablet computers. But, despite the assurances of the Apple iPad Pro is unlikely to substitute for the usual laptop computer with a desktop operating system.