In September 2014 Apple unveiled its new smartphones – iPhone 6 and iPhone 6 Plus. Very soon, new items on sale, but the joy of users was marred by the fact that the devices are relatively easy to bend while in pockets of clothing. In the Internet there were pictures confirming these words. But the problem with the deformation of these models is not the only thing users complain. Today it became known about one case, and the incident was capture on video. 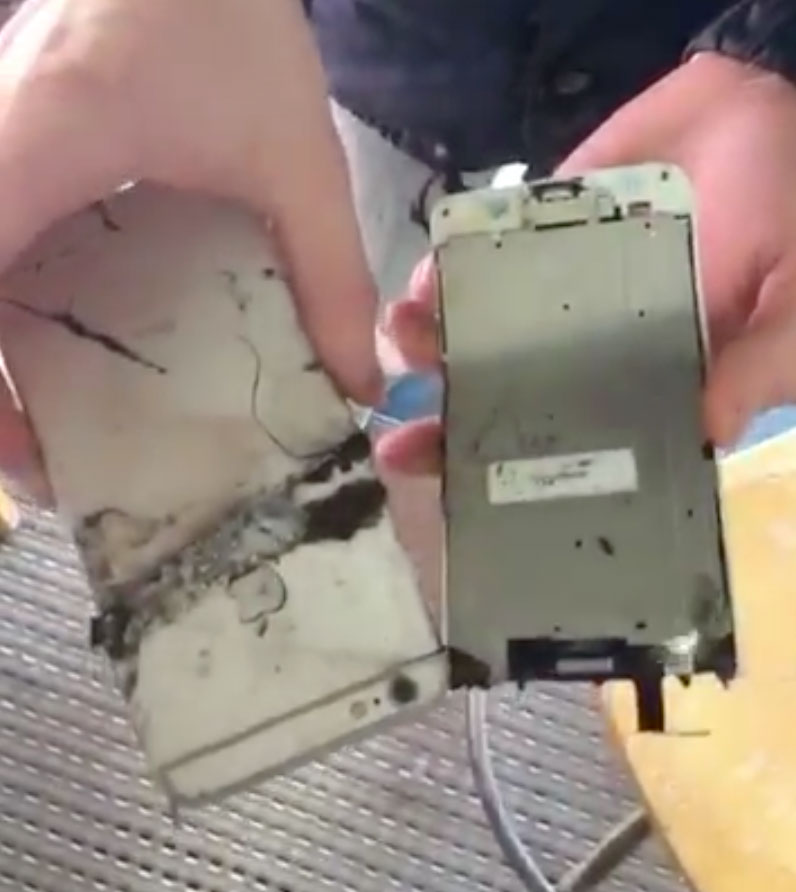 In the Internet appeared the video, which recorded the fire of the iPhone 6 Plus. The author of the video says that the device broke during a lecture. The smoke from the smartphone was quite thick, and the owner of the device tried to quickly remove the gadget from his pocket and left the classroom.

It is reported that the unit caught fire “after the failure”. But what kind of defect it is, is unknown. This is not the first fire of the iPhone 6 Plus, but, obviously, this incident is not related to manufacturing defect.

In October was published the message about the other two episodes to fire a 5.5-inch sets. In one case, a fire broke out at night while charging the device. Apple reported that the learning event.