Yandex analyzed search queries and find out what events, people and memes have attracted the most attention of the Russians in 2016. According to the study, most users in the past year were interested in the new iPhone, the elections in Russia and the United States, the plane crash in Rostov, the murder of the nanny of the child in Moscow, the Olympic games in Rio de Janeiro and louboutins. 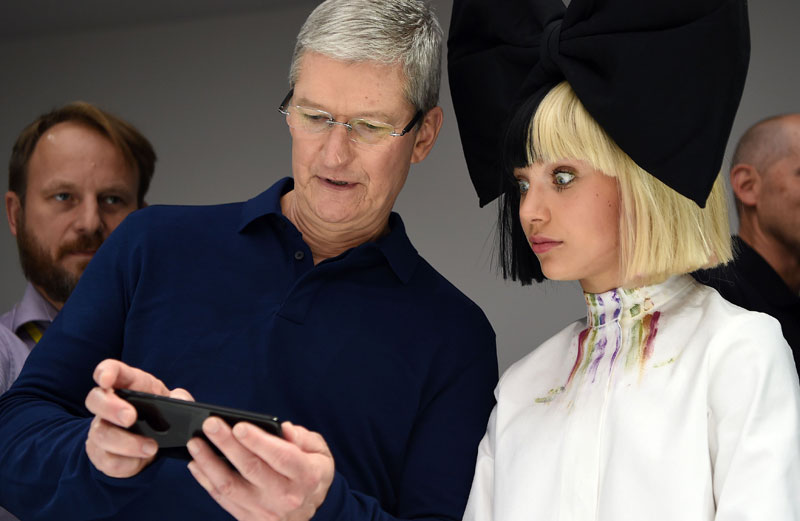 “Yandex” has submitted their ratings by dividing them by categories. So, Apple’s new flagship was at the top of the most searched topics in the section “Premiere”. The company he was the flagman Samsung Galaxy Note 7: exploding the smartphone was popular in fifth place. App for photo editing Prisma took the 8th place in the rating of search queries users.

In the category “Events” the leaders in the number of requests elections in Russia and in the US, swine flu and the virus zika, doping scandal, the murder of a child as a nanny in Moscow, the plane crash in Rostov-on-don, the conflict in Nagorno-Karabakh, as well as the laws of the “Spring Package” and an exhibition of Nude photos Jock Sturges “Without embarrassment”.

The most popular sporting events were the Olympics in Rio de Janeiro, Euro 2016, world Cup hockey, world Cup of hockey and world Championships.

Of personalities most often in the past year, users were looking for elected President of the USA of Donald trump and received the “Oscar” of American actor Leonardo DiCaprio. In addition, often in search queries appeared deceased in 2016, President of Uzbekistan Islam Karimov, the journalist Pavel Sheremet, actor Alan Rickman and singer David Bowie. 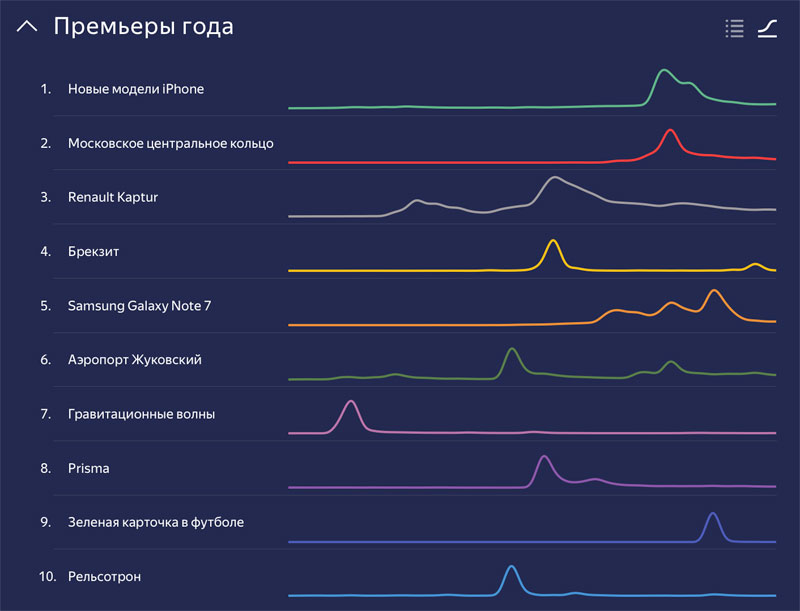 The most popular women in the requests of “Yandex” were TV presenters Ksenia Sobchak and Olga Buzova. The most popular queries about what is happening in the Internet includes voting for the characters in the new bills, petitions Change.org new design of “Vkontakte” and lock LinkedIn. Most often in 2016 in “Yandex” is searched for the following memes: louboutins and the “Peter – to drink” from songs “Leningrad”, the phrase Prime Minister Dmitry Medvedev “no Money, but you hold on,” the song Robbie Williams “Party like a russian”, as well as red pants Peskov, the words “Celestia”, “gratuti”, “rusiano” and teleportation in 2035.

The most popular films in 2016 were “suicide Squad”, “Deadpool”, “the Illusion of deception 2”, “Batman vs. Superman”. In the “Yandex” noted that the interest in entertainment events “traditionally big”. “If we were the absolute top without division into categories, it would have consisted of movies, TV series, games and sporting events,” – said in a search engine.