iPhone 7 dropped from a helicopter [video]

Last week in sale new iPhone 7 and iPhone 7 Plus, so on YouTube began began to appear in commercials in which the owners just bought new products in the pursuit of fame and try to break, bend or grind their devices. 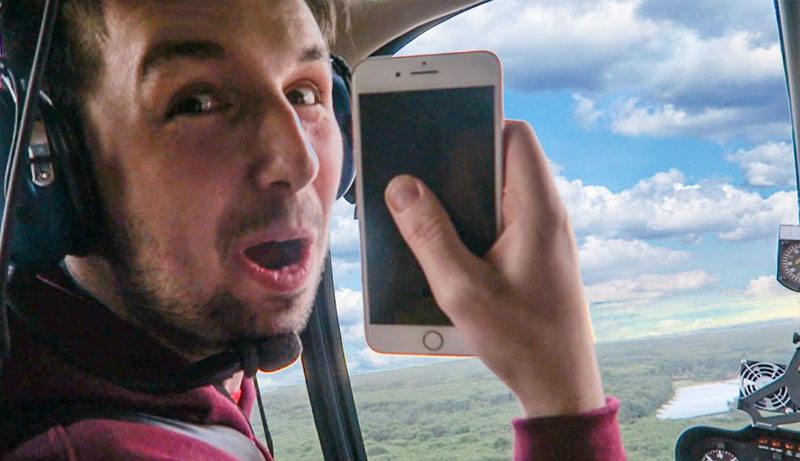 Recently, the Network posted a video of an unusual drop-test the iPhone 7. Unlike the usual tests when the phone is thrown from the level of the pocket or the height of a man, this time the flagship model dropped from the height of bird flight. Interestingly, the smartphone has experienced this flight, escaped with only a “spider web” of broken glass.

A YouTube user under the name Callux subjected to the flagship Apple hard test – drop from a great height from a helicopter. The device managed to survive, landing on a field covered with grass. Although the display was cracked it did not affect his health. In addition, during the fall, the iPhone 7 has continued to record a dizzying video.

Unfortunately, the author of the video does not specify at what height was the helicopter.