iPhone 7 Plus compared to the OnePlus 3: who was more powerful? 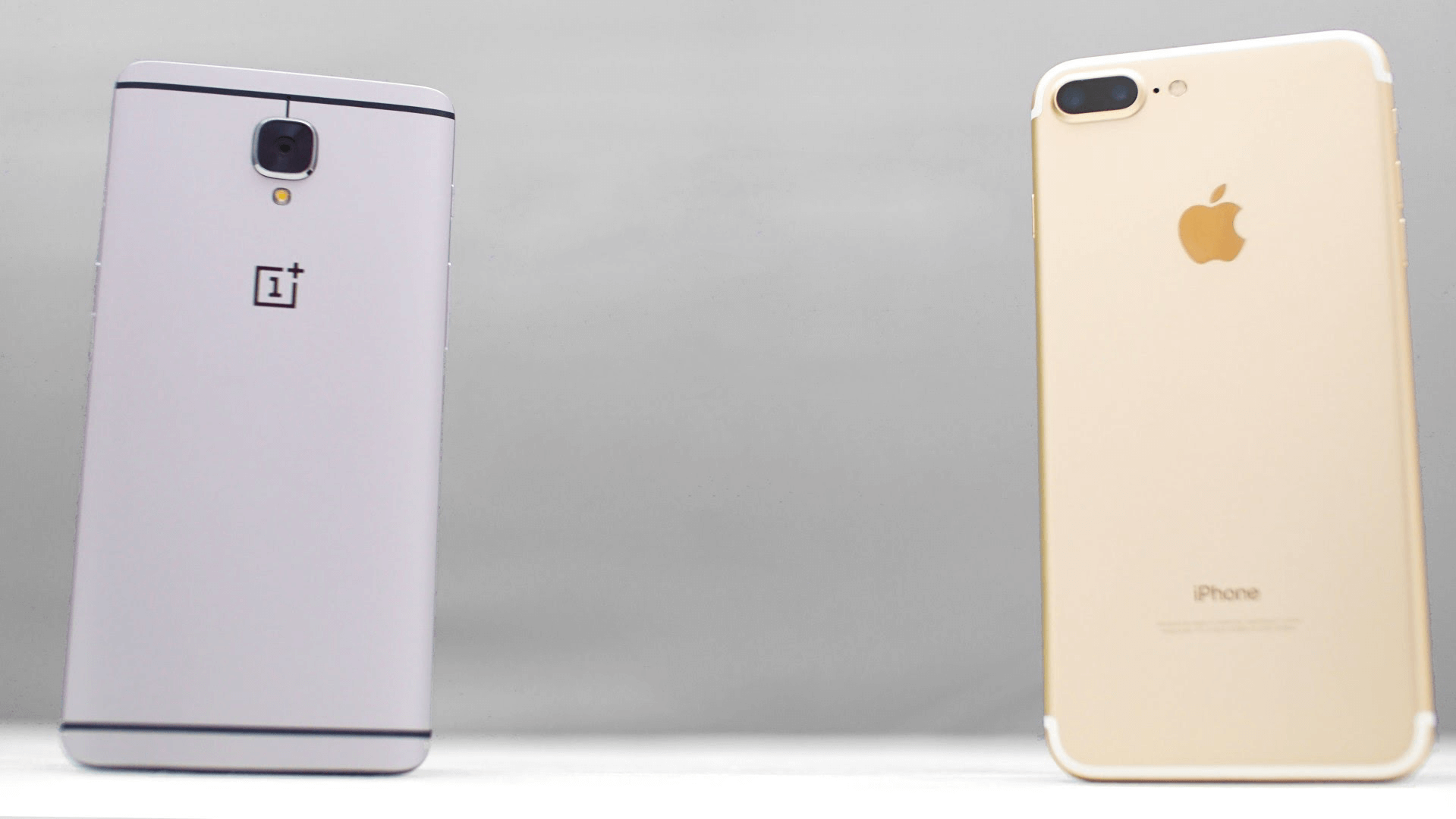 Many buyers of smartphones before to buy the coveted device, you first compare its specifications with its competitors. Although this option, a new iPhone, it would seem, somewhat behind the Android smartphones, this did not prevent them to once a gain demonstrate impressive results.

This time the guys channel PhoneBuff have compared iPhone 7 Plus holder of the title “flagship killer” — OnePlus 3. Indeed, 6 GB RAM, powerful processor and other “bells and whistles” make this smartphone a serious rival to the iPhone, not to mention the price. In synthetic test smartphones Apple has already won the OnePlus 3, but what about “real” experiments?

The easiest test: start the stopwatch, after which the smartphones are identical actions. Then compares how much time it took both devices on a particular task.

Despite the fact that the first iPhone 7 Plus is slightly behind the competitor, then the smartphone immediately went into the lead. The final result was in favor of the iPhone, although he has on Board two times less memory.

So when choosing a smartphone you need to look not only at its specification, and synthetic tests, but also on how the device behaves in “field” conditions.