iPhone 7 Plus vs Bluboo Edge: the speed of the fingerprint scanner [video]

In early November, the company Bluboo unveiled its new smartphone Bluboo Edge with curved screen and sensor heart rate. Side frames of the device have a thickness of only 0.8 mm, making it looks like a completely frameless. Bluboo visual Edge reminiscent of Galaxy S7 edge. 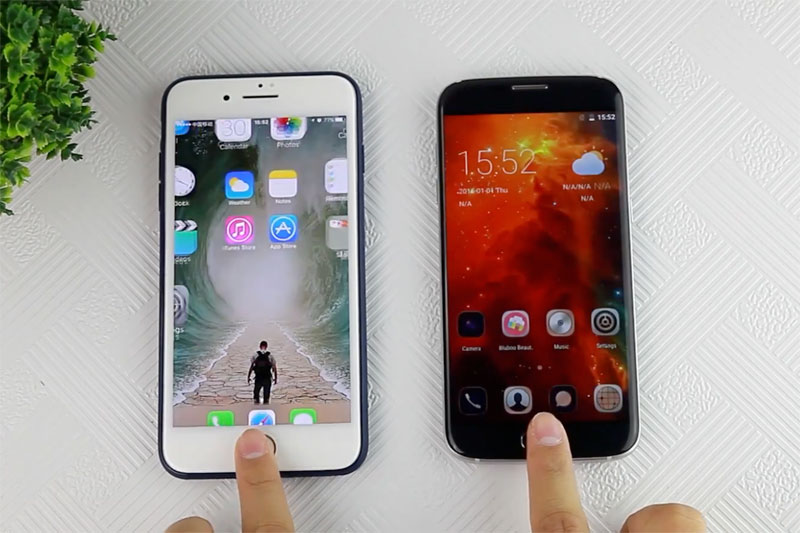 The novelty is equipped with a processor MediaTek SoC MT6737, augmented RAM and flash memory is 2 and 16 GB respectively. There is a slot for memory cards up to 256 GB, two cameras with 13 and 8 megapixels. Curved display with a diagonal of 5.5 inches is characterized by a resolution of 1280 x 720 pixels and is devoid of air spaces.

On the front panel of the smartphone houses the fingerprint scanner, which quickly recognize your identity and unlocks the device only for 0.1 seconds. Representatives Bluboo say that it works almost instantly.

The manufacturer decided to test the speed of the flagship Bluboo Edge, which compare the phone performance of the biometric module from an iPhone 7 Plus. As you can see in the video, the first biometric module able to unlock the phone faster than the Apple smartphone. The company representatives claim that this is due to the fact that the device is unlock to turn on the screen, while the iPhone button first the screen and then unlocks it.

In addition to the speed unlock, in this video you can see a test of the accuracy of identification and a valid scanning angle. Despite the fact that both devices demonstrate superior performance of the sensor, all the results — in favor of Bluboo Edge: it works more precisely and supports the scan angle of 360 degrees.