In early October, Google introduced a “reference” Android-smartphone Pixel and Pixel XL, which are based on the latest Android versions 7.1 Nougat with Pixel Launcher, improved Google assistant Assistant, as well as unlimited cloud storage of photos. The project SuperSaf TV comparison of the latest “Google phone” with the iPhone 7 Plus to find out which device is more productive. 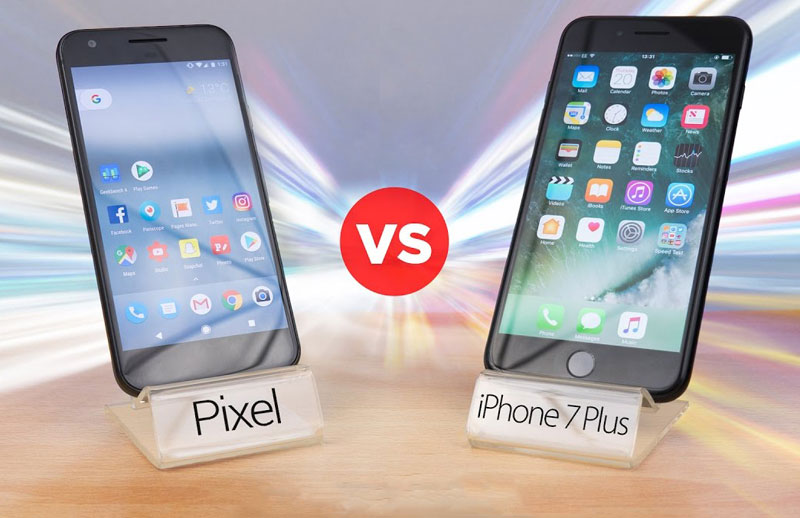 And the iPhone 7 Plus, a new smartphone, Google has received display with a resolution of 1920 x 1080 pixels, however the first screen diagonal of 5.5 inches (401 ppi), and the second is 5 inches (440 ppi). Google utilizes a display panel with the technology of AMOLED, the Apple – IPS. 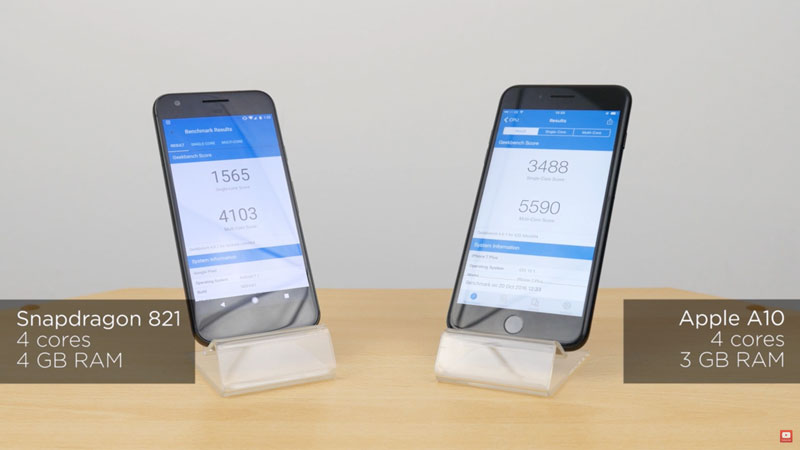 Testing algorithm the following smartphones: the author of the video performs the same task, launching identical applications on each device, and then estimates the speed of the gadgets. Such a comparison is more close to reality than running benchmarks.

The synthetic tests clearly give the palm to the iPhone 7. But how good is “seven” in real tasks? The answer to this question in the video below: