iPhone 7 Plus vs Samsung Galaxy Note 7: comparison of battery life

The channel Creator MW Technology tested the iPhone 7 Plus and Samsung Galaxy Note 7, the purpose of which was to evaluate the duration of Autonomous work of the novelties. According to the author of the test, the trial was attended by the Korean version of the apparatus of the first party, which is exposed to the risk of explosion. Capacity built-in battery of the iPhone 7 Plus is smaller than the Galaxy Note 7 – 2900 vs 3500 mAh. In this second and more display screen resolution. 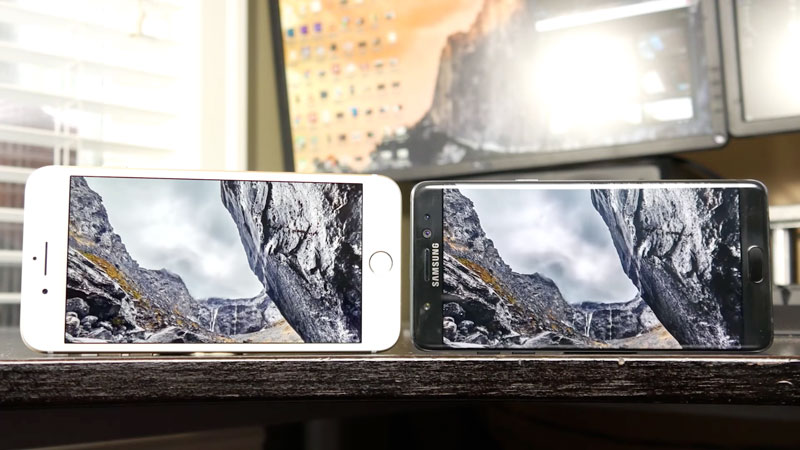 For the first test, the researcher launched on smartphones film, which is played using a third-party player VLC. The experiment showed that the iPhone 7 Plus to withstand the forces of 14.7 hours of continuous video playback, while the result of a Galaxy Note 7 to 15.6 hours. In what format was the test video, the author does not specify. It is quite possible that when using regular player and native video formats iPhone the result would have been higher. 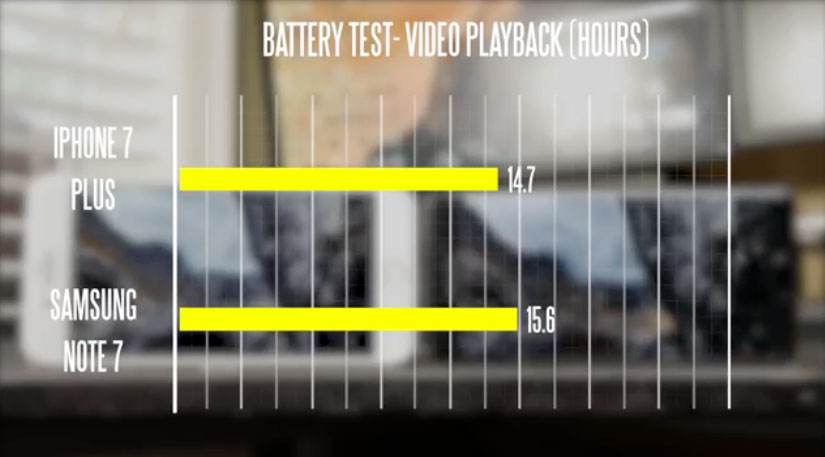 The second test was carried out using a benchmark for evaluating the runtime and graphics performance while playing. In this test, the smartphone uses CPU and the graphic module for performing graphic intensive tasks. iPhone 7 Plus showed the result of 184 minutes and 3222 frames, and Galaxy Note 7 – 218 minutes and 1505 frames. Worst performance of the smartphone Samsung the experimenter explained the higher screen resolution.

The result is iPhone 7 Plus: 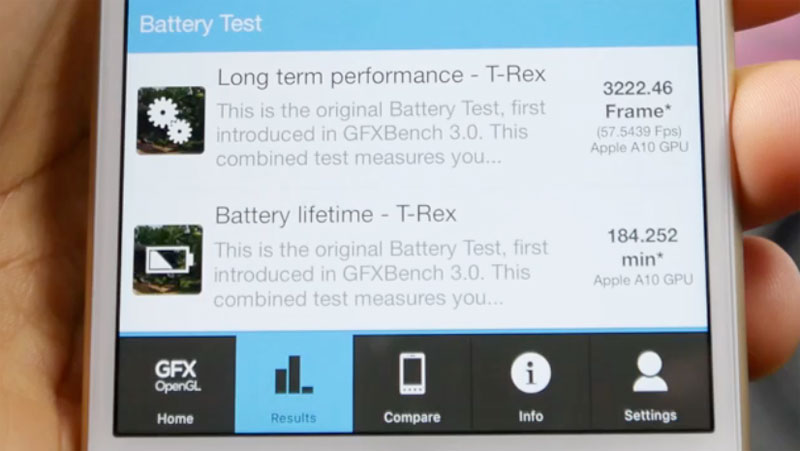 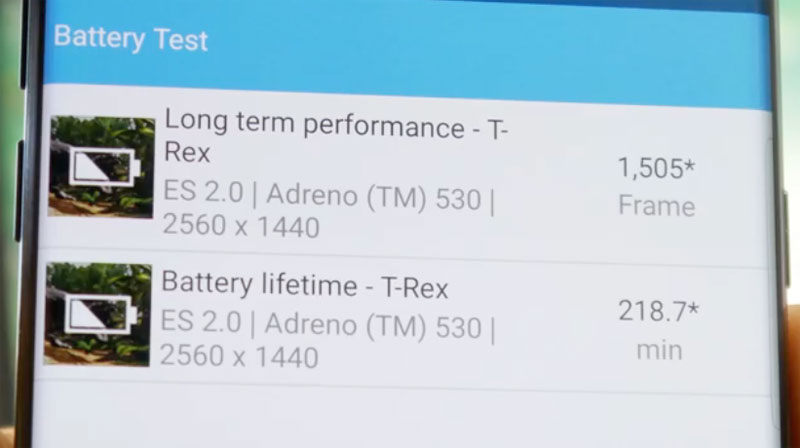 Note that Apple promises the iPhone 7 and iPhone 7 Plus longer battery life of smartphones compared to the predecessors. And it is not only more capacious battery, but in the new processor. The device is based on energy efficient Fusion A10 chip with the new architecture, which provides devices better autonomy.

the iPhone 7 is able to hold a charge on average two hours longer than the iPhone 6s, iPhone 7 Plus is an hour longer iPhone 6s Plus.