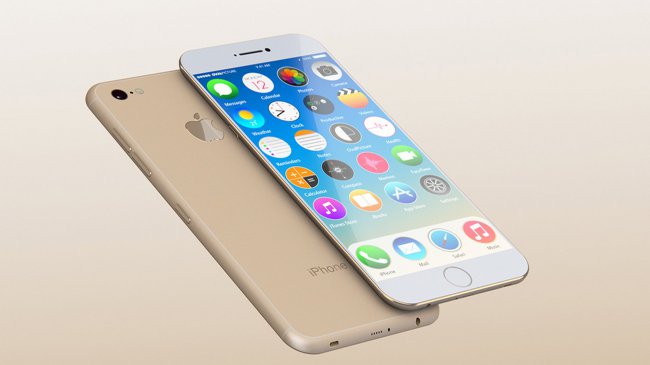 iPhone 6s Plus can rightly be called the smartphone-survivor, withstanding two or three days without recharging. However, Apple decided to once again confirm the success of their own, equipping iPhone 7 Plus, with a 3,100 mAh battery and adding to the lineup with a version of the storage to 256 GB.

According to our colleagues from the Chinese publication myDrivers, referring to its sources among suppliers of components for future smartphones, phablet 2016 will have a unique appearance, but also fully updated filling. In particular, despite the expected reduction in the thickness of the device, it will get more capacious battery and, most importantly, doubled the amount of disk space.

“The message from suppliers says that Apple is not going to change the form of their smartphones, maintaining the familiar diagonal screens of 4.7 and 5.5 inches. However, the configuration of the gadgets will undergo significant changes. The most important of those is to expand the range 256-Gigabyte model iPhone 7 Plus. The usual “seven” will maintain the same gradation ROM in 16, 64 and 128 GB. In addition, it will increase the capacity of the battery pack in the Plus version, reaching 3100 mAh, vs 2750 mAh the iPhone 6s Plus,” — said in myDivers.

Another feature of iPhone 7 Plus, according to the Chinese, can be a chip Apple A11, which would be more powerful designed for the 4.7-inch model a10. However, such “jump” looks a bit strange and not confirmed neither by past experience nor the information providers. In the end, there are X-modification.