iPhone 7 vs Galaxy Note 7: the speed of the fingerprint scanner [video]

September 7, Apple showed the world the new smartphone iPhone 7. Inherited largely the appearance of the iPhone 6s and received a brand new “stuffing” the device is aimed at users who want a smartphone with top specifications and the most advanced operating system. 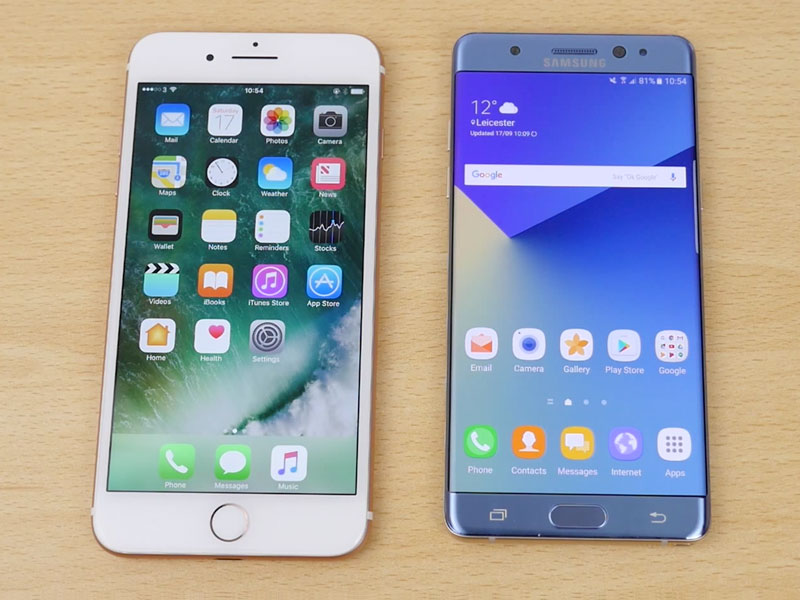 iPhone 7 already went on sale, so users and IT-journalists are closely examining every aspect of the operation of the device. Although the overall design of the smartphone has not changed, the iPhone 7 and iPhone 7 Plus got in addition to the usual color versions (silver, gold and “rose gold”), two new black matte anodizing and a brand new “black onyx”. The latter process is applied 9-fold anodizing and polishing, making a glossy surface is recreated.

To ensure water resistance of the iPhone 7, Apple refused from the traditional mechanical Home button in favor of touch, which received tactile feedback and sensitivity to touch. It also includes a fingerprint scanner Touch ID. The authors of the project SuperSaf TV decided to test its speed in the iPhone 7, which compared his performance with the biometric module the Galaxy Note 7.

Touch ID in the iPhone 7 responds to the touch almost instantly. This was achieved thanks to advanced dactyloscopy with high-speed scanning. However, when compared to the Galaxy Note 7 enthusiasts almost not see the difference. Judging from the video, both phones rasplachivayutsya one speed. In order to verify this the author of the video disabled the animations in the OS.

To compare the work of the scanners in the iPhone 7 and Galaxy Note 7 is on the video below: