iPhone 7 vs iPhone 7 Plus in the test for capacity: 1 Gigabyte decides [video]

The performance of the iPhone 7 compared with the main competitors in the popular benchmark Geekbench experts TechGrapple. And the creators of the YouTube channel PhoneBuff decided to find out which of faster smartphones: the iPhone 7 or iPhone 7 Plus. The result was surprising: the difference in the amount of RAM affects the performance of Apple smartphones. 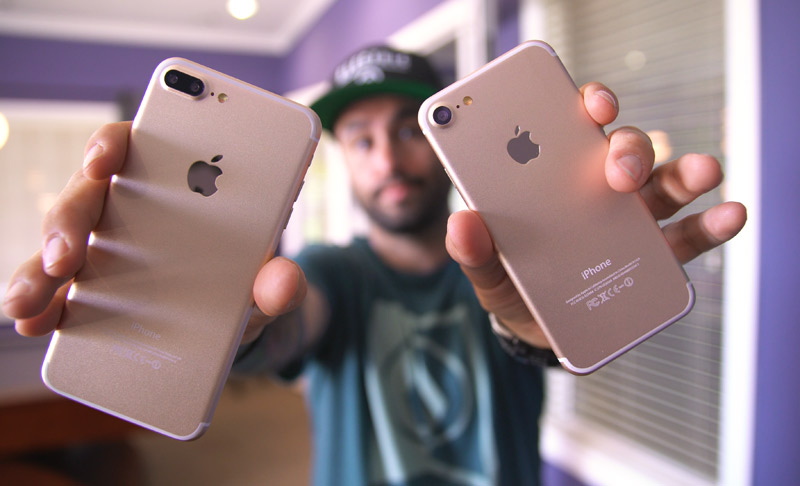 Instead focus on benchmarks, the researcher turned on the stopwatch and began to run identical applications on the iPhone 7 and iPhone 7 Plus. That assessment was more objective, and each program opened twice. Such comparison, believes PhoneBuff, more close to reality than running synthetic benchmarks.

iPhone 7 and iPhone 7 Plus are both equipped with a powerful 4-core processor Apple’s A10 Fusion. At the single core performance of this CPU, by the way, reached the level of the Intel Core processors for laptops. While the 4.7-inch smartphone 2GB of RAM and a display with a resolution of 1334×750 pixels and 5.5-inch model – 3 GB of RAM, but the display is 1920×1080 pixels. 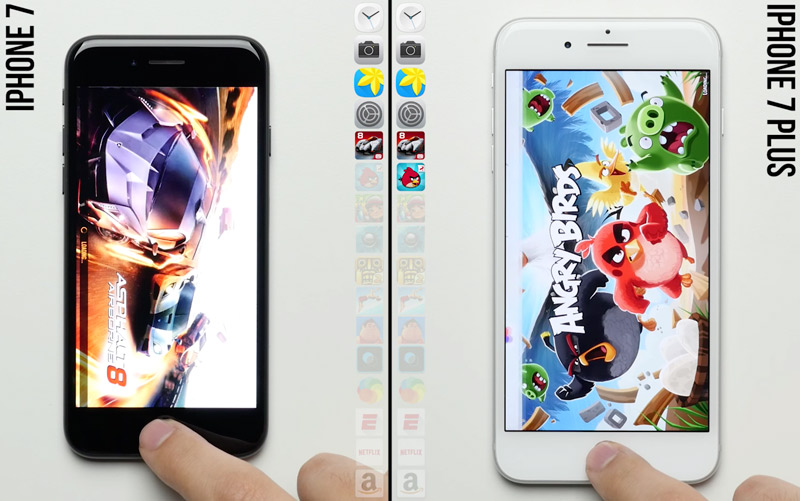 On the basis of the initial conditions, we can assume that smartphones are roughly equal in performance. And this is true, but if we are talking about the first download of the application. Both models completed the round with a score of 1 minute and 40 seconds. The advantage of 1 GB of RAM effect when you re-run programs from the multitasking drawer. Due to the larger memory iPhone 7 Plus instant opened each program, while the iPhone 7 had several times to re-load tasks. The result: 2 minutes and 13 seconds and the first 2 minutes and 23 seconds the second.