iPhone 7 vs Samsung Galaxy S7: comparison of the quality of the shot

IPhone 7 and iPhone 7 Plus expected much. 4-core processor Apple new generation, waterproof design, better camera. How well the latter acts against the camera main competitor, the Galaxy S7? To hold a competition between the best flagships on the smartphone market decided to run SuperSaf TV. Who is better for photos and videos: adored by many iPhone 7 or the South Korean gadget? 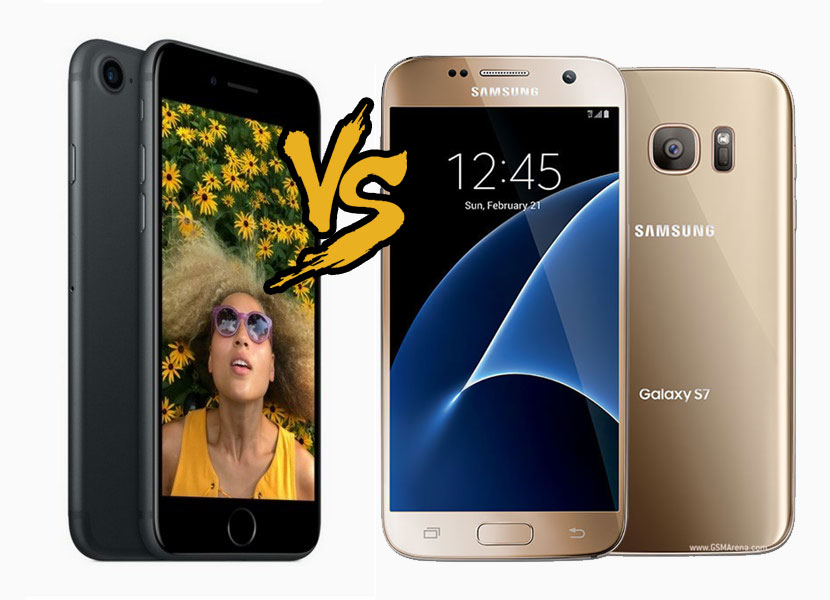 iPhone 7 and iPhone 7 Plus features a 12-megapixel modules with expanded color range and the new 6-cell faster lens (aperture of f/1.8) and for the first time in the 4.7-inch iPhone with optical stabilization system. iPhone 7 Plus in addition to these innovations is different to the dual system of cameras: 12-megapixel wide angle and in the same 12-megapixel sensor with a telephoto lens. This combination is provided by the 2-fold optical zoom complemented by a 10x digital). 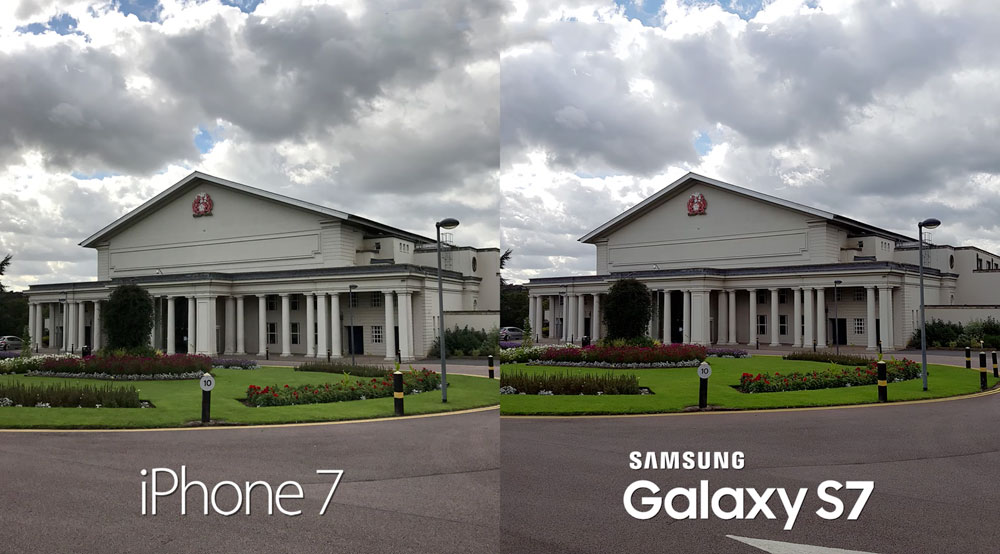 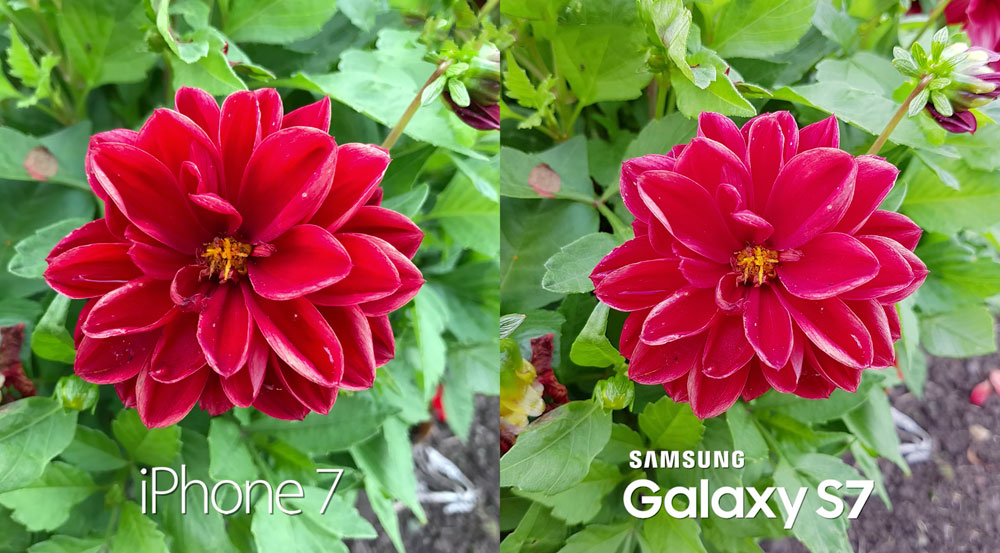 Galaxy S7, Galaxy S7 edge, in turn, are characterized by a 12-megapixel sensor, which got larger pixels and larger aperture f/1.7, and the chamber continues to support the Dual Pixel technology. Thanks to the latter, as stated, the device is able to create high-quality images in low light conditions. 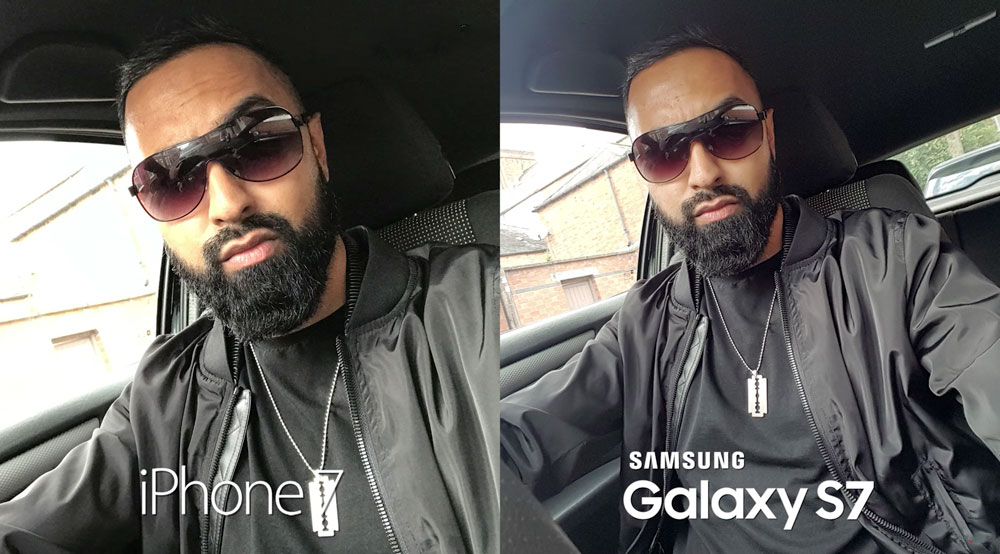 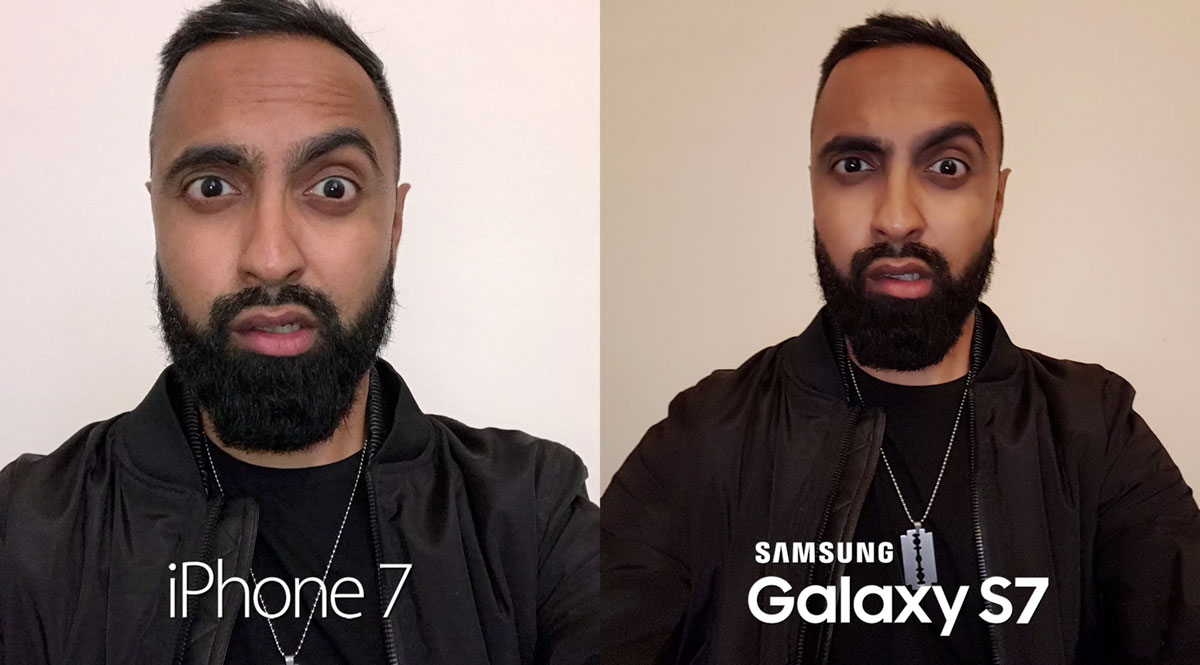 Video blogger did a series of test photos on the iPhone 7 and Galaxy S7 in the same conditions. The flagship Apple manages to shoot clear and bright photos with decent detail in good lighting conditions. Also showed good autofocus. Galaxy S7 in the correctness of color reproduction can not boast of a good result. But the South Korean flagship is better showed itself when shooting in low-light conditions. 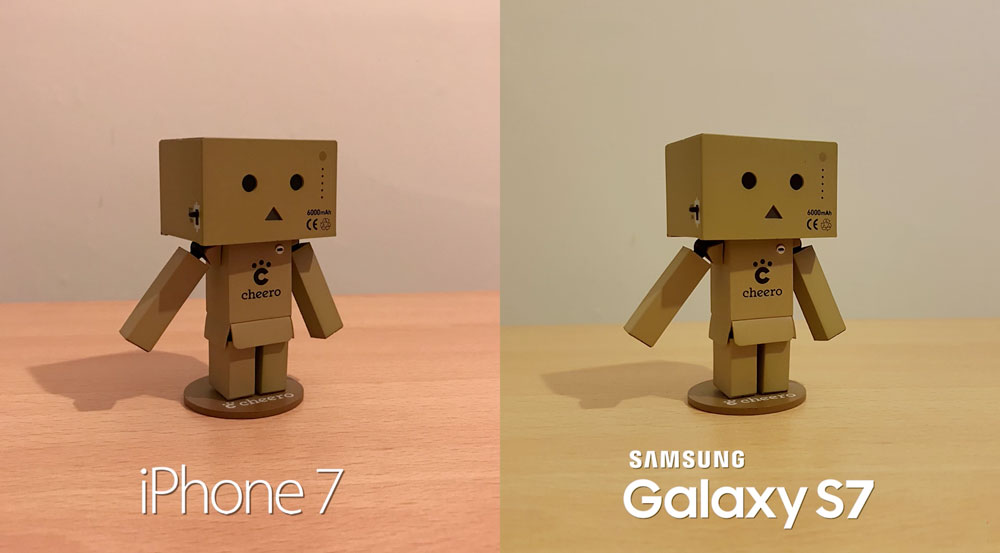 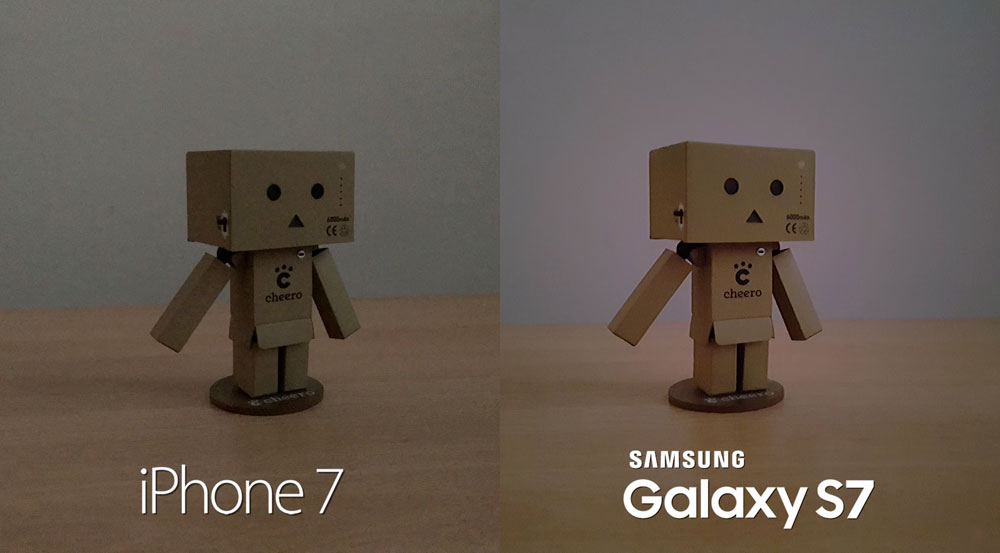 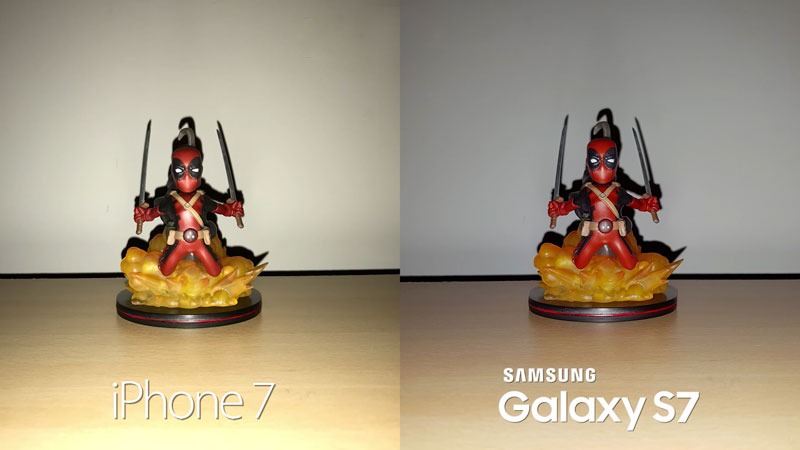 In the article you can see examples of photos. On the left is the result of shooting on the iPhone 7, right photo taken with the Samsung Galaxy S7. Pictures were taken at maximum settings. 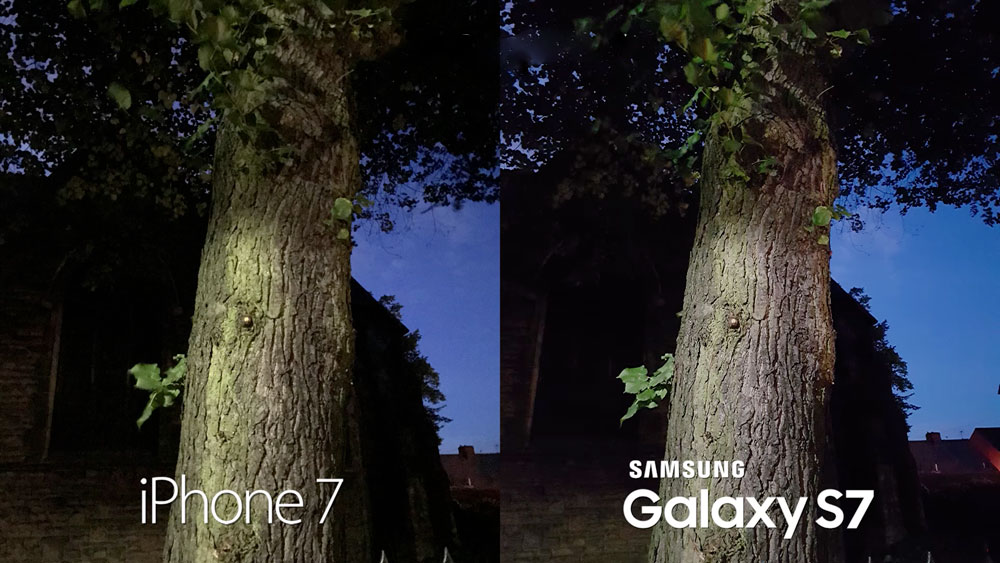