Before this we could already see the tests for water resistance and strength of the iPhone 7. Now it’s time to drop your smartphone on concrete, and a lot of times, and compare with Galaxy S7 edge sustainability flagship, such acts of vandalism. It should be noted that this is not the first drop test iPhone 7, although the previous one looked like not the careful work of the editor, not actual experience. Thus, according to the normal test for the fall and compared to the iPhone 7, the last attempt was far from reality. 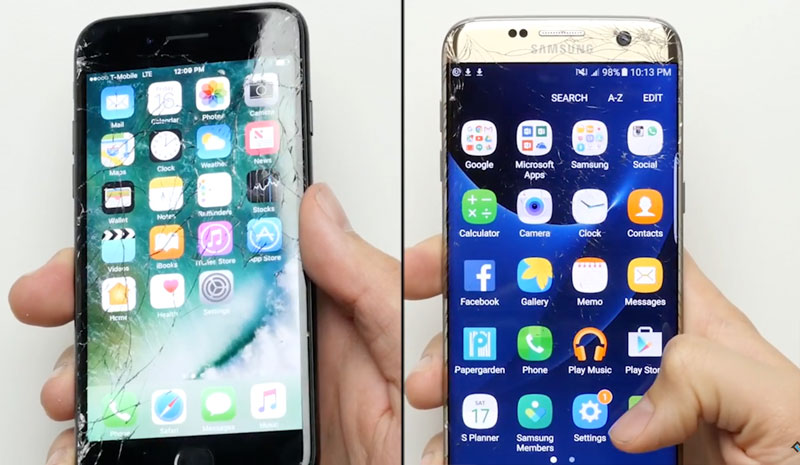 The authors of the YouTube channel PhoneBuff decided to compare metal and glass iPhone 7 Galaxy S7 edge in the test for impact resistance using a special test device. In the process they came up with all seriousness and used professional equipment in order to avoid the influence of the human factor. Dropped smartphones hitting them on a hard surface in different planes. Both smartphones were dropped from a meter height on rear panel, display, bottom, and side faces.

In the first test with a drop on the back side from the advantage was on the side of “Apple” device. Clad in metal 7 iPhone received only minor scuffs on the back, while the back glass Galaxy S7 edge was completely covered with cracks. 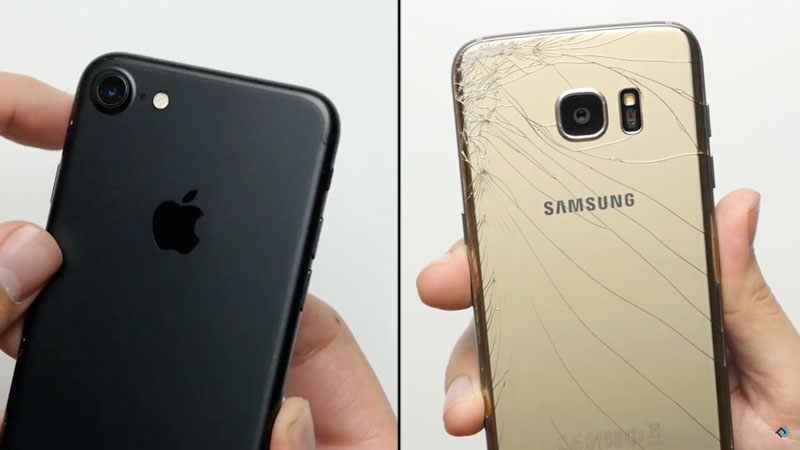 Upon landing on the lower face of the iPhone 7 and Galaxy S7 edge has not received serious damage: it was found only a few visible chips in socket for stylus. If you fall on the side faces of the gadgets had suffered little damage, but nothing that would have prevented their functioning. 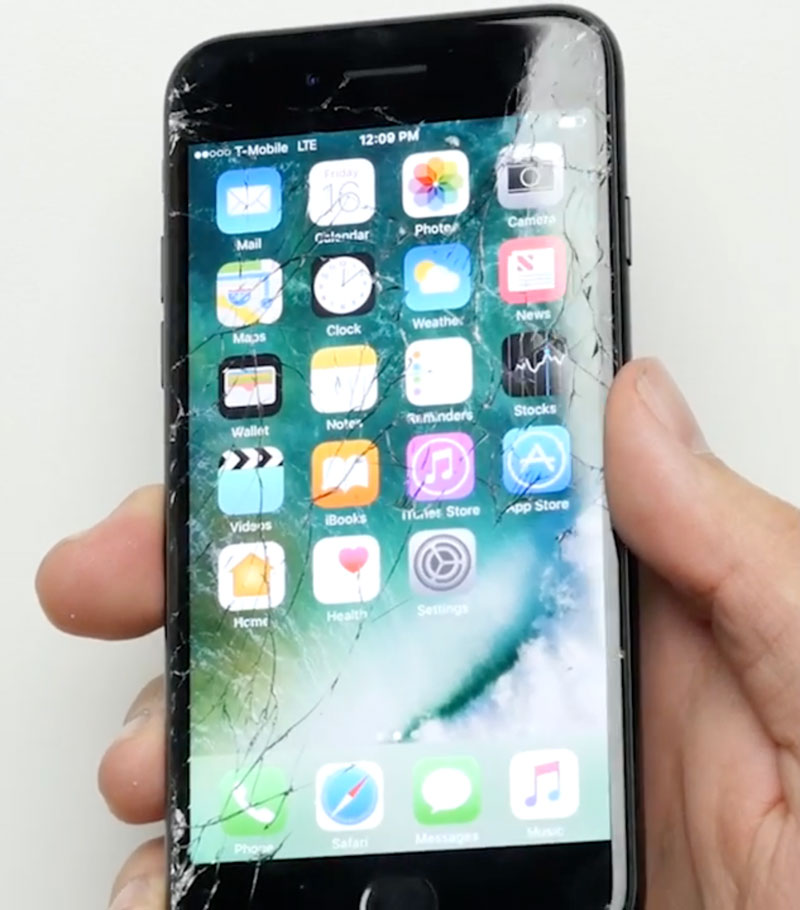 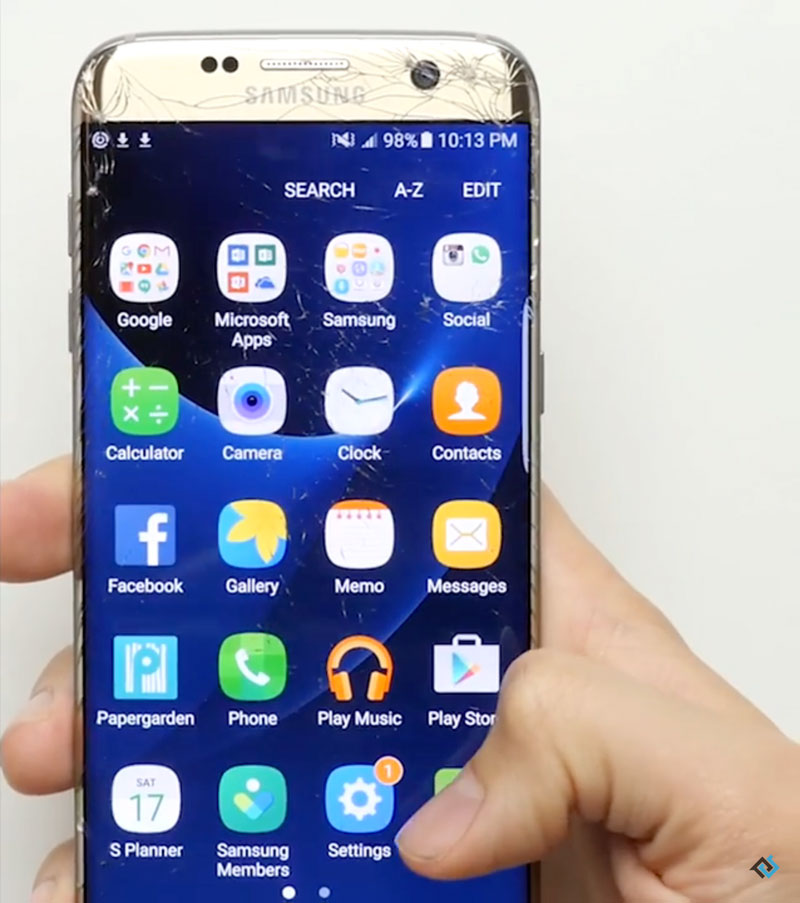 As expected, in the fourth test at impact display on concrete both smartphone got damaged, and the display cracked. Strength glass iPhone 7 was on the same level with the Galaxy S7 edge. The main cracks from the Korean smartphone at the edges of the front panel. 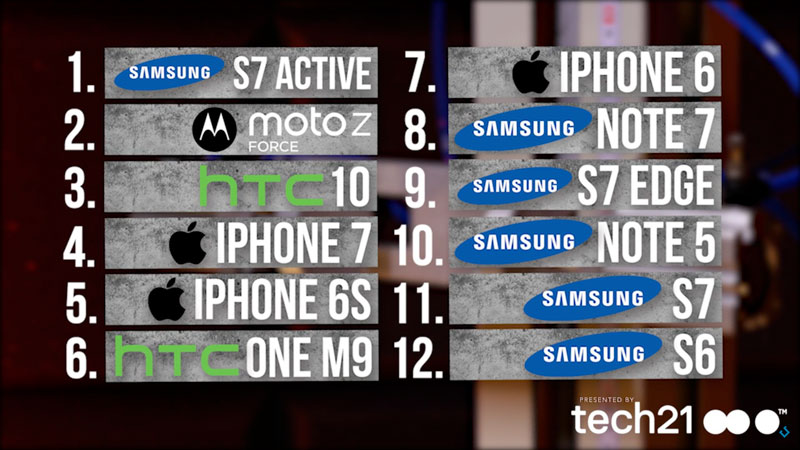 Since the results of the experiment iPhone 7 and Galaxy S7 edge remained healthy, the gadgets took part in the bonus round, during which the device was continuously dropped on the display until they ceased to function. Gadget Apple survived just 8 drops until he passed out. The Samsung has lasted for 50 drops, then the experiment decided to stop: the device failed to disable.