The share of the iPhone 7 many of the difficulties. Drop-tests show that the new flagship from Apple is extremely durable, and it is possible not to be afraid. However, there are trials that are supposed to withstand every gadget. Have tested the strength of the iPhone 7 decided iPhone known torturer with the nickname TechRax. 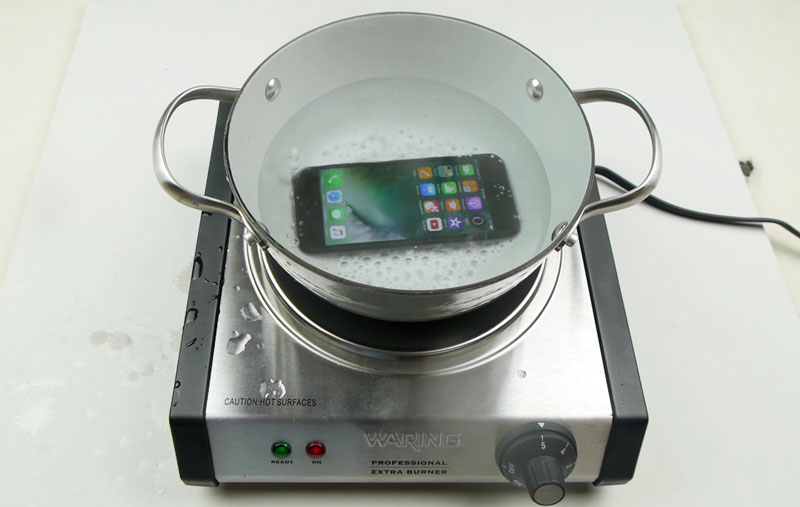 In the first experiment, the American put the iPhone 7 in a glass dish with Coca-Cola. Showing the audience a working smartphone, he put it in the freezer. The iPhone has been there for 17 hours.

To release the device from the sweet captivity, the author of the video used a hammer. Extracted from ice iPhone 7 continued to work, though, and braked. In order to “survive” under extreme conditions, the gadget is almost completely used up the battery — no more than 18%. Suffered sound quality — not frozen iPhone was much louder.

In addition, enthusiast noticed that when he turned off the iPhone 7 on a dark screen appeared brown spots. Video blogger suggested that 17 hours is a little liquid still seeped inside the device.

In the second test TechRax checked, will it work iPhone 7 if you cook it in boiling water for 7 minutes. When the experimenter pulled the phone out of the pan, the device does not turn on and the screen remained dark. But after 10 minutes, a little cooled down, the smartphone is already fully functioning.