Wireless charger with the speaker called Air Charge on Kickstarter can not only charge your iPhone without wires, but to keep it in the air. 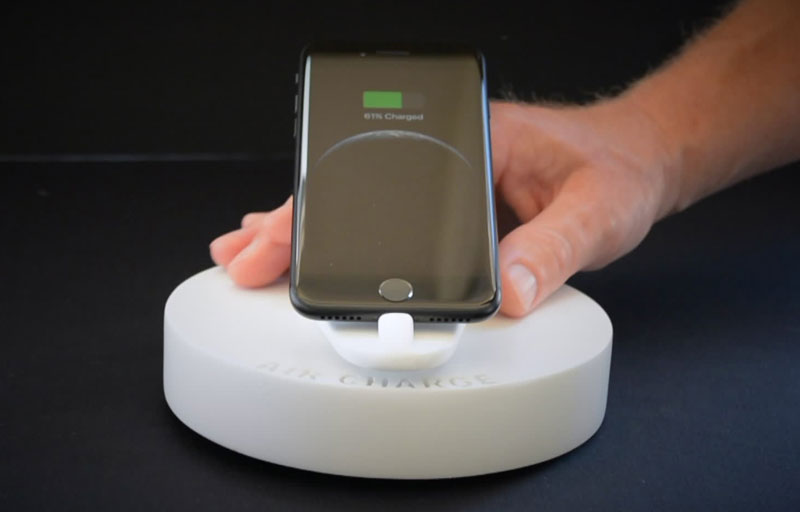 The developers of the project Gryker provided the original levitating dock for the iPhone 7. This charging causes the smartphone to float above the surface. The effect is achieved by the magnetic force.

While charging the mobile device is not just hanging in the air and rotates slowly. In principle, the stop of the rotation after the completion of charging would be a good indicator that the battery is already fully charged, but while such possibility is not provided.

The creators are proud of their product because it is completely silent, so the process of charging the iPhone will not disturb you during sleep or any other activity. Moreover, the accessory works with any iPhone case.

Charging station Air Charge compatible iPhone 7 and iPhone 7 Plus and the iPhone 6/6s, iPhone 6 Plus/6 Plus, iPhone SE. The creators of the product say about the support only smartphones, as the forces of the magnets is not enough to keep the iPad air.

The cost of the Air Charge in the black and white version is around $ 79. The beginning of deliveries is expected in February 2017.