IPhone in 2018, you may receive the main function of the Samsung Galaxy S9 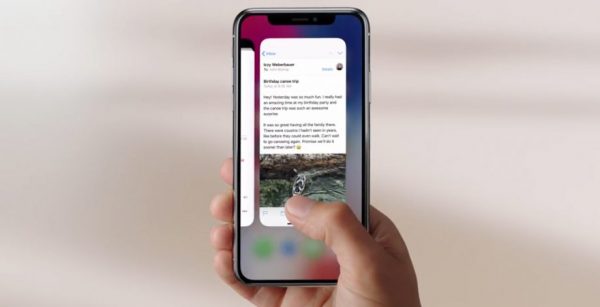 This technology is a cellular wireless data transmission, which gives the current flagship Samsung a significant advantage over the iPhone X. MIMO means Multiple-Input and Multiple-Output, and the version 4×4 uses four antenna ports to transmit and receive data.

A typical LTE modems with two antenna are used in the modern iPhone. And twice the number of antennas simultaneously sending and receiving data leads to faster connections.

This practice demonstrated the Intelligence service Speedtest from Ookla who carried out the necessary tests and found out that the flagship Samsung wins the Apple flagship. The download speed in Samsung Galaxy S9 was 49 Mbps, the iPhone X – 32 Mbps. upload Speed is 11.3 Mbps and 9.9 Mbps respectively.

4×4 MIMO is part of LTE-Advanced technology, which is already supported by many operators. To make it work on iPhone X, Apple needs to change the modems Qualcomm Snapdragon X16 graphics and Intel XMM 7480 used in devices in 2016, more modern.

If this really happens, the new Apple smartphones will be able to really outshine all other market participants. In 2018 it is expected three iPhone – they will show this fall.