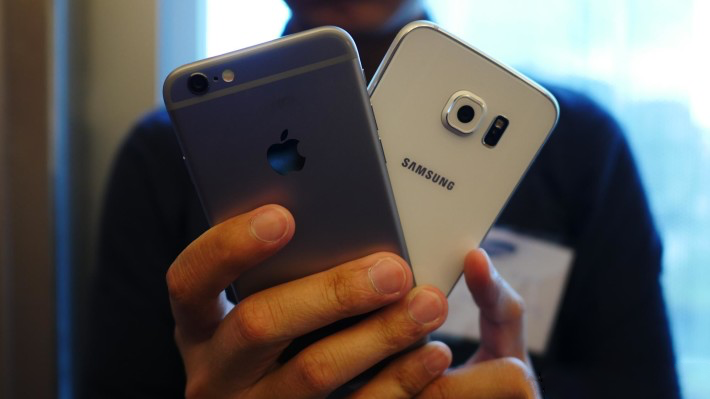 Analysts from Gartner does not cease to surprise with its sales data on the global smartphone market. According to the latest information, in the second quarter of this year, seriously Apple surpassed Samsung in sales growth rate. But how exactly?

If in the second quarter of 2014 was sold more than 35 million Apple smartphones, but this year the figure has reached 48 million units. IPhone sales thus grew by 36 % — an impressive figure on the background of intensified Chinese manufacturers.

Samsung, in turn, showed a sales decrease of 5 % — not so much, but in a proportion of more than four million smartphones. In just Q2 2015 the South Korean giant sold 72 million units.

But more interesting is not so much indicators of Apple or Samsung, much data on “other” manufacturers: they increased sales by 20 million smartphones, and it seems that this is only the beginning. The five leaders, among them Huawei, Lenovo and Xiaomi, can change greatly in a few years. And this is not surprising, because many companies are selling extremely good smartphones for 10-20 thousand rubles.