IPhone sales in Europe and the United States are rising again, iPhone SE became the best selling smartphone in the UK

According to the research company Kantar Worldpanel, sales of iOS devices started to grow again in the US and five major European markets in the second quarter. The share of iPhone increased by 1.3% in the US and 3.1% in the UK and now is 31.8% and 37.2%, respectively. 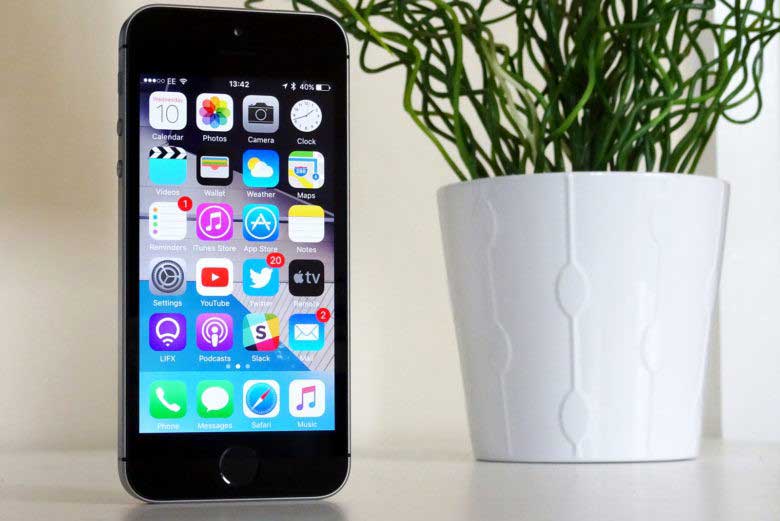 It is noteworthy that in the UK the 4-inch iPhone SE was the top selling smartphone, it accounts for 9.2% of sales. the iPhone 6s is not far behind and 9.1%. There’s bad news from China, where Apple’s share fell by 1.8% and amounted to 17.9%, with the result that the company moved to third place after Huawei and Xiaomi.

“While the iPhone 6s and 6s Plus remain top-selling smartphones in the region, pressure from the Huawei Mate 8, P9, Xiaomi Redmi Note 3 and Mi5 and the Oppo R7 has led to increased competition in the market. With the ongoing restrictions on the supply of iPhone SE, this model failed to achieve the expected result, the share of the iPhone SE accounted for only 2.5% in the second quarter.” 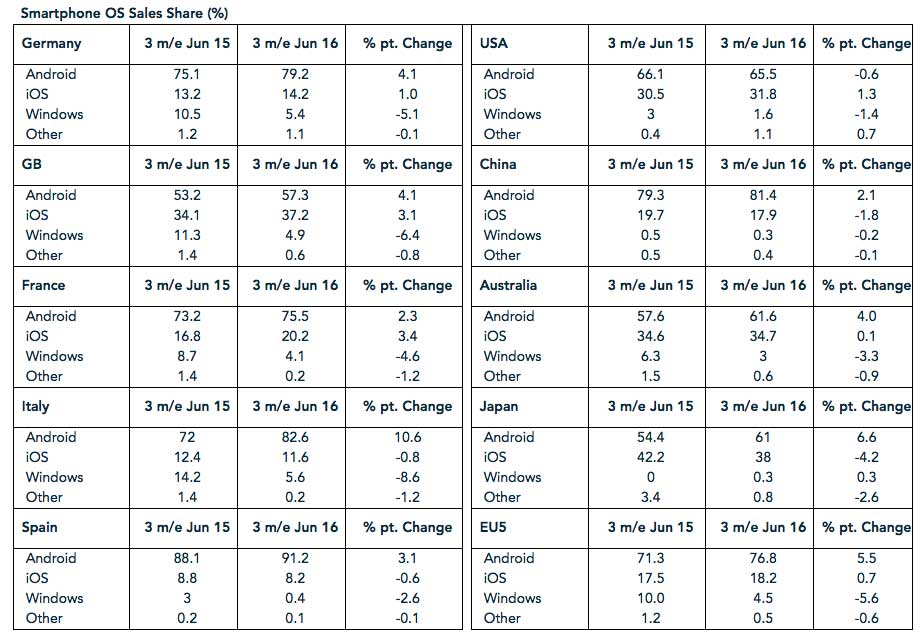 Apple also suffered a serious decline in Japan, where the company’s share fell to 38%. Despite the concern about the lack of serious changes in the design of the iPhone 7, Kantar gives optimistic predictions for the third and fourth quarters.

“With great demand for iPhone SE in the second quarter of interesting to see an increase in iOS share in the third quarter, assuming that supply problems will be less. Waiting for the new iPhone, which is usually present in September, usually means not very good for iOS summer. However, sales data indicate that 49% of iPhone owners in the US and 51% in China use the iPhone 5s and older models. This means that most users are willing to change your device to a new device”.

According to the latest rumors, the iPhone 7 will go on sale 16 September, earlier than usual. So Apple can maximize sales in the third quarter.