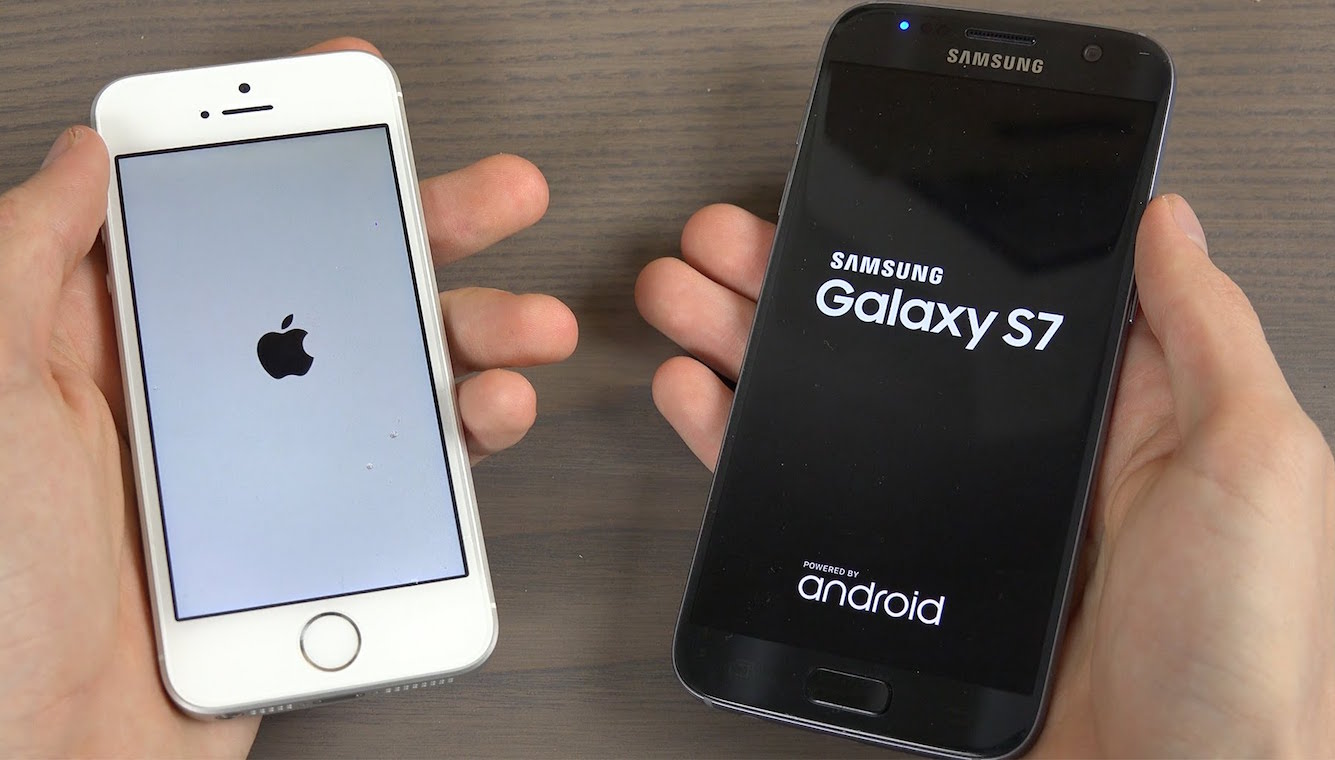 Despite its compact size, SE iPhone, as we know, has contained a “flagship” hardware from the iPhone 6s. Therefore by itself the question arises: what prevents us to compare this budget, it would seem that the device with the top flagships on the market? It was for this task came from our colleagues from the channel Tech Trinkets.

Without thinking, the guys picked up a iPhone SE and “hot new product” Samsung Galaxy S7, and compared without any handicaps, discounts and reservations. What we got in the end? Korean flagship for 50,000 rubles for most indicators (apart from the diagonal of the display, of course), epic gave way to the American smartphone 38 000.

The test was conducted in a standard way: launch applications and “heavy” games, measurement of the battery consumption and of course the obligatory Geekbech. In the end, “baby” iPhone SE according to the results of the lion’s share of checks left behind Galaxy S7, as in the synthetic test scored in single core mode 2562 2145 points against the “Korean”. Of course, eight cores more than two, so in multi-core mode Samsung, naturally, took the lead.

Interestingly, ten comprehensive inspection took battery Galaxy S7 six percent charge, while the iPhone SE the indicator still showed 100%. Below is the video with the dough, and to understand how a good job in Cupertino, knowledge of English is optional.