Smartphone shipments grew by 6% in the first quarter of 2017,while the market for premium models (more than $600) increased by 143% during the year, the report of the analytical company Counterpoint Technology Market Research. In the reporting period, Apple took 81% of the market of premium smartphones in Russia. 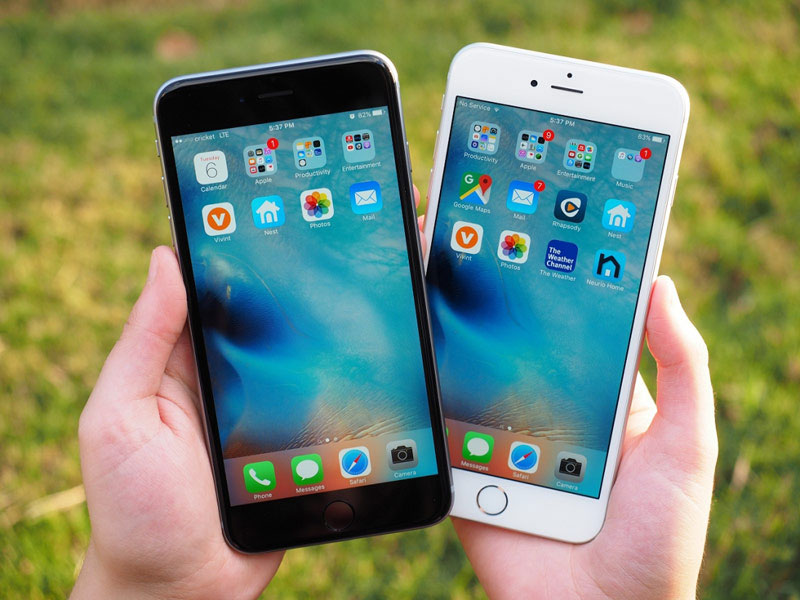 The mobile devices market in Russia from January to March rose compared to the previous year by 11%. In the first quarter, Samsung became the leader in the segment of mobile devices and smartphones with a market share of 21 percent and 31 percent respectively. Apple is the second largest smartphone brand in Russia with a market share of 12% based on the number of assigned devices. The iPhone 5s accounts for a quarter of all deliveries.

Samsung and Apple together took in the first quarter, 43% of the Russian smartphone market in terms of quantity and 66% or 2/3 in cash. 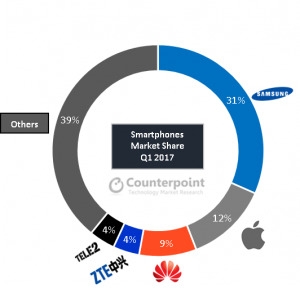 Among Chinese brands, Huawei was the leader with a market share of 9 %, followed by ZTE with 4% of the Russian smartphone market. Huawei and ZTE were in the top five largest suppliers of smartphones in Russia, occupying third and fourth places respectively. 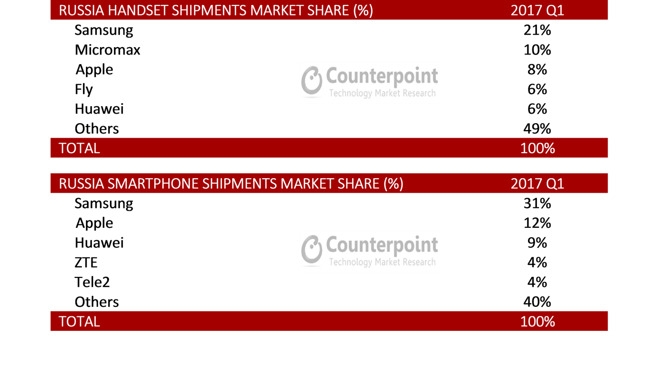 The sales of smartphones in the premium segment worth more than $600 increased compared to last year at 143 %. Apple and Samsung occupy 95% of this segment, including 81% with Apple.