Technical experts have made a rating of smartphones, the most frequently breaking down or running with errors and failures. As it turned out, in the second quarter for the first time, the iPhone proved to be less reliable than the Android devices, leading to the failures among the “guglofonov” Samsung holds. 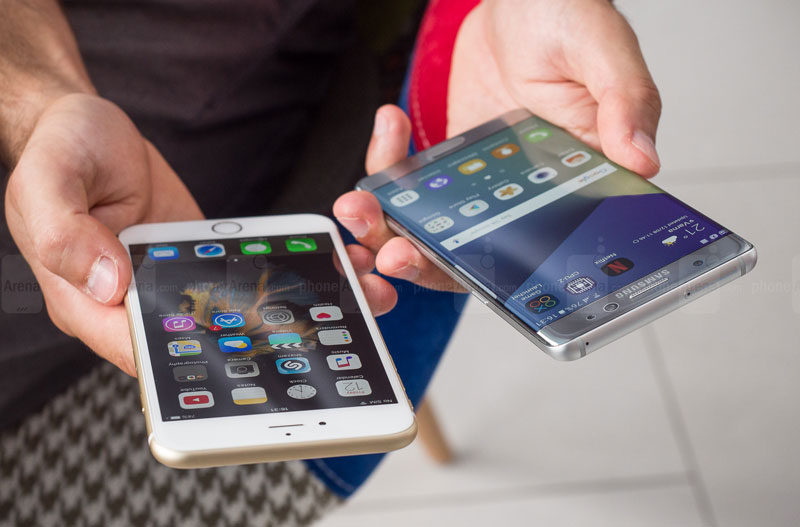 Studying health smartphones from Blanco Technology Group showed that the period of failures was observed in 58% of Apple mobile devices, which is two times higher than in the first quarter. At the same time, Android devices showed a failure rate of 35%, the first being more reliable than iOS.

If you understand which manufacturers produce the most “buggy” Android smartphones, the ranking is headed by Samsung. 26% of the errors comes into the South Korean brand. Next come the Chinese company Lenovo LeTV, Motorola at 11%. The bad smartphone based on Android was Le 1S 10%, 1S Le Eco with 7%, followed by Lenovo Vibe K5 Plus (6%), Vibe P1m (4%) and K3 Note (4%). All this budget Lenovo. 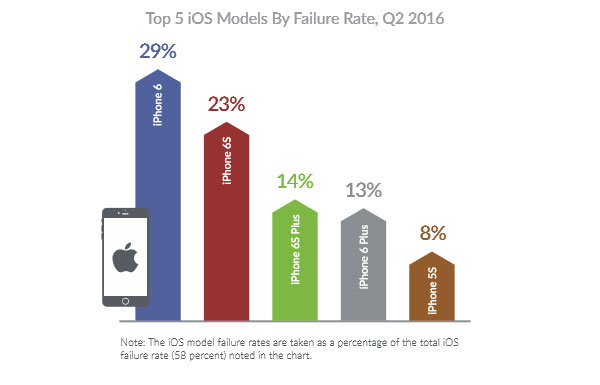 65% of problem iOS had trouble with falling applications, 11% with Wi-Fi, 4% device 4% mobile data and 2% with poor signal reception. Android the main problem lies in the camera (10%) and battery (10%). The touch screen accounts for 7% of faults on the microphone and speakers is 5%.

Applications fell by 50% iOS vs. 23% Android. Most often it was on the iOS app Snapchat (17%), followed by Instagram (9%). 12% of Android devices were deprived of health services Google Play, followed by sync contacts, address book, photos, and TouchWiz (on 5% of devices).

The study notes that the cause of many failures are the actions of the users, not the disadvantages or marriage of hardware or software. In this regard, experts recommend that owners of gadgets to properly charge the battery and time to clean memory and to load system updates.