iPhone vs Samsung Galaxy: how many smartphones to stop a bullet

iPhone was subjected to various tests: crushed in a blender, dropped from heights, boiled in soda, flattened by a press. As the number of views of the relevant YouTube videos, people like creative destruction of Apple technology. This time iPhone decided to compare the strength of with Samsung smartphones and to do this with a semi-automatic AR-15 rifle. 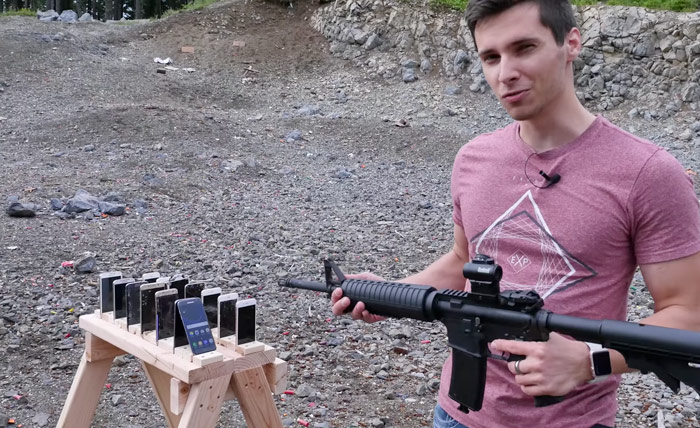 When Roosevelt got shot during a campaign speech, the bullet hit the 50-page manuscript. This gave him the ability to speak another hour and a half. Good that he read it not from a smartphone. It is clear that none of the gadgets are not able to stop or slow down a bullet. But if you have more of them, that should be enough? 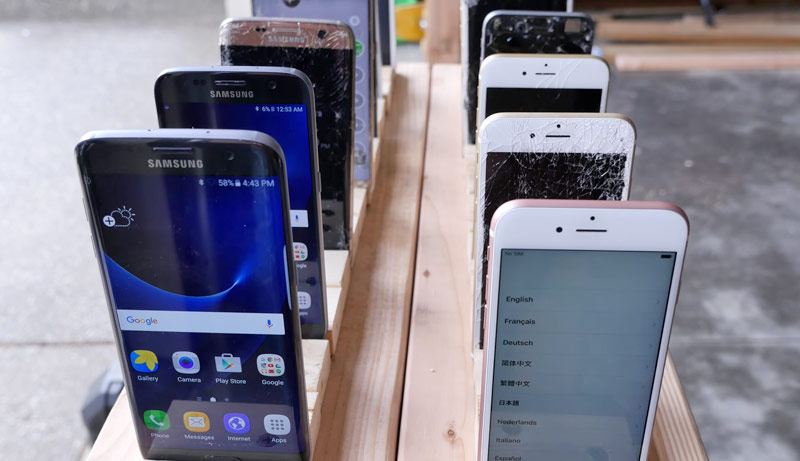 In the original experiment EverythingApplePro was attended by 14 smartphones – iPhone, seven different generations and seven models of Galaxy series. They were fixed in two rows one behind the other on a wooden base. At the beginning of the line of gadgets put the Samsung Galaxy S7 and iPhone 6s Plus, they took the first blows.

“To save his life, you will need five and iPhone six Galaxy smartphones”, – concluded the author of the video, making two shots on the armor of gadgets. “Success” cemented mass shooting gadgets from weapons of different caliber.