iPhone X, which is due out in the fall of 2018, already lit in the photo

Night may 24, 2018 in the Twitter published a photo, which, if you believe the signature was a picture of a disassembled iPhone X 6.1-inch OLED screens. 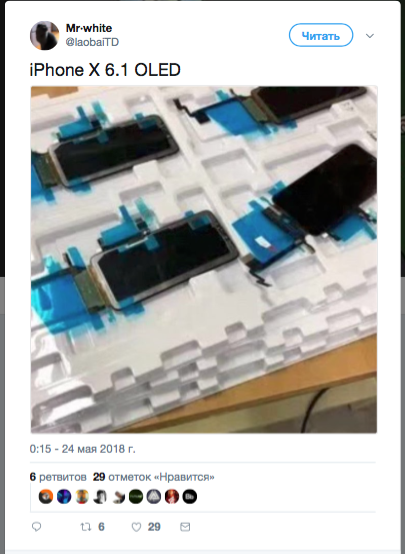 The attentive Apple fans may remember the author of the publication of Mr white, who has previously provided truthful information about the upcoming new products of the Corporation.

However, the information that the version with a 6.1-inch display will be equipped with OLED screen, runs counter to the reports of the chief of the Apple insider Ming-Chi Kuo. According to Kuo, Apple is going to release three models of iPhone X — c screen diagonal of 5.8, 6.1 and 6.5 inches. And medium-sized version, unlike the others, should get a cheaper LCD display.

And as you know, Ming-Chi Kuo is almost always right. 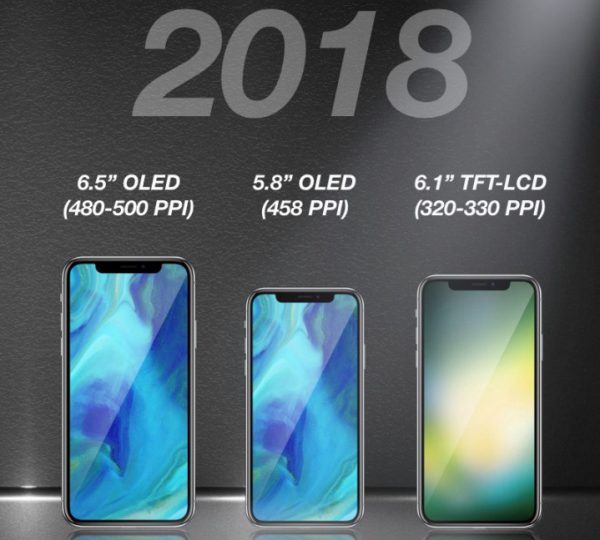 About Apple smartphones in 2018, a lot of rumors. For example, the new model will probably be running 7-nanometer processors A12, the production of which will start soon at the plant TSMC. Chipsets of this class are of high performance, able to support advanced artificial intelligence and allow the gadget without recharging for up to three days.