Is it worth to upgrade to iPhone 7 or better to wait for the “jubilee” iPhone 8?

During the existence of the iPhone started a whole segment of devices and spawned a plethora of imitators “Apple” products. Every new model announcement — an event in high-tech landmark. Even those who is a supporter of the competing mobile platform Android, are interested in how the iPhone will appear in the next iteration. 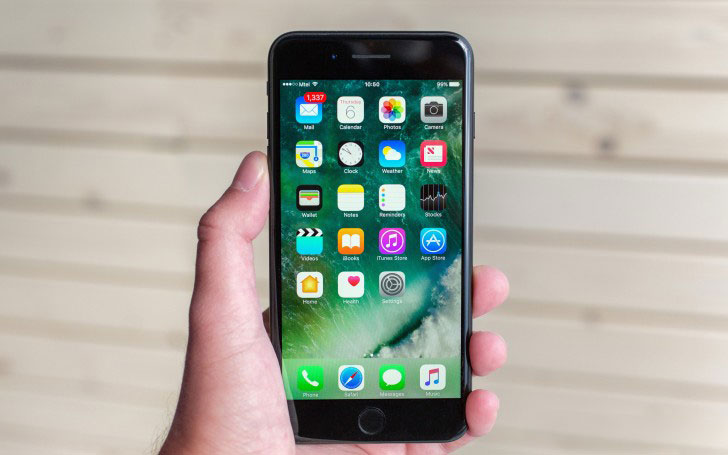 The new iPhone 7, Apple went on a radical new design, but several technology updates, of course, is to pay attention to. And important question: are these changes in order to change your “old” iPhone 5s, iPhone 6 or iPhone 6s on a “seven” or maybe, wait for a completely new iPhone 8, asked a question in Vestifinance? What has changed in the iPhone 7 and whether there are innovations in order to go shopping for a new model?

Dimensions of the smartphone remain the same — 158,2 mm 77,95 mm for the 5.5-inch iPhone 7 Plus and 138,3 mm 77.9 mm for the iPhone 7. The thickness of the body also has not changed: 7.3 and 7.1 mm respectively. Camera, volume buttons, off, lock — all located in the same place. Change begins with the “Home” button. She is now touch and responds to touch light vibration thanks to a new actuator called the Taptic Engine, which provides precise response. Moreover, the developers of games and applications can implement haptic feedback in your software. First, the button feel strange, but to it quickly you get used to it. The Touch ID sensor to identify a fingerprint left at the same place, but began to work faster with the updated sensor. 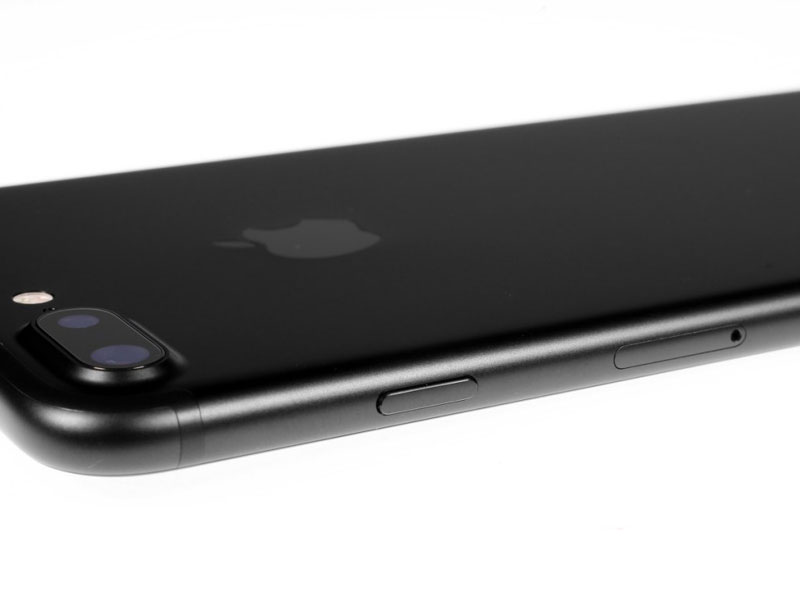 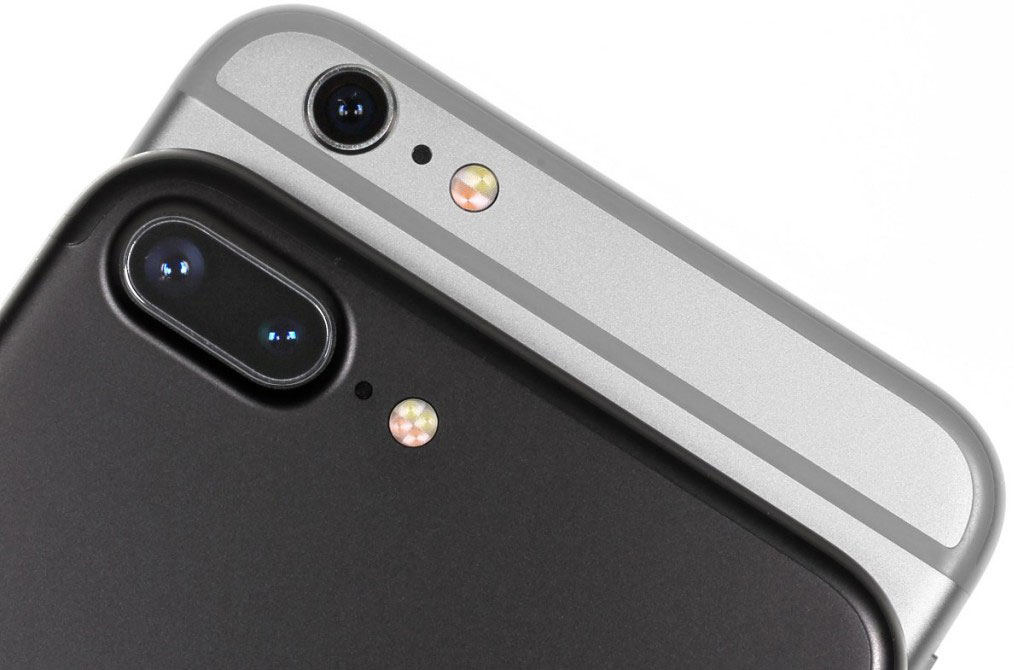 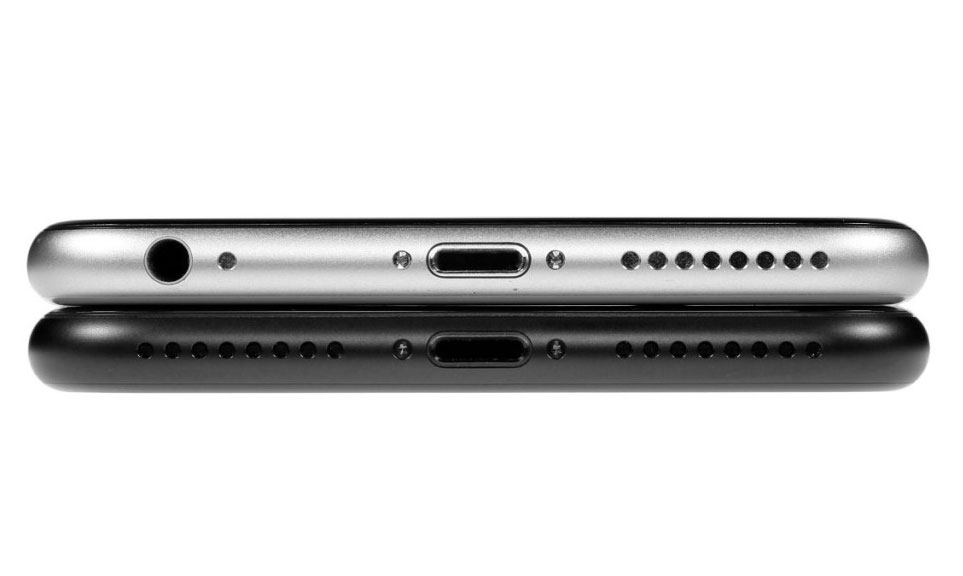 In the reviews of the iPhone 6 and iPhone 6s in the Network often to be found dissatisfaction with the bands on the back of the case, which, standing out, violated the aesthetic integrity of the aluminum panel of the smartphone. In the new version of the gadget’s antenna was moved on the top and bottom faces and tinted in the color of the body, making almost imperceptible.

Perhaps the most important design improvement in the iPhone 7 — moisture protection level IP67. This means that the smartphone can withstand immersion in water to a depth of 1 meter for half an hour. Inside the device will not be able to get the sand. Of course, once you throw the gadget in the pool should not be, but it’s nice to know that the autumn rain and the occasional drop of water is no longer scary. 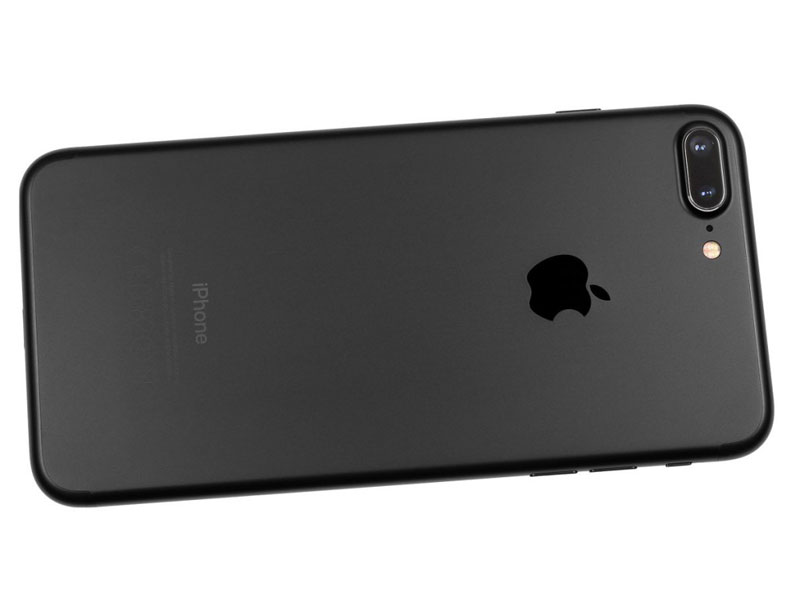 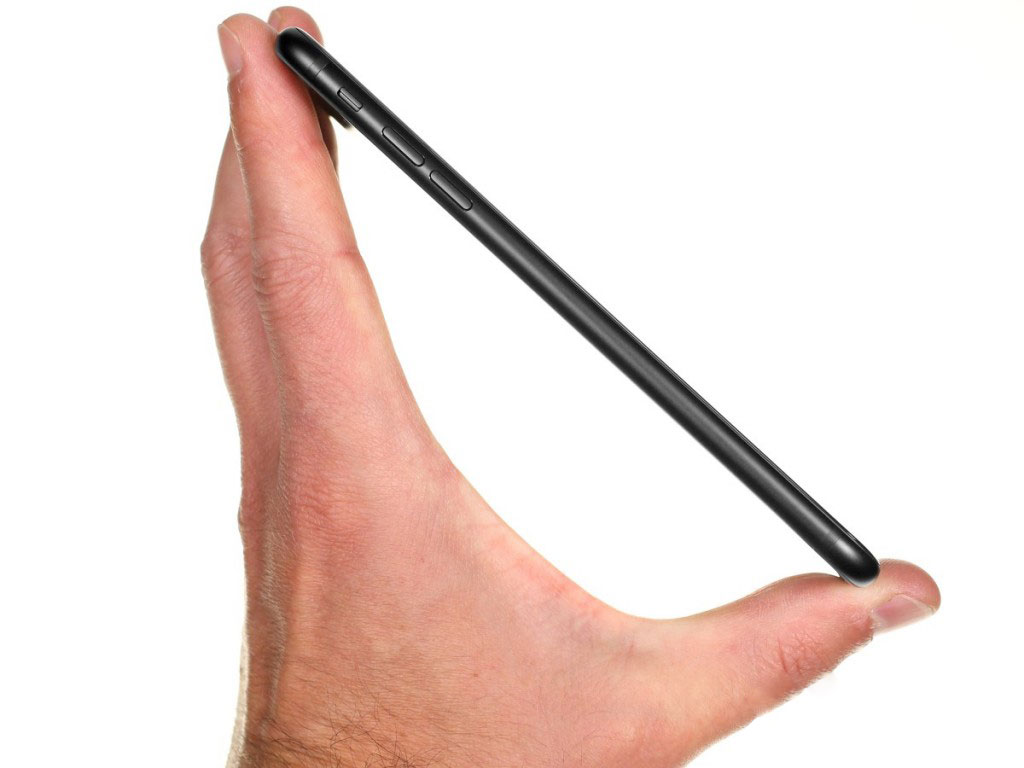 After reports that the iPhone 6 is bending in pocket some users, Apple has made both models out of more durable aluminum alloy 7000 series. In addition to the traditional colors of the case – “rose gold”, silver and gold – added two new options – Matt black and glossy “black onyx”. To achieve the glossy effect body is subjected to high-precision nine-the process of anodizing and polishing. The result is a deep and uniform black color, the border between glass and aluminum are virtually indistinguishable. Looks very impressive, but, alas, I have such a case one minor problem. The glossy body is very sensitive to fingerprints and is easily scratched from keys in my pocket.

The case really soiled. While it is not picked up, it looks great. But almost immediately the mirror-polished surface covered by numerous fingerprints and loses its beauty. To preserve the original appearance, you need to hold the iPhone 7 in the color Jet Black gloves. Or in the case. But then it becomes pointless choosing this particular variation of the housing of the smartphone. But matte black is extremely resistant to scratches on the surface of the prints. Without case to use. Updated CPU: in 7 iPhone 4-core A10 Fusion, where two nuclei are responsible for the performance and the other two for effectiveness. In practice, this means that for demanding applications includes two high-power core, and for more demanding soft enough the other two energy-efficient cores. Compared to the iPhone 6 in 2 times higher performance. The battery life in the iPhone 7 increased by 2 hours compared to the previous generation. The iPhone 7 Plus increase the autonomy of the slightly smaller phablet operates on average for an hour longer than their predecessor. The amount of RAM that the iPhone 7 Plus 3 GB of RAM LPDDR4 RAM, which is important for fans to clog mobile browser tabs. 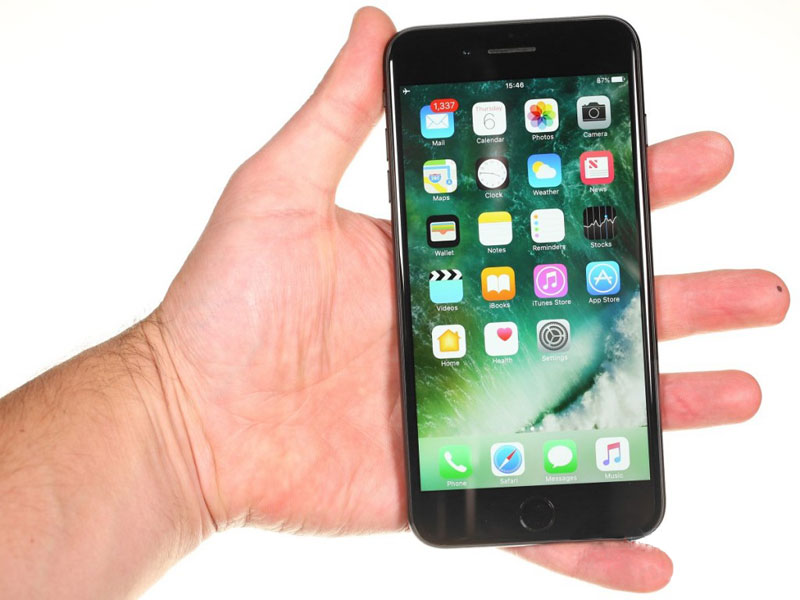 The chamber has received a major update in the iPhone 7 Plus – he has dual 12-megapixel sensor. The main wide-angle camera with an extended aperture range of f/1.8 is paired with the second camera equipped with a telephoto lens 12 Megapixel. With the dual camera and ISP technology for the iPhone 7 Plus you can now zoom in 2 times by the optical zoom for both photo and video. Improved digital zoom allows you to zoom in when taking photos up to 10 times, and video up to 6 times. Both cameras are equipped with technology optical image stabilization. Specifically for the iPhone 7 Plus the app now has a new shooting in portrait mode, the feature will be available in iOS release 10.1. The front facing camera is now a 7-megapixel and able to record video in Full HD unlike sensor with a resolution of 1.2 megapixels on the iPhone 6 Plus.

Apple has removed the iPhone from 3.5-mm connector, which is designed for headphones. Now in its place another speaker that provides stereo sound. Headphones connect via the Lightning connector. Included are ЕаrPods with the appropriate connector, and to connect normal headphones to the supplied adapter with output 3.5 mm Adapter feels quite hlipenky. Probably better if the connectors Lightning Jack will be one. So less likely that the transactions will be ground in two places. 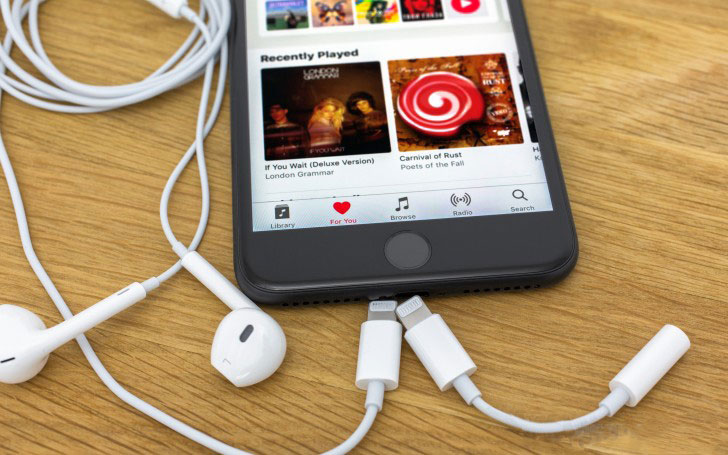 According to top managers of Apple, 3.5 mm Jack is outdated and must give way to new developments. “The audio more than 100 years, and its last improvement was 50 years ago. You know what they did to him? Just reduced! Since then it has not been touched. It is a dinosaur. It’s time to move on”, according to the company.

iPhone 7 and iPhone 7 Plus has been a worthy addition to the family of “Apple” flagship. The return of the black corps, even with two variations – a pleasant fact. What this corps went faster all on pre-orders, demonstrates how consumers are yearning for black. Surprising that Apple took so long to slow introduction of moisture protection, when the competition premium smartphone (and sometimes budget models) are equipped with water and dust – proof. But better late than never. 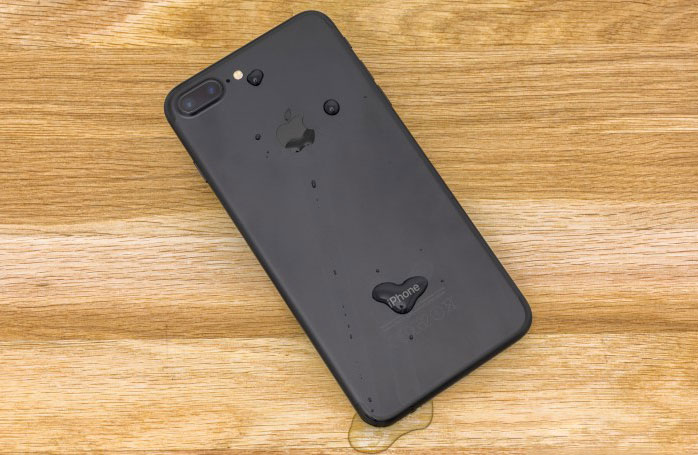 Capacitive Home button – ambiguous update, and the lack of audio Jack. These changes should be used, and in the prospect and the advantage of such technological solutions to users remains to be seen.

Is it worth to upgrade?

All changes are very pleasant, the iPhone 7, of course, was the “best iPhone”. Rumors in the press have credited the next “jubilee” smartphone, iPhone 8, brand new design, frameless glass body, wireless charging. Next year we will probably see what Apple transformerait his famous flagship. 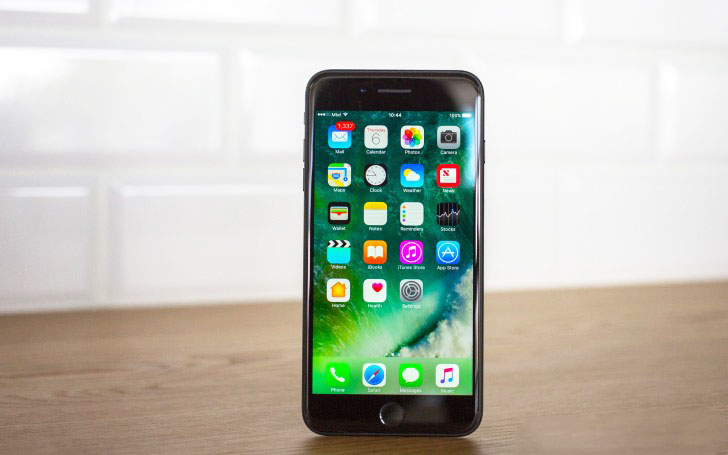 For owners of the iPhone 6s and iPhone 6s Plus “sevens” are not so obvious. Many of the characteristics and capabilities of same and to agree to an upgrade, if only some of the drastic changes the iPhone 7 is very important for the smartphone owner. But the owners of iPhone 6 and iPhone 6 Plus and earlier models, without a doubt, you should think about switching to a much improved iPhone 7. “Seven” is definitely a huge step forward for Apple.