“It was a real miracle!” IPhone owners remember the first Apple smartphone

Exactly 10 years ago was presented smartphone in the world changed the view of mobile devices. iPhone 2G was brought to Russia from abroad, “reflash”, ordered on the Internet. In short, did everything to get a welcome novelty. About how it took the first iPhone Russian owners, told the AMF. 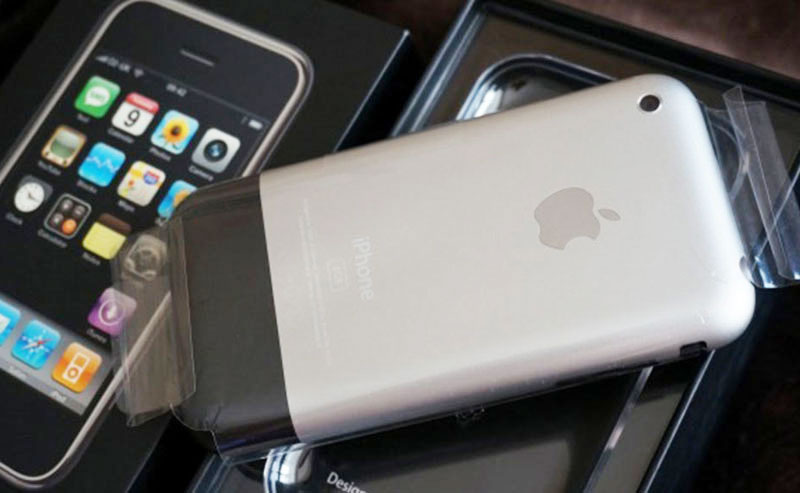 After numerous rumors and predictions January 9, 2007 Apple conference Macworld Conference & Expo in San Francisco showed the first iPhone 2G, or as it correctly is called by Apple Original iPhone.

At the time, CEO Steve jobs introduced the gadget as a combination of three devices, hinting at its importance: widescreen music player with touch controls, a “revolutionary mobile phone and breakthrough Internet Communicator”.

Six months later the iPhone went on sale. To get technological innovation, lined up in long lines. In USA order even followed by the police, to avoid a stampede. Slowly know-how came to Russia. Phone brought from other countries, “reflash”, bought in online shops — in short, doing anything to get it. 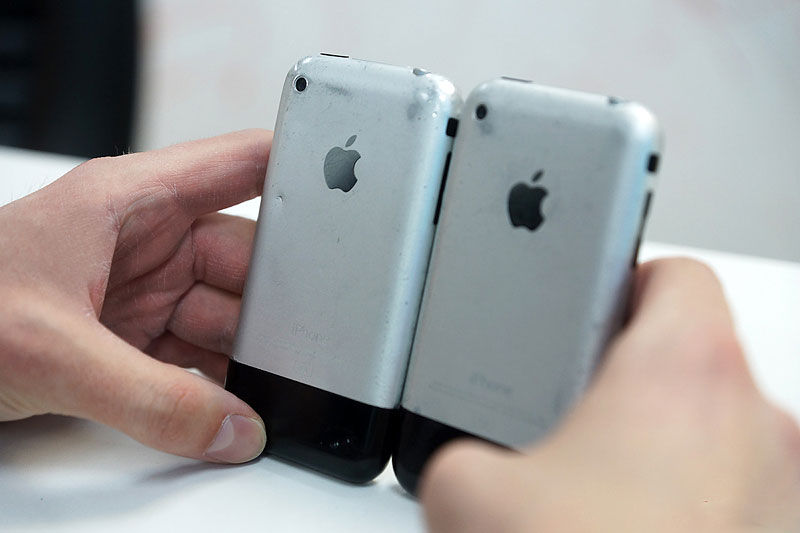 First iPhone fell into my hands in 2008, he was straight from the USA. After push-button phones I felt admiration, as if caught in the future and at this moment bothering some futuristic gadget. It was touch a miracle!

Mastered the Western technology I quickly, passing involuntarily with the question: “And as we previously have lived without it?” Didn’t want to take up other smartphones. It was then that I realized that the way back to the world of phones will be gone. 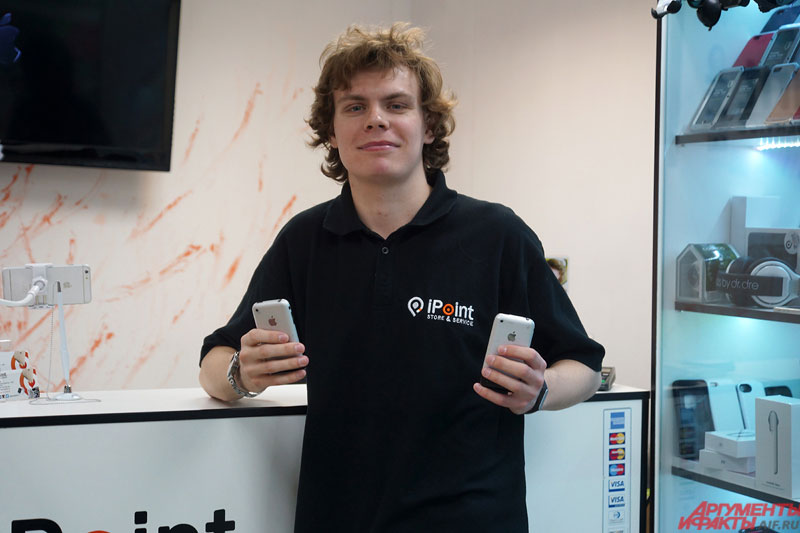 Unfortunately, the “Apple” as a phone I didn’t use it as it was imported from another country. At that time I didn’t know how to get him to “see” our SIM cards. Only a few years later, already owning the iPhone 3G and 3GS, I realized how them correctly to “hack” them to competently functioned from us. I immediately installed all sorts of applications: Twitter, Instagram and others.

iPhone 2G hooked me up with ease of use, convenience and quality. And today, 10 years later, the company continues to honor the traditions established by his first creation. First of all it concerns the design. The only thing increased screen size, but this is the requirement of today’s market.

Today I still have the first iPhone, it reminds me of the good old days. Yes, and the phone is still alive, working. However, a little bit tired and beaten. But a legend!

IPhone 2G is the first time I saw my friend, whose parents flew to Los Angeles in July 2008. At that time I was very fond of phones, but when I saw “Apple gadget” was much delighted with the ease of use, design and lack of a large number of buttons on the device. By the way, in Russia the product was not particularly popular at the time, even with my connections it search took about a month.

Taking the phone in hand, I felt a nice aluminum case. Plus a large colorful display and free interface did the trick! This I had not seen before! 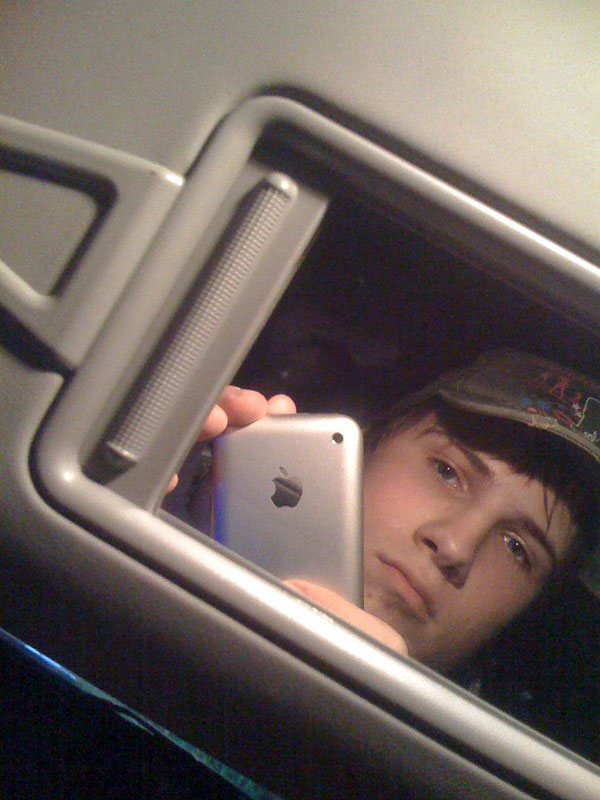 Since that time many people were sitting in ICQ, first installed the program, it turned out. The device did not support automatic reconnection to the network at the loss of connection, and “ka” all the time flew. That pissed me off, and that influenced what I later replaced the iPhone on the Nokia E71 with QWERTY keyboard.

Later, when I came home the router, I started to read foreign articles about how you can “pump” the device because of the ease of use of conventional phones were lacking. And iPhone using clever manipulation to improve and discover many hidden features.

Of the minuses: the 2G was a very quiet speaker, no video cameras, and, as already mentioned, the permanent disabling ICQ (later came another “ICQ”, working). Later I bought a more modern iPhone 3G. I was interested to see how the device evolyutsioniruet every year.

Many comrades realized that after six months using the phone I have gained immense experience in understanding the product at that time, only began to develop and win the market. Later, I created the company, which unite people with understanding and knowledge of Apple products. Now we are all waiting to see what iPhone will be in 10 years.

Sergei Vedernikov, a master of repair of equipment

iPhone 2G, I, like many other fans of technical innovations, tried out a couple of months after the start of sales in the United States. Not personally bought gave use good people. I went with the phone very long, but it was enough! However, the device is “empty”, i.e. without any programs and games. 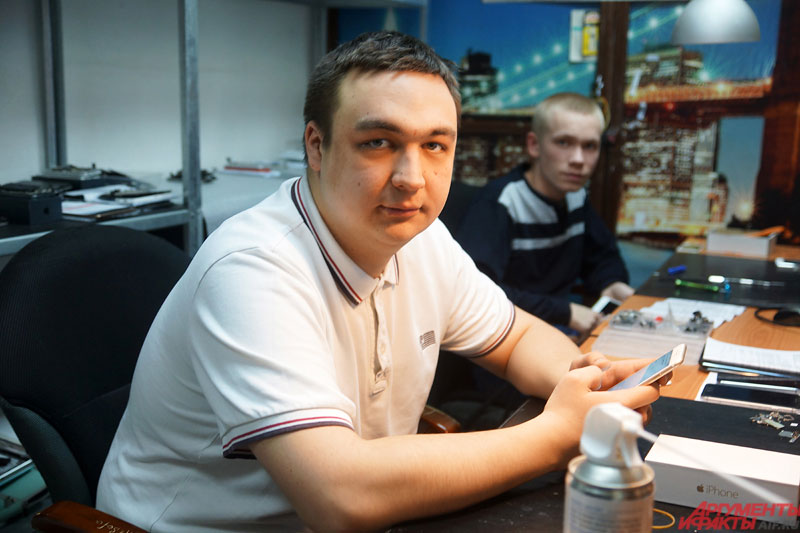 Gadget was just incredible. But strong emotions and some “wow, cool!”, I have not experienced as moral and information was ready for release device. My friends, picking up the phone, shouted: “Where is the stylus? Fingers to poke!?” It was very funny.

In General, I have long had the first iPod, then came the iPhone 2G, but I decided not to buy it. After a time, iPhone has become for me a means of income. Quickly understand all the intricacies of the device, created by masters from Cupertino, since 2009 I started to repair and service all models of Apple technology.

In 2007, I was very heard about the release of the first iPhone in the world. But a powerful advertising and PR campaigns, as at the present time, was not. So the hype around “revolutionary phone” is a bit bypassed Russia.

I remember when I had to combine studies and work, I’ve been photographing weddings and in Nightclubs. One day I was approached by father and asked, do I need a new iPhone. I don’t even remember where he got it, but I gave him a vested deferred funds from “shabashki” and happily started to use the “Apple”. However, a few days happiness is gone: I just sat for hours and versed in the intricacies of the software and firmware. 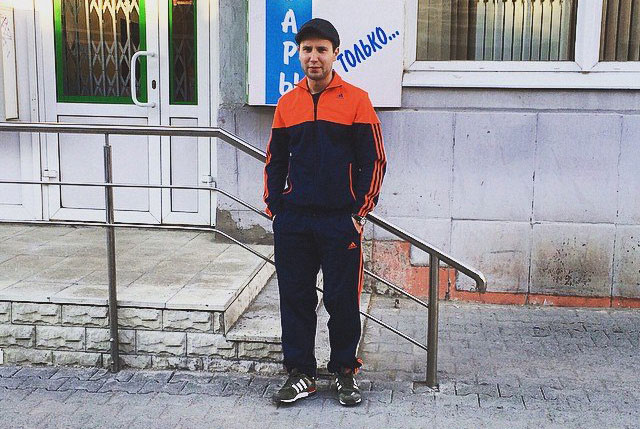 The phone was short-lived. After setting up the perfect condition with all games and apps — I quickly got bored. Annoying the screen was uncomfortable to use the sensor, plus it crashed several times on the floor. From sin I sold the iPhone to my classmate and bought a push-button smartphone, and with whom he passed several years.

Today, remembering the past, I laugh at their naivete. Indeed, it is difficult to imagine the modern world without sensors, the Internet and other super-technologies. They made people’s lives more interesting and convenient. However, we no longer have this ease, when the phone was only a communication tool, and not an artificial part of the people themselves.