Internet launched the online resource Chinese 3K Assistant, which the authors announced the creation of iOS 9.3.1 and 9.3.2 for all compatible devices. The strange thing is that while downloading the exploit, you receive the error download. 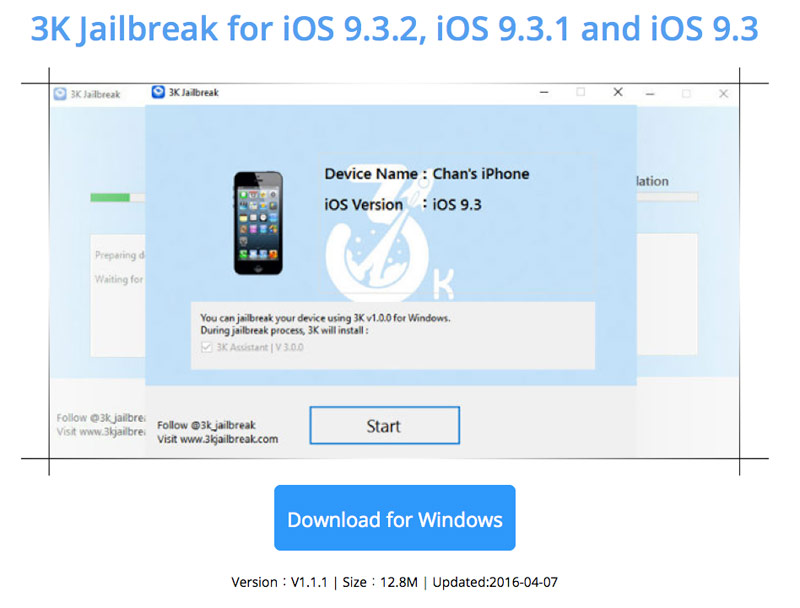 Exploit the creators promise users the ability to perform jailbreak for iOS and iOS 9.3.1 and 9.3.2, at first glance, do not require anything in return. If you click on the Download button for Windows, on the screen appears a window which says error: “Download is temporarily stopped to fix 60% of the issue. Judging by the reports of users in social networks, yet nobody is able to download the software. 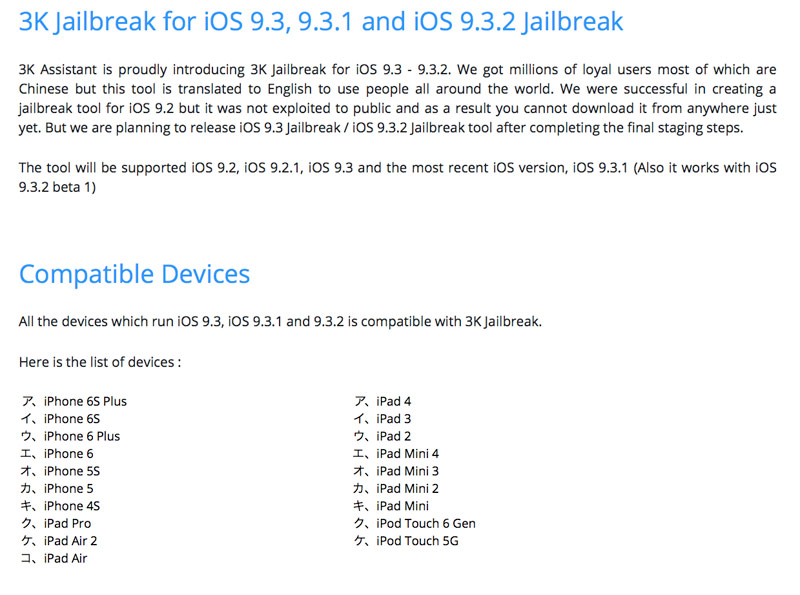 There is every reason to believe that this service is fake. And although he is no harm, use it too little. The name of the website 3K Assistant not chosen by chance: the fact that a similar naming has a real tool of Chinese jailbreak developers.

Despite the fact that the creators of the site have placed a detailed description of jailbreak iOS iOS 9.3.1 and 9.3.2, which show the steps of hacking the iPhone and iPad, designed to assure users of the legitimacy of the tool, speech, apparently, goes on the fake. 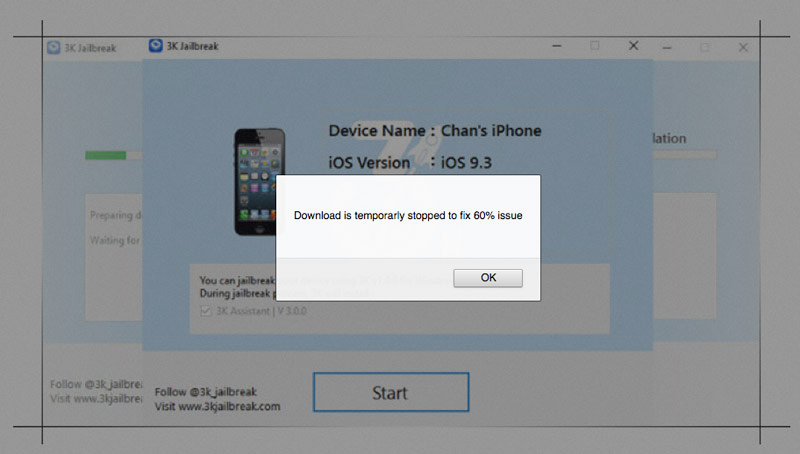 3K Assistant does not yet pose no threat. However, in the future this cannot be excluded: in a moment the link can be replaced by a malicious file. MacDigger is not recommended to install the tools without confirmation from hackers: similar projects potentially can be used to spread viruses and malware.