Chief Director of Apple’s design jony Ive gave an interview to Anna Wintour at the conference dedicated to the 25th anniversary WIRED. A top Manager told about the importance of innovation, secrecy of Apple and their future in the company. 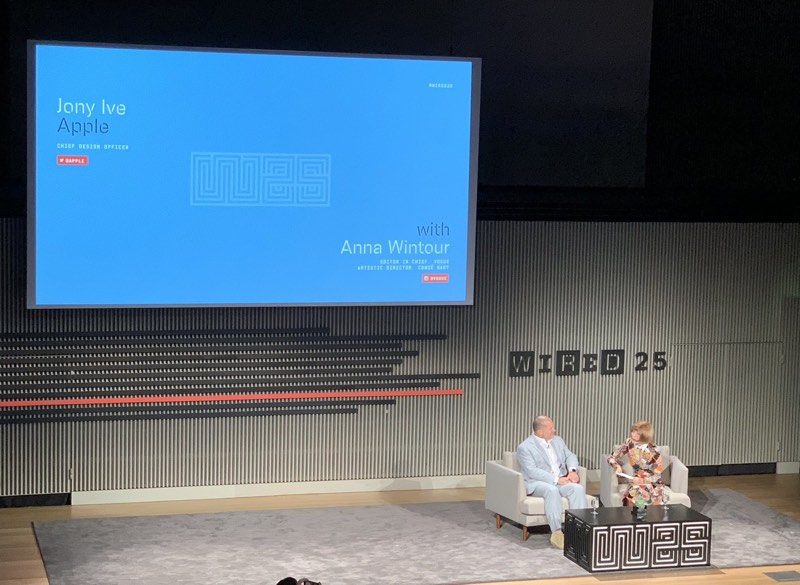 Apple adds new features such as “Screen time” because he believes that she is responsible for the product and after the sale. Speaking about innovation, Ive noted that it is impossible to predict all the consequences from their implementation.

When the designer was asked why Apple is so secretive and as much as possible keep their projects secret, Ive said, otherwise it will be “weird”. “Not everyone wants to talk about what they do when they are halfway,” said he.

I’ve been doing this long enough, so feel responsible and not talking about what you working on, because I know that the project sometimes does not work.

According to Quince, Apple it for a long time. He continues to share many common ideas with the company and with his team. “Energy and vitality in the Apple are extremely exciting,” said Ive.

Ive: If you lose this childish excitement, I think that perhaps it was time to do something else.

Wintour: You are now at this point?

At the end of the interview, Ive said that continues to gain new knowledge in the Apple with each new project. When asked about the last opening, he said it was detailed information on how to connect glass and building frame.