Kantar: iOS is growing in all major markets, Android is losing popularity in the US

Research firm Kantar has published a report describing the state of Affairs in the global smartphone market. Experts draw attention to the strengthening of the position of iOS in many countries due to the successful launch of iPhone 7 and iPhone 7 Plus. 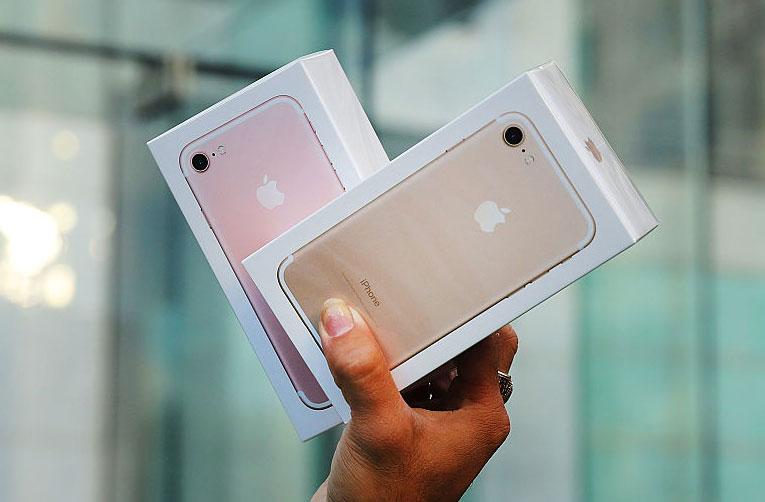 Oddly enough, but the most successful country for iOS was not the United States, and France, where its share increased from 14.6% to 19.9%. In the American market, the emergence of new leaders provided a growing share of the mobile platform by 5.2% from 29% last year to 34.2%.

It is noteworthy that the popularity of the iPhone 7 led to the fall of the share of Android in the United States. During the year it decreased by 3.3% from 66.7% to 63.4%. 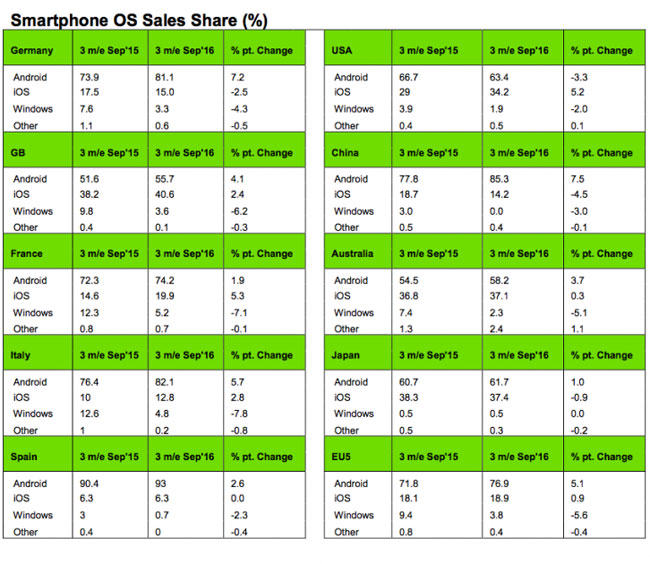 After the release of iPhone 7 we can talk about further strengthening of the position of the software platform Apple. According to a recent survey, smartphones are attracting interest not only from Android users, but iPhone owners: every owner of a smartphone on iOS planning to buy iPhone 7 or iPhone 7 Plus.

Android, meanwhile, also strengthens its position in the European market. The year sales of Android smartphones grew up in Germany, Italy and the UK – 7.2%, 5.7% and 4.1% respectively.