To see typewriter today a real rarity. But the company Rymek decided to resurrect the keyboard KnewKey that looks like an old typewriter, but inside it is an advanced device. 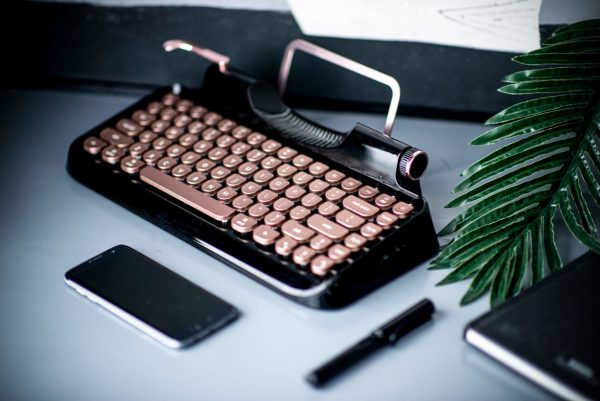 KnewKey looks like an old typewriter, but you can connect it to the computer using the USB cable to the tablet via Bluetooth. The keyboard is available in two colors: black and light caramel. In a black colour key will be installed with the switching mechanism of the Cherry MX Blues, and light caramel — Cherry MX Browns. 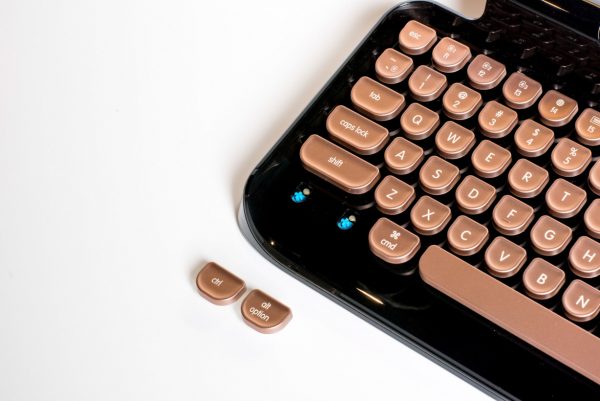 The entire keyboard, including buttons, made of plastic. For some it can be less, because the effect of a typewriter is not transmitted in full. On the other hand, KnewKey is a portable device that is designed for daily use in different places. 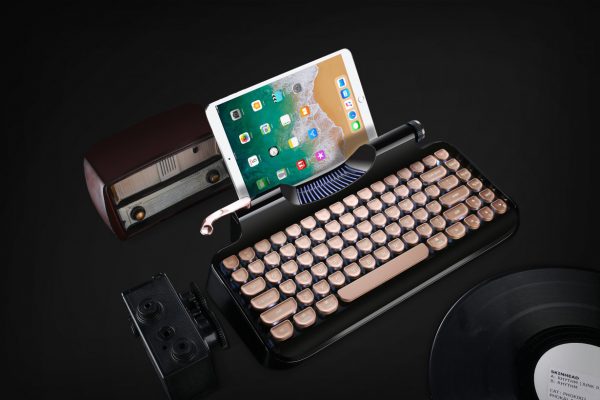 Keyboard comes with stand for tablet and smartphone. In KnewKey also built a battery at 2000 mAh, with which the keyboard according to the manufacturer, is able to work for a week without recharging. Another nice feature KnewKey is the wheel to adjust the volume. 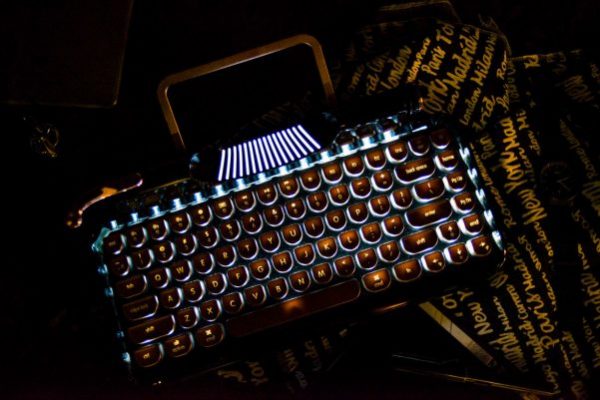 In KnewKey lights, but she’s not like other keyboards. Usually manufacturers install led under each button, but Rymek decided to install an array of bright LEDs around the perimeter of the keyboard. This creates an unusual effect, the readability of the buttons at night is not lost.

KnewKey can be ordered on Indiegogo for $ 99. This amount includes payment for international shipping, including to Russia. Deliveries to customers will begin in August 2018. Retail keyboard will cost $ 199.