Yet all quietly and peacefully followed the hype around the next flagship of Apple in Russia snuck a new Chinese company – LeEco. The office is not simple: in China it is a famous streaming service, used by about 500 million people. LeEco recently expanded the scope of activities, going to the production of smartphones, TVs and even electric cars that can be controlled from your phone. We already wrote about the company and its products, now let’s talk about specific smartphone, which recently went on sale in Russia. But how did the “coupon” batch of 20,000 units swept for two hours, and on the first day sold 121,000 phones LeEco Le 2. Let’s see what has attracted the Russians this model. 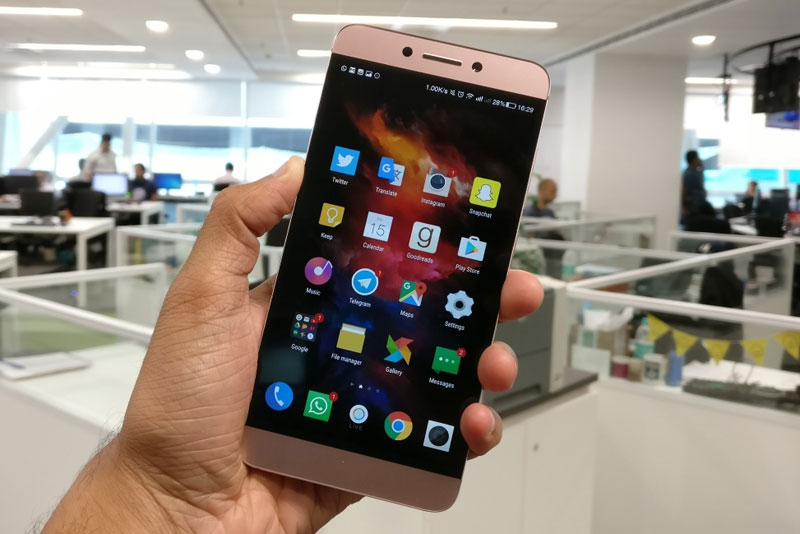 The phone comes in a stylish black box – in “the cover is engraved with the company logo, around the quiet black. Inside the phone itself, documentation, a paper clip for the SIM slot, charger, USB cable and a small adapter with USB Type-C at 3.5 mm. Yes, you read that correctly realized in LeEco Le 2 there is the usual headphone Jack, just like another well known phone. Headphones are supposed to connect either via USB or via an adapter or via Bluetooth. Of headphones, by the way, the kit doesn’t – well, well, do not have to store extra stuff. But there is a silicone case.

Looks LeEco Le 2 simply but stylishly, is the case when a classic wins Canary colors and crazy designs. The front panel is flooded with a large 5.5-inch display, at the bottom of a steel strip. Above the display is the triumph of symmetry: the tattooed in the middle of the speaker, the right pupil of the camera. Rear panel is also made of metal, at the bottom outlined with the same logo and at the top a relief chamber, under which rests the mirror sensor fingerprint. The result – smooth, clean lines of the smartphone, very narrow and very solid. 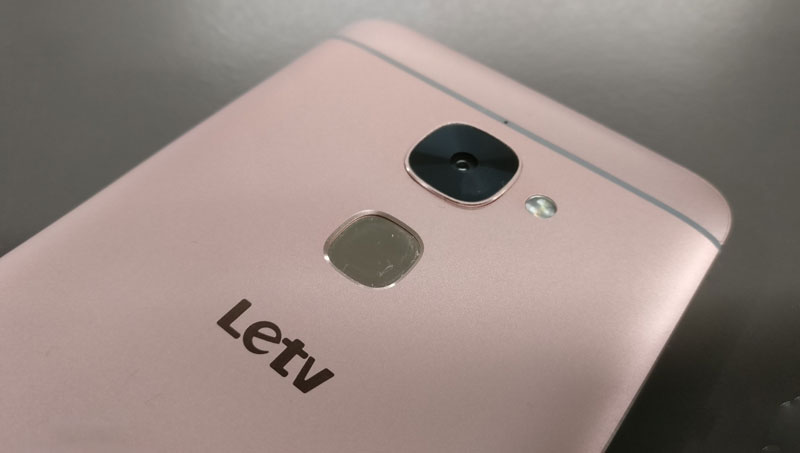 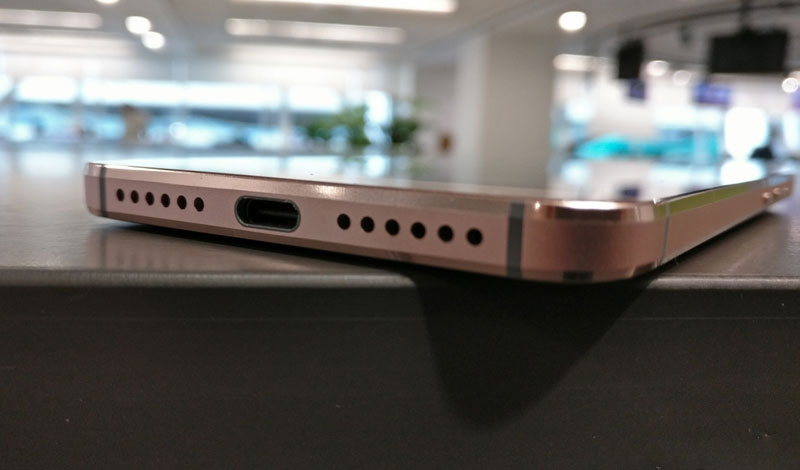 The phone is exemplary: no squeaks, backlash and all that, you still inertia’ve come to expect from the Chinese manufacturer. Again, materials – precious metal and high impact screen. Excellent, in General, the quality with nice design.

Inside LeEco Le 2 slightly frightening in this price range figures. Bend your fingers: 8-core Qualcomm Snapdragon processor 652, 3 GB RAM, 32 GB of internal (available, true, less). Games smartphone fits perfectly – all technological innovations from Google Play LeEco Le 2 will take without wincing. Annoying only one thing – there is no slot for memory card: the same 32GB is the only thing that you have. So if you like to shoot hour-long videos on the phone and store hundreds of useless applications, you will have to either be retrained or to learn cloud storage. 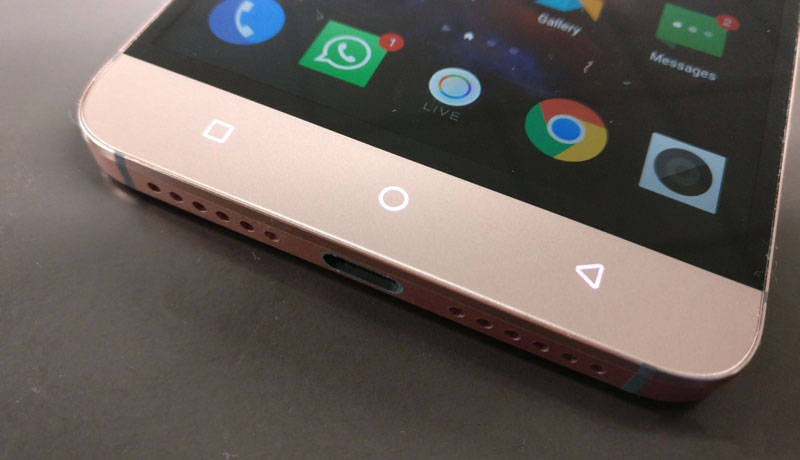 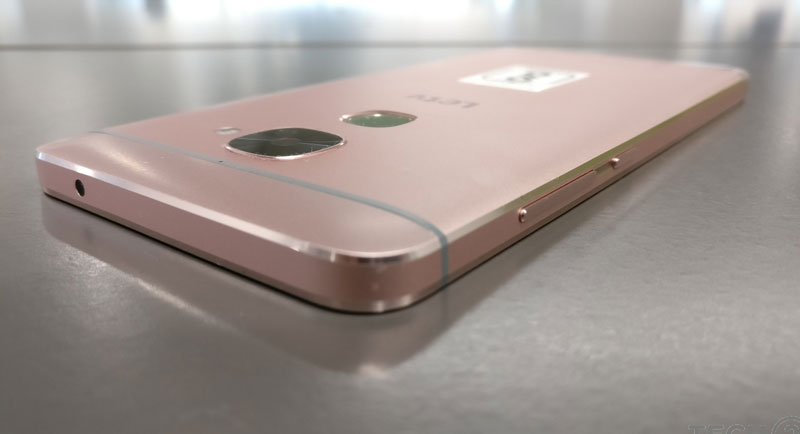 Camera. The front boasts 8 megapixels and an open aperture value to F/2.2 (this is bad) – in General, it is enough to shoot a selfie and broadcast in the “periscope”. In the main 16 megapixels, has autofocus, duchonova flash, and the aperture level of F/2.0. When the lighting’s all good, LeEco Le 2 removes fine – detail level, crisp images, beautiful. Night, evening and heavily overcast conditions there is “noise” and other unpleasant companions mobile photography. Overall, the camera is good for those task that usually stand in front of the smartphone is quite suitable.

The phone runs on a proprietary interface EUI based on Android 6.0. LeEco Le 2 does not suffer from the fact that usually criticized the Android technique is a hell of a lot of preinstalled apps, they understand the functionality and purpose. In LeEco Le 2 “apow” much less than all accustomed to, and it pleases. Also, the smartphone has interesting pieces. In particular, you can set switch on / off phone timer, ask LeEco Le 2, for example, to Wake up right before the alarm clock, nothing to burn charge at night – a smartphone will do it. 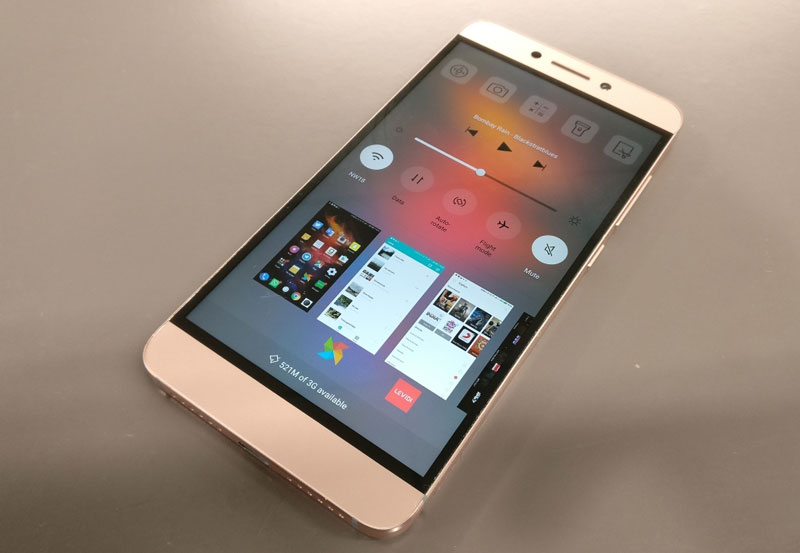 In the review we have several times mentioned the price, which is asking for LeEco Le 2. Will mention again – a little less than 15 thousand rubles. For beautiful, high-quality phone with powerful hardware, good camera and a couple of interesting software solutions.

29.09 until you can manage to pre-order with a discount of 5 000 rubles At the official website lemall.ru.