Company LG Electronics has announced a new speaker system PJ9 with a Bluetooth connection, levitating over the base station which has a subwoofer. The official presentation of the device will be at CES 2017 in early January. 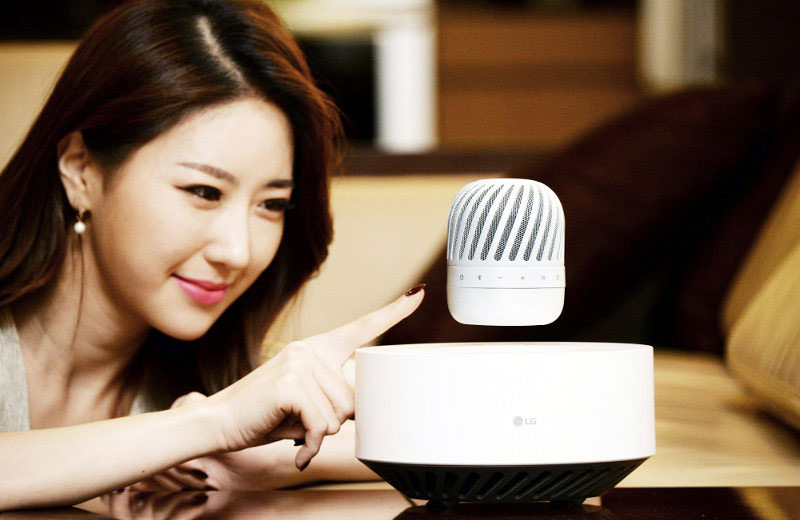 In addition to the original design in the form of turbines and the ability to reproduce sound at 360 degrees, the product stands out from analogues by the presence of the special design of the magnets, which allows the loudspeaker to literally hover above the lower part of the acoustic system.

Wireless speaker can operate without recharging up to 10 hours. After that speaker system down on the dock, and built-in battery will start charging using wireless charging technology. 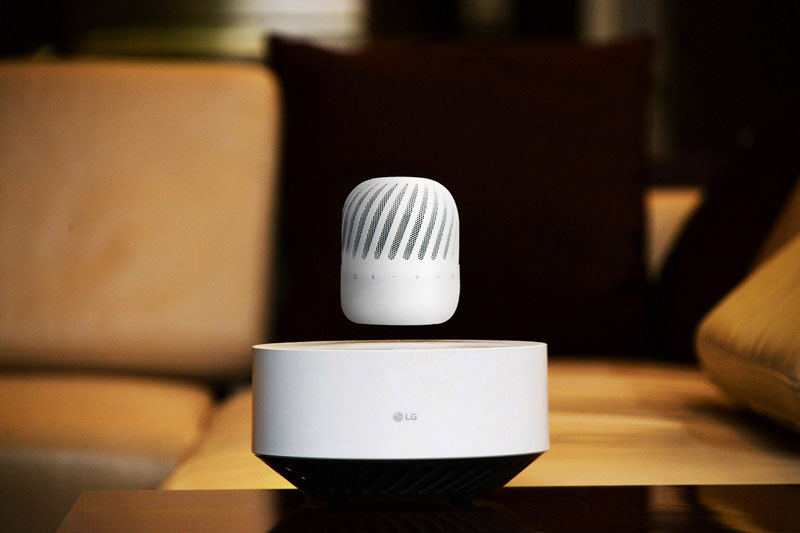 Speaker can be used separately from the base station, including outdoors. The device has degree of protection IPX7, which means that a half-hour immersion in water to a depth of 1 meter.

Recommended retail price of LG PJ9 will be announced later.