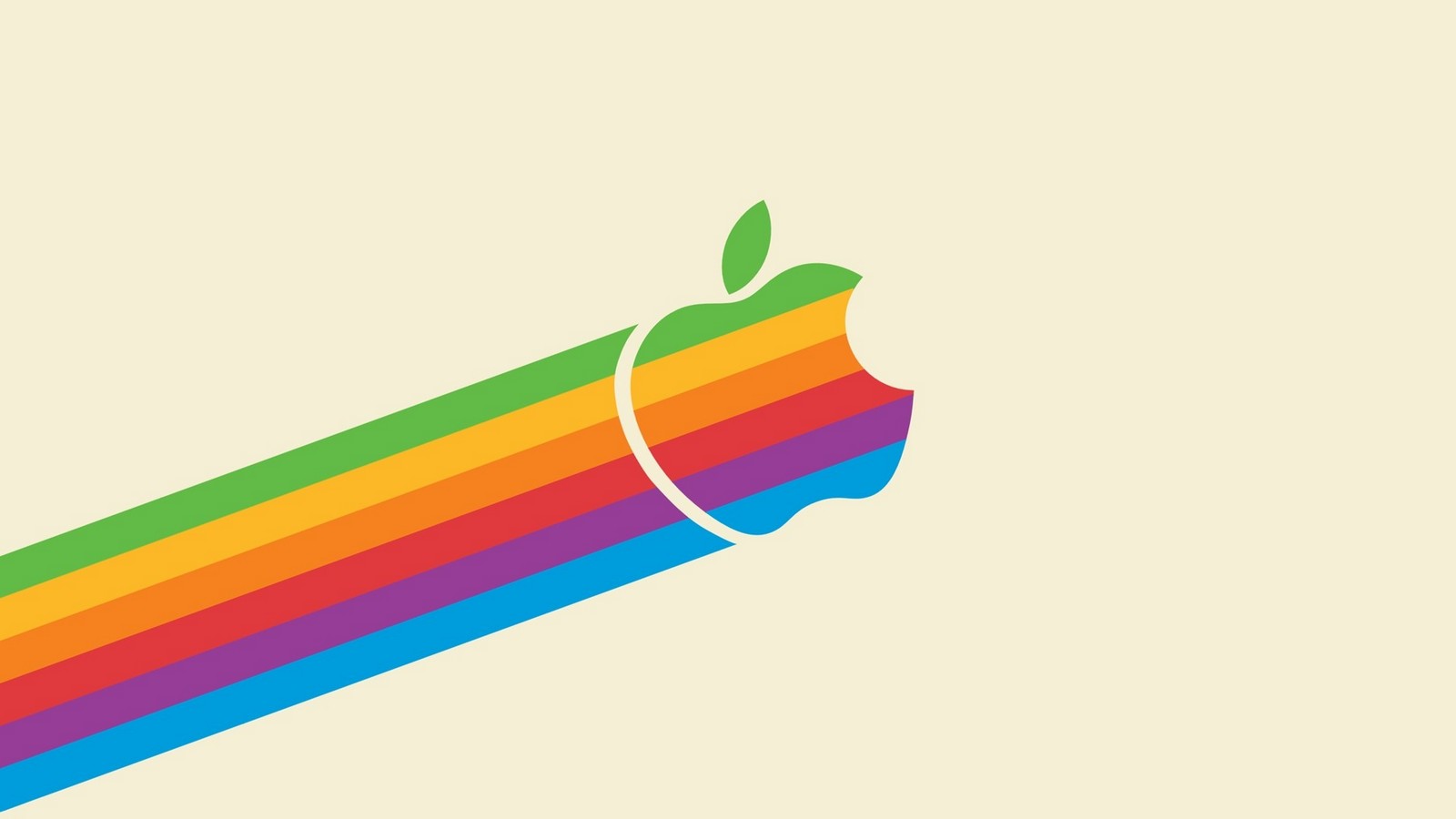 Few of our readers had the pleasure to watch the evolution of Apple since its founding in 1976. During this time significant changes were subjected not only to corporate attributes and the management team, but even the production orientation. To track the changes today is that the memories of the participants of those events, and photographs, many of which continue to gather dust in the personal archives of former employees. 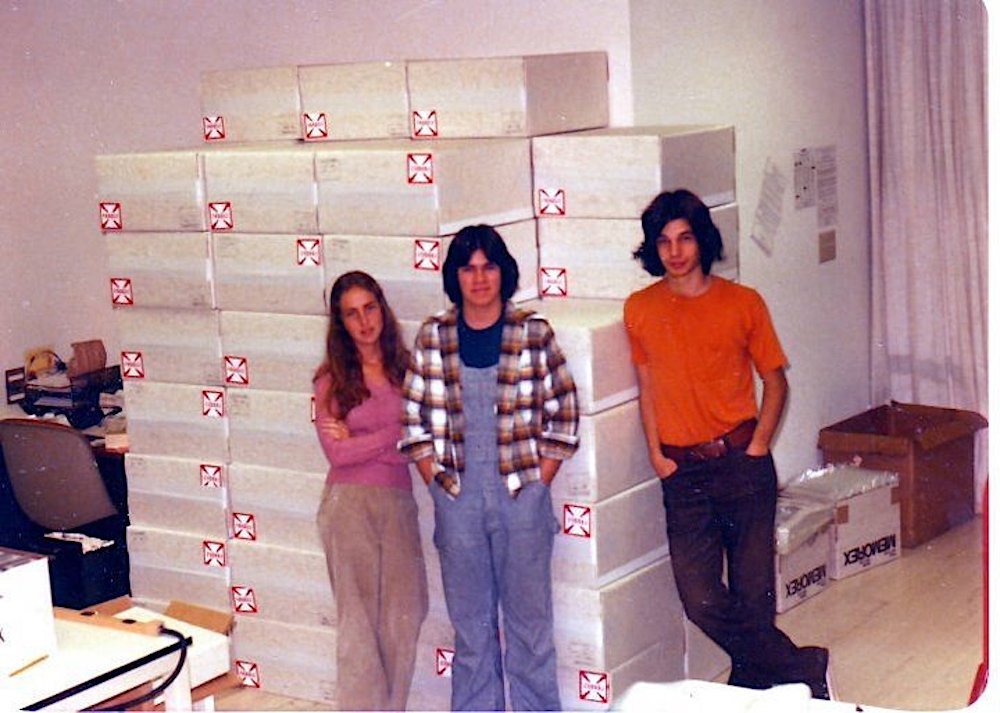 This photograph shows a little-known members of the first team of the jobs that we remember only the most dedicated fans of the company. From left to right are Chrisann Brennan, Steve’s girlfriend and mother of their common daughter Lisa, mark Johnson, hiding under the pseudonym “employee number 13”, and Robert Martinengo, engaged directly in the Assembly of computers Apple II. The youngest of them at that time was only 22 years old. 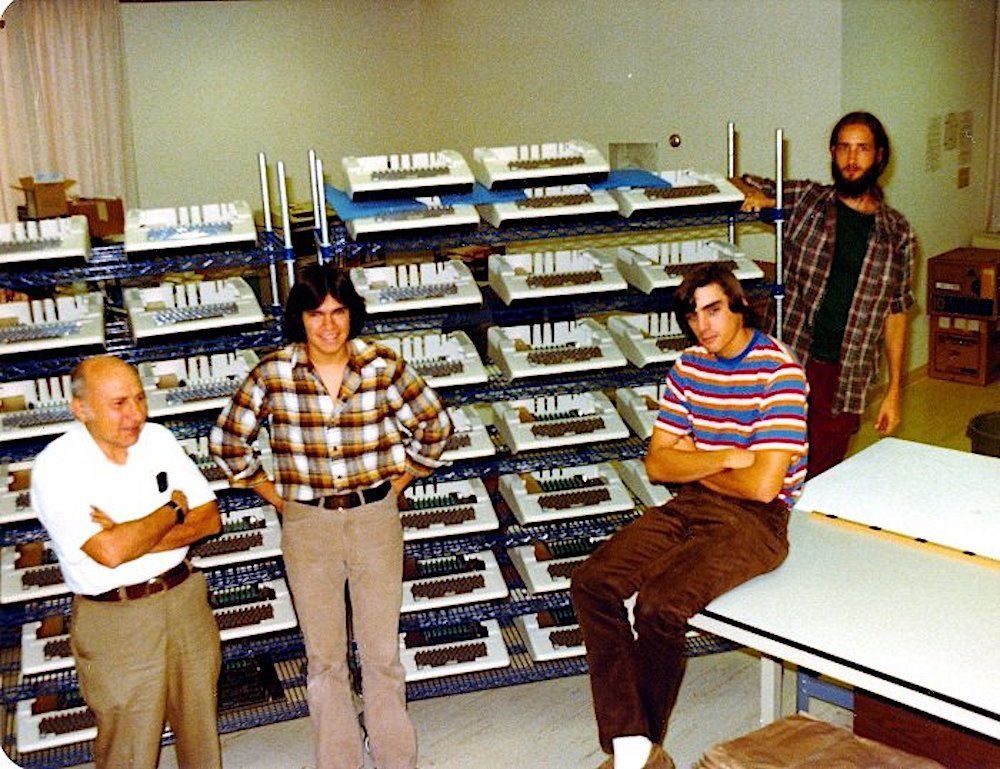 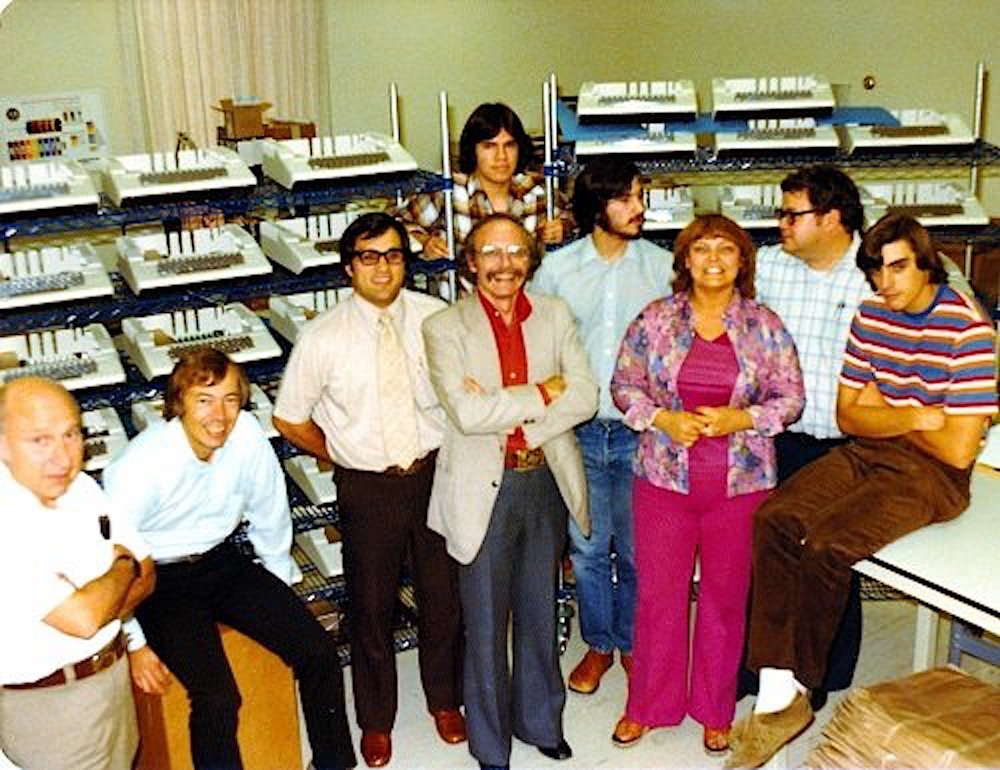 Here, in contrast to the previous picture, a lot more actors, among which as if by chance to come see me, Steve. There he is, fourth from the right, pregledavate with Mike Scott, the first Director of the company. “That day we were expecting delivery of a batch of computers Apple II, consisting of 57 pieces — says Martinengo. – We managed to collect them, test them and send it to sell in just one week. Then it was a great achievement for us all.”

The conditions in the first office of the company, frankly, was so-so. To a greater extent its interior resembled the area of a school teacher works. No you dual monitors with a resolution of 5K, no glass tables, no leather recliners. Products that was destined to produce a revolution, was born in truly Spartan conditions. 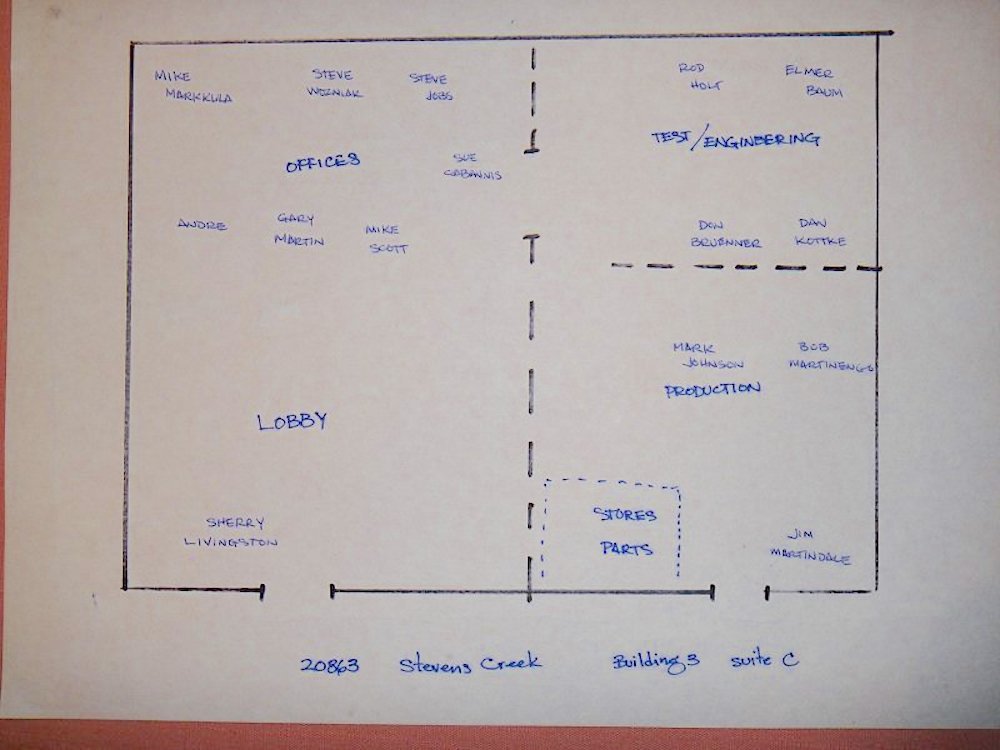 And it looked like the plan of the office premises of Apple, which just yesterday was trying to do in the garage of Paul jobs. Can you imagine how little space was required innovation. 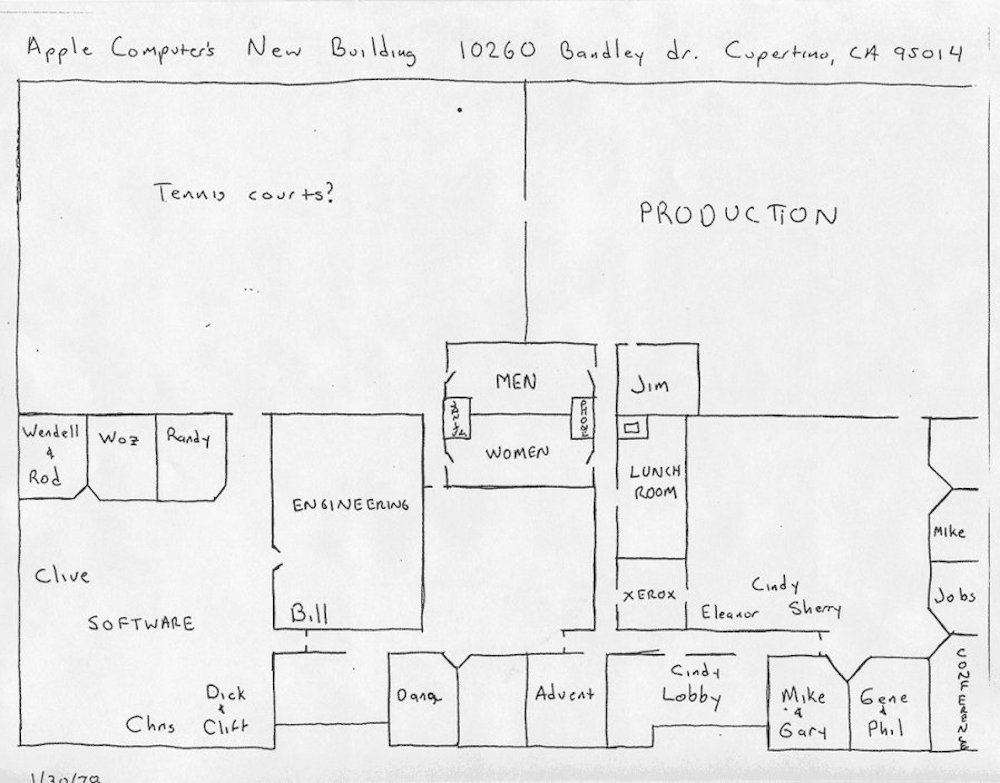 Later, when the team was close to my previous office, they rented a room roomier. 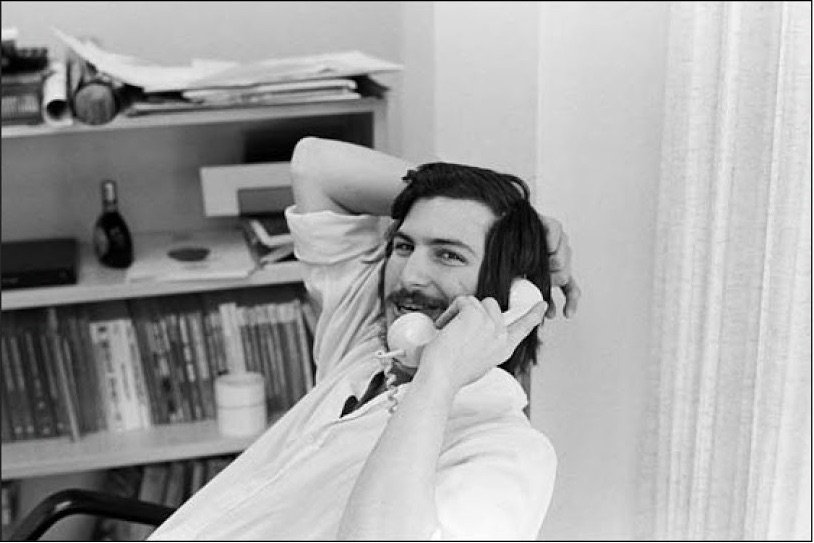 And that jobs, who was caught in an important conversation with partners and who managed not to get lost in front of the camera. 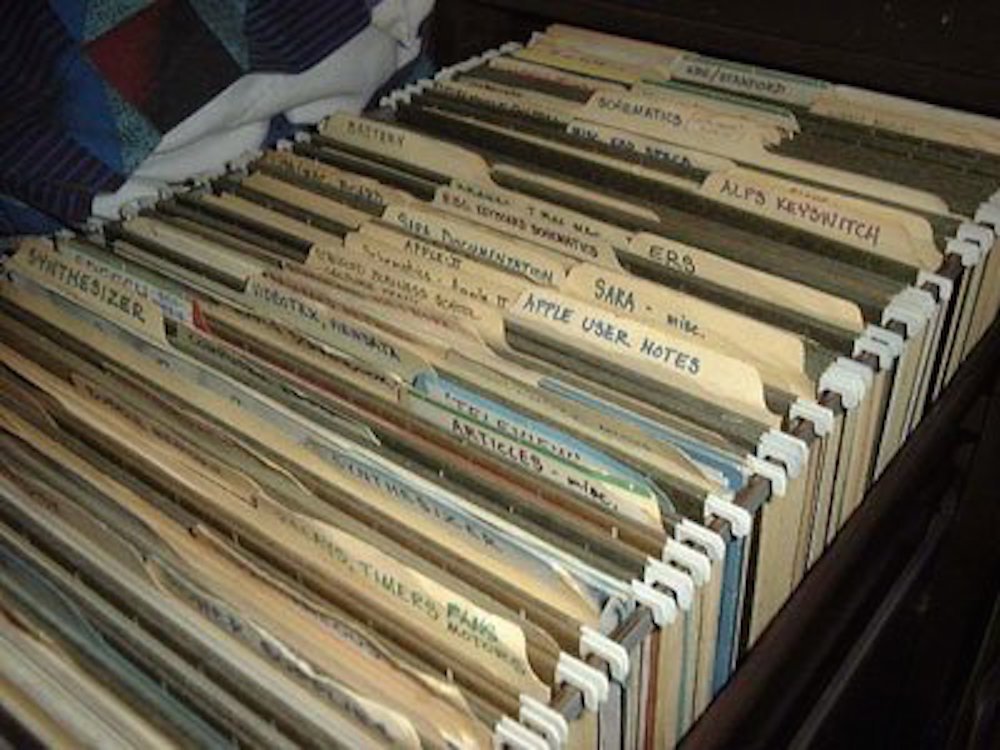 Here the first filing company. In the late 70-ies of the last century, when the digitization of files and the cloud storage was not out of the question, filing and archiving of corporate documents were approximately.