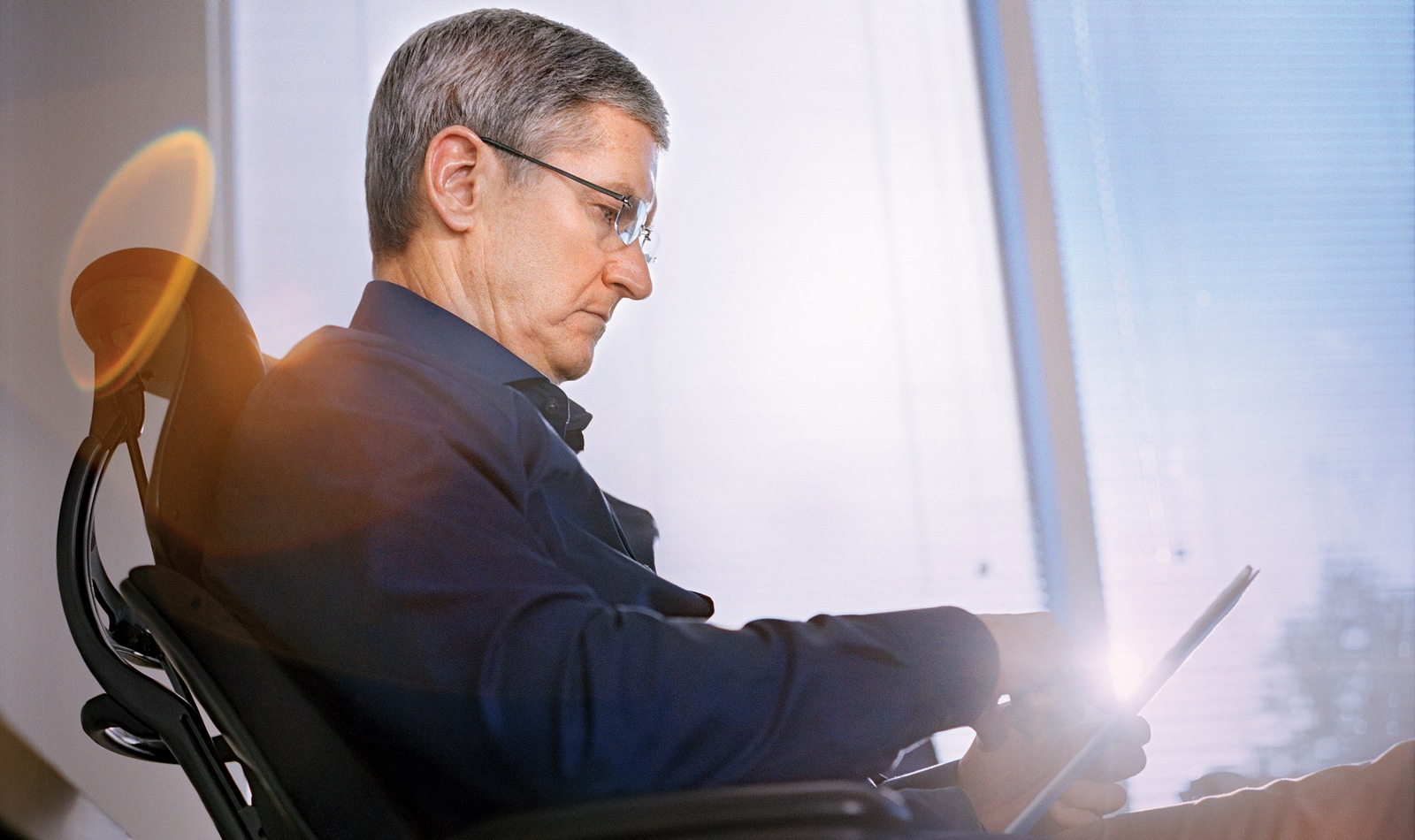 Thanks to the authors of the program “60 minutes”, we were able to verify the existence of project Apple Store of the future, and also see design Studio of jony Ive. Today we offer you to look at the interior of the office Tim cook. More on the best half.

Wanting to tell the widest possible audience about the conflict Apple and the FBI, cook was invited into the Cabinet of journalists of the TV channel ABC, where he shared the details of the controversy. However, we are interested in more.

Thank you for receiving us in his office, — the interlocutor thanked correspondent David Muir. – It seems to me that never met for an interview in your office.

– Personally, I’m not sure I ever gave an interview in the office, said cook.

The first frame clearly shows us desktop Tim, who hoisted iMac latest model. It is easy to guess because cook spends the most time. The opposite wall is permanently active MacBook required by the head of the company for less significant actions. However, it is possible that the idea to leave the laptop open belongs to someone from the crew. 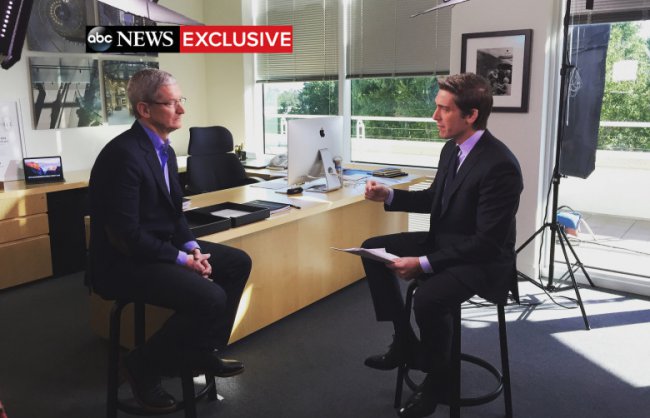 For the candy bar we can see a metal water bottle, the contents of which remained behind the scenes. Perhaps, like all Americans, cook prefers to keep on hand huge mug of coffee, absorbing it in incredible quantities.

The walls are decorated with pictures Apple Store from all over the world, made at different times. For Tim, you can see the new York pavilion, as well as glass staircase leading to one of the “Apple” of the temples. 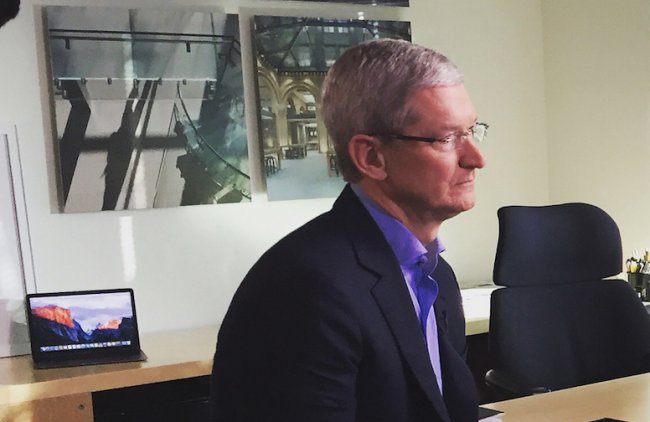 Also pay attention to the image located behind the right shoulder Mure. It sounds suspiciously like the poster, released during the advertising campaign “Think Different”. A tribute or memory about the past. 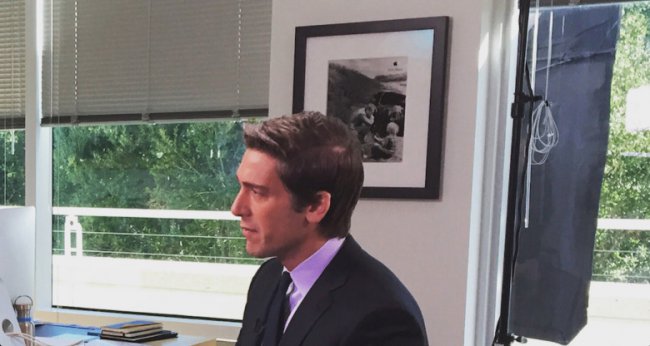 Moving on to more personal details, having to cook a deeper meaning, note the poster of the soloist of group U2 Bono. At one time managed to persuade jobs to spend money on charity, creating a product line of Product(RED). Located next to award Tim the Robert Kennedy Foundation for his contribution to the development of human rights. 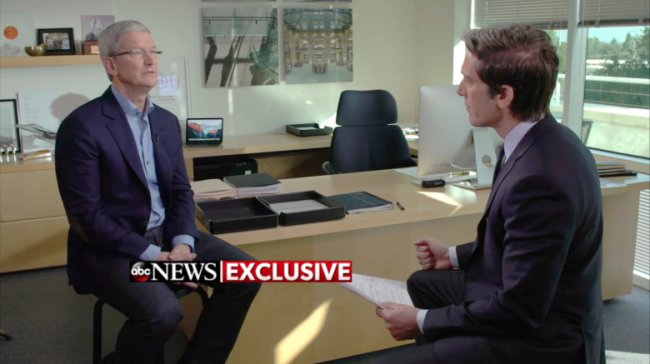 Noticed something else? Let us know in the comments.