MacBook Pro vs Surface Book: what laptop is better suited for the job

If you are planning to buy a laptop and you need one of the most productive machines on the market, you should definitely get accustomed to a new MacBook Pro or Surface Book. Of course, then you should make allowances for the fact that both devices are not the most affordable on the market, in terms of prices, but you can be sure that they will last you a very long time. 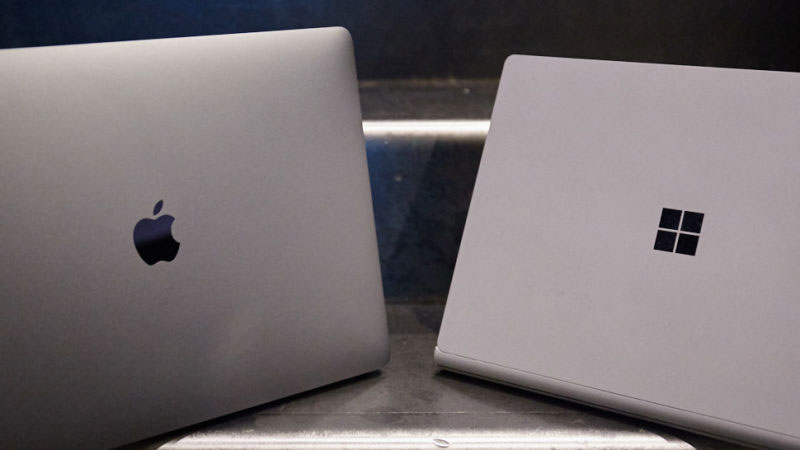 Both laptops are comparable with each other technical characteristics, so the choice between them pretty hard (talk about the ecosystem and the fundamental differences in Windows and macOS are not taken into account). Microsoft and Apple in their commercials and the presentation was noted that the laptops are perfectly suited to “professionals” (for work with multimedia content – photographers, designers, film editors). Some of these devices will ultimately be preferable?

Let’s start with the fact that both companies have chosen different graphics card manufacturers – this year, Apple partnered with AMD and Microsoft with Nvidia. The new MacBook Pro features the AMD Radeon 450 Pro, Surface Book got Nvidia 965M. Both cards are very compact and consume minimal amount of energy, due to which managed to achieve a high autonomy of laptops.

In this case, as appears from the conclusion of Gizmodo, Nvidia is slightly more versatile, but it is quite average to cope with the games and work on 3D-objects, while the alternative from AMD is more suitable to work, and more confident to cope with 3D graphics. That’s why MacBook Pro shows better in synthetic tests, not related to games. 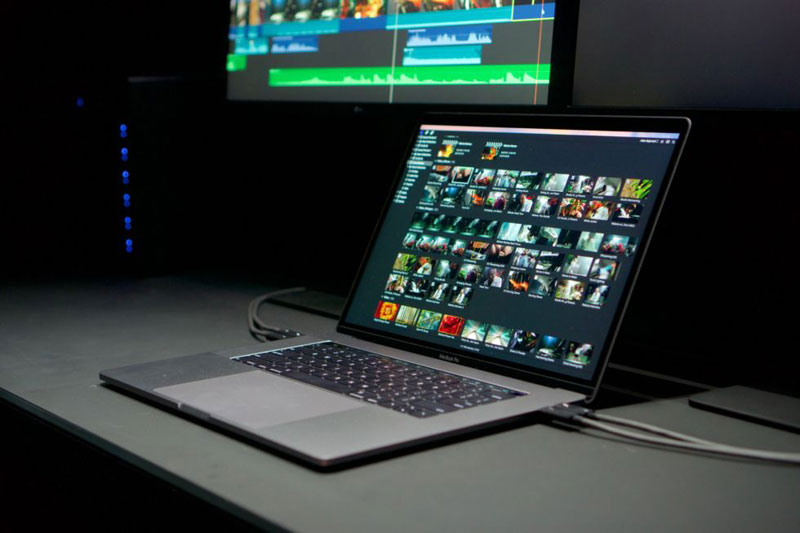 The second reason why the MacBook Pro is superior to the competitor – support monitors with high resolution. Discrete graphics laptop supports DisplayPort 1.2, making the 15-inch MacBook Pro can run two 5K monitors at the same time.

As explained by Ars Technica, the graphics GeForce Pro 450 is capable of producing six “streams”, each of which can broadcast the image on the external monitor until 4K. Unfortunately, the technology does not support 5K monitors, so they need two “flow”, and thus the two images displayed on one screen, giving greater clarity and contrast. In the end, for two 5K monitors you need four “flow” and one will need to MacBook Pro screen. Intel can’t provide two 5K monitors at 60 Hz, and since the MacBook Pro relies on the job for professionals, the manufacturer has decided to withdraw from Nvidia.

Note that if you plan to use the new laptop not only for work but also for games, you can always connect your MacBook Pro external graphics card. As it turned out the day before, the new laptops support docking station Core from the company Razer is true, it will have to install Windows in Boot Camp mode. It is likely that in the near future, GPU manufacturers will develop drivers for MacBook Pro that will make it possible to connect an external graphics card in the macOS environment. At least it’s something to hope for.